Niti Taylor announces her engagement and introduced her fiancÃ© to the world by posting a 'lost in each other's eyes' picture with the 'man' of her life, Parikshit Bawa.

From what looks like it, Cupid has been kind to our B-town and telly world celebrities for quite some time now and has been spreading love bubbles for them. The love bubbles we are referring to in here are not just limited to mere flings, it has instead taken the shape of ‘happily ever after’. After a lot of telly world celebrities taking the plunge including the latest being Charu Asopa and Rajeev Sen, looks like another TV diva is set to walk down the aisle. Kaisi Yeh Yaariaan fame, Niti Taylor has decided on forever with the love of her life, Parikshit Bawa. (Also Read: Ranbir Kapoor Has Asked Alia Bhatt's Hand For Marriage From Mahesh Bhatt For Their 2020 Wedding?)

Niti Taylor made her TV debut in 2009 with the show, Pyaar Ka Bandhan and later went on to have a lot of big banner shows including Bade Acche Lagte Hain and Ishqbaaaz in her kitty. It was her role as Nandini Murthy in Kaisi Yeh Yaariaan that had bagged her the fame she had yearned for. In December 2015, Niti became the highest placed newcomer (15th position) in the 50 Sexiest Asian Women list of the UK based newspaper Eastern Eye. Riding high on the professional front, Niti is currently on cloud nine on her personal front too! 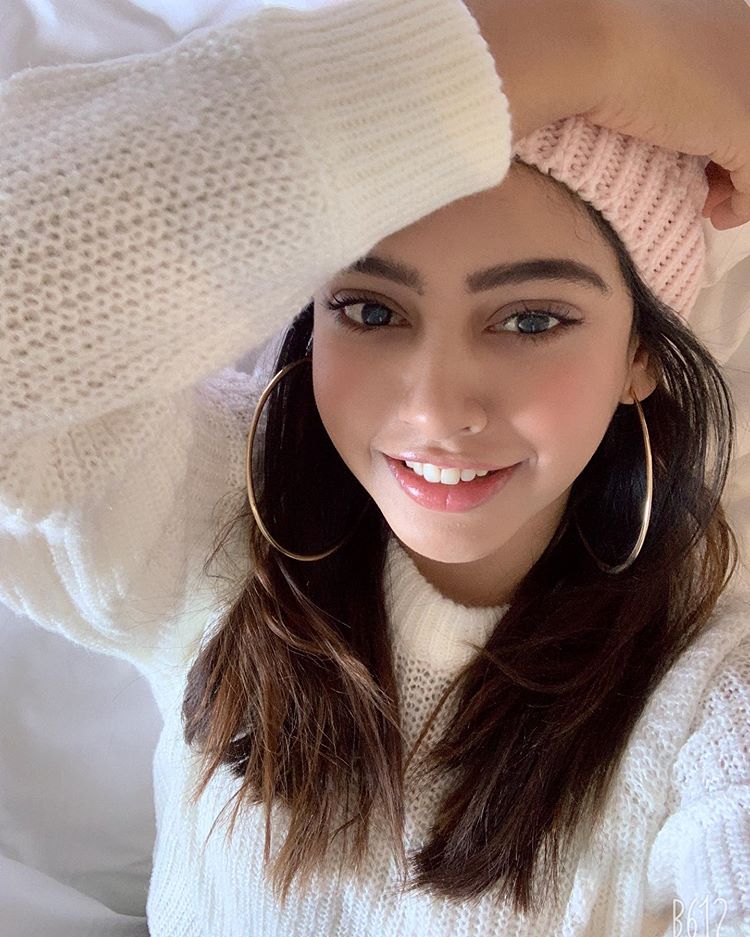 Just a few minutes ago, Niti Taylor surprised everyone with the news of her engagement and introduced her fiancé to the world. Posting a ‘lost in each other’s eyes’ picture with the ‘man’ of her life, Parikshit Bawa, Niti wrote, “We decided on FOREVER. On the eve of beginning my life's most beautiful moment, I feel all the love and happiness there possibly can be. It only feels complete after letting you all know. I've had your love and support since the past decade and with great happiness I'd like to inform everyone that I'm getting ENGAGED! We would like to share this moment with you all and seek your blessings and good wishes for this new innings in our lives… #PARTITAYLES.” 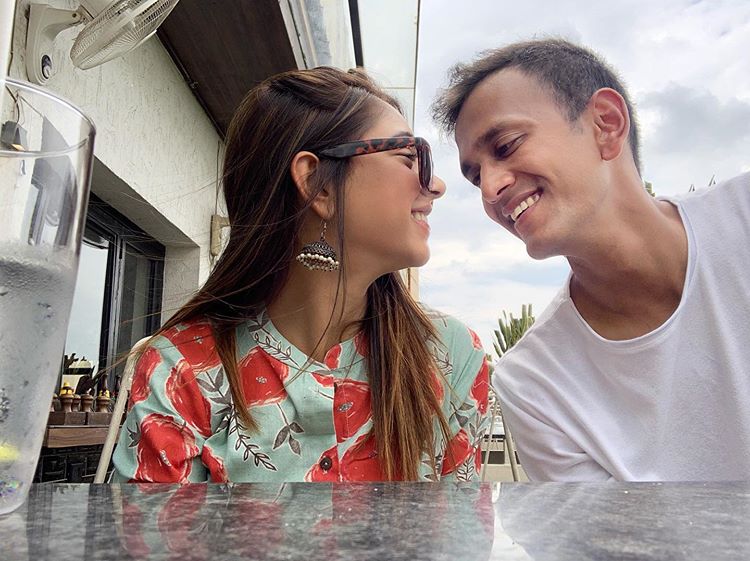 Videos and pictures of Niti Taylor dancing like there no tomorrow at The Drunken Botanist, DLF Cyber City, Gurgaon with her friends, has been circulating on the internet, and if the reports are to be believed, it is from her bachelorette bash. When TellyChakkar contacted Niti to comment on the same and was asked if she is getting married, the Laal Ishq actress retorted, “No, I am not getting married. I am on a family vacation and the news about me tying a knot is incorrect.” (Also Read: Shloka Mehta Arrives Hand-In-Hand With Husband, Akash Ambani For Reliance AGM, Ambani Clan Joins Too) 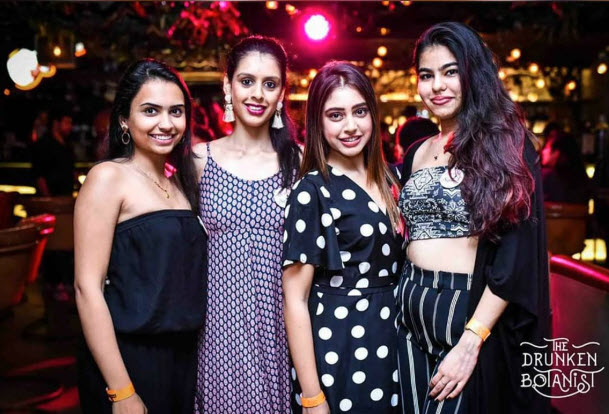 Viewers were madly-in-love with the on-screen chemistry of Kaisi Yeh Yaariaan fame, Parth Samthaan and Niti Taylor. Even their off-screen chemistry became a rage among the youth and when viewers got to know about their breakup, it left them heartbroken. With the season 3 of Kaisi Yeh Yaariaan post their breakup, Niti had revealed what has changed in her relationship with Parth. In an interview with the India Today, when Niti was asked about the speciality of this season, she had replied, “In these years, we have (Parth Samthaan and I) matured as actors. I have grown as a person. I was a different person when I started the show. The scenes turned out to be better than expected. It was very natural and nothing over-dramatic. While when we shoot for TV, they need a little more drama. But over here, it was more real.” 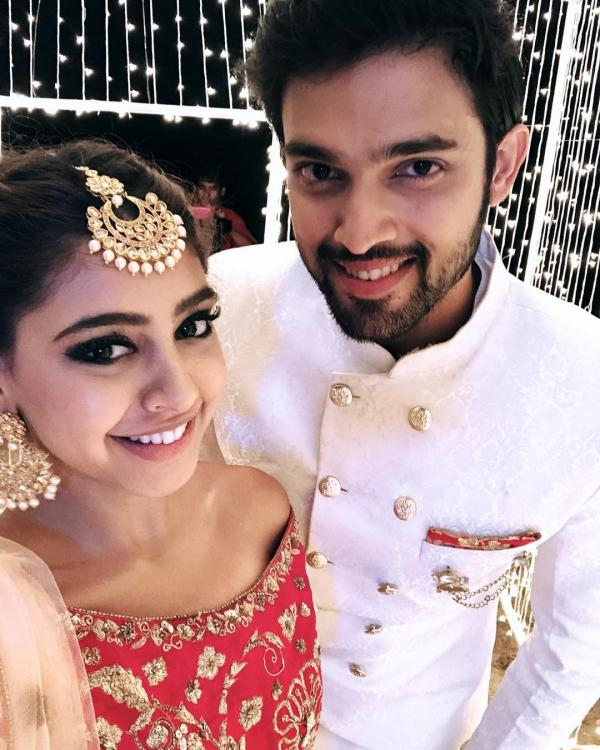 Speaking about the rumours of her and Parth Samthaan not getting along well, Niti Taylor had stated, “No, we are like house on fire. I don't know how we've done the scenes because half the time we kept laughing while shooting.” On the other hand, in an interview with The Indian Express, Parth had shared, “Before we started, we discussed whatever issues we had and decided that we will start afresh, so that work doesn’t get hampered. We are young people and all we want is to bring positivity around us. You can be cold, negative and bothered about people and situations but you can’t carry the baggage for years. There has to come a point, where you need to let it go. It will only make you a better person.” (Also Read: Shweta Bachchan Made A Statement In White On Wedding Ceremonies, Resemblance With Navya Is Uncanny) 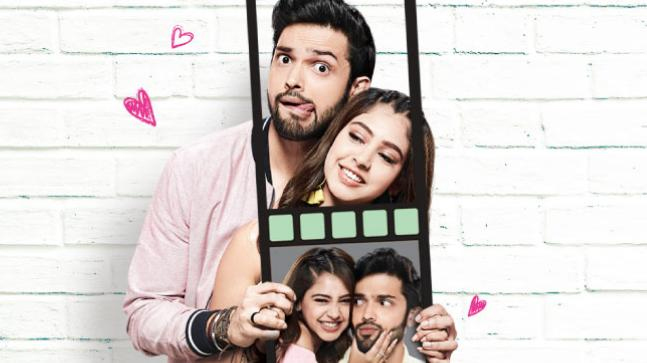 Congratulations Niti! Can’t wait to see you as a bride! 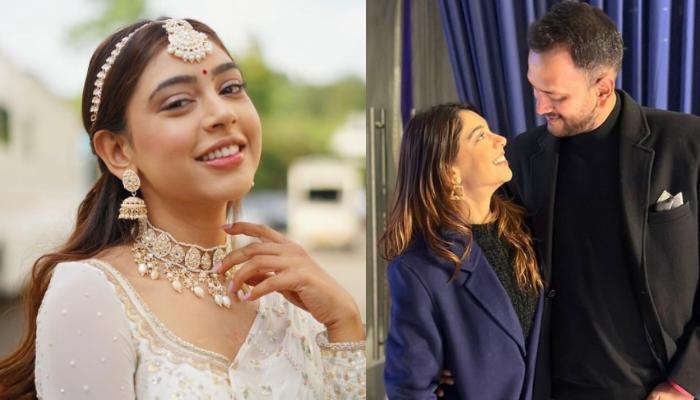 After spending close to a decade in the television fraternity, Niti Taylor has become a household name now. Recently, she won hearts with her superb dancing talent on the popular show, Jhalak Dikhla Jaa 10. While social media has proved to be a boon for many, Niti had a bitter