Sachin Tendulkar's daughter, Sara Tendulkar is more than just a daughter of Indian cricketing legend. She has become a social media star, all thanks to her fashion sense. Exactly 31 years ago, on November 15, 1989, a 16-year-old boy was handed his maiden Test cap and that was the start of his glorious cricketing career with his first debut match against Pakistan. He has set a record for being the youngest Indian ever to do so. And that young boy is none other than the master blaster, 'Sachin Tendulkar', who went on to become a cricketing legend for the entire world. It was an unforgettable debut and he was hailed as a cricket god for millions and billions of Indians.

While Sachin had a marvellous career, his personal life wasn't any different. But the cricketer has always been an introvert when it comes to discussing his 'happily ever after' with wife, Anjali Tendulkar. For those who don't know, Sachin and Anjali had dated for five long years and had exchanged wedding vows on May 24, 1995. The duo was destined to meet and Anjali believes in it. Together Sachin and Anjali have nurtured their two kids, Arjun Tendulkar and Sara Tendulkar. And here we are not talking about the extraordinary life of Indian cricketing legend, Sachin, but his daughter, Sara Tendulkar, who has already become a social media star, thanks to her amazing fashion sense.

Recommend Read: Never Been A Part Of Any Controvery, Sachin Tendulkar Is An Ideal Husband And A Perfect Family Man

Sara Tendulkar Is More Than Just The Daughter Of Sachin Tendulkar

Sara is one of the most popular celebrity kid, who has a following over 600K on Instagram. She has become the entire nation's heartbeat with her simplicity and on-point fashion statement. At the mere age of 22, Sara is setting trends and her every outing turns into inspirations for budding fashionistas. One look at her Instagram feed and you will spot ample dosage of style, right from ethnic wears to western wear.  And deep down, the media mills are waiting to get the good news of Sara making her debut on the Silver, but looks like, there is still a lot of time for that to happen. 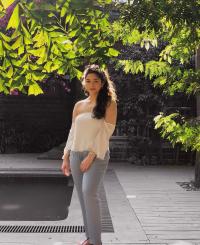 Also Read: Sachin Tendulkar Saw His Wife Anjali For The First Time At The Airport And Fell In Love With Her

Sara Is A Mirror-Image Of Her Mother, Anjali Tendulkar

Sara is the most pampered kid of the Tendulkar family. While the entire family loves their not-so-little princess, Sara is a carbon copy of her mother, Anjali Tendulkar and we are sure it makes her a complete momma's girl. She has not only gotten good looks from her mother, but she is also following her footsteps when it comes to her career. She has graduated with a degree in medicine from the University College of London. However, she has done her schooling from Mumbai’s Dhirubhai Ambani International School and later went to London for further studies. 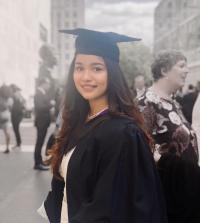 Sara's graduation pictures had made headlines on the internet, but it was her father, Sachin, who had gotten extremely emotional to see his daughter's accomplishment. He had shared an adorable tweet on his official Twitter account and had written, "It feels like just yesterday when you left home for @ucl, and now you are a Graduate. Anjali and I are so proud of you! May you go out and conquer the world Sara." 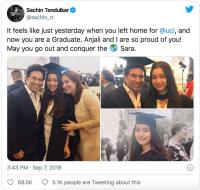 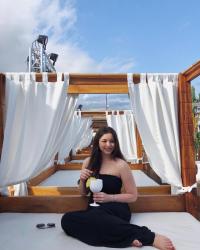 Sara's effortless 'fashion game' has become the best friend of the millennial generation. From sporting gorgeous ethnic wear to acing her western looks, the gorgeous star-daughter knows what to flaunt and when. If you are going out for a day out with your friends, then take cues from Sara's recent looks. For an outing with her friends, she had opted for a white off-shoulder top and had teamed it up with skinny brown abstracts pants. She had kept her centre-parted hair tied in a bun, giving us the Indian Rapunzel feels. 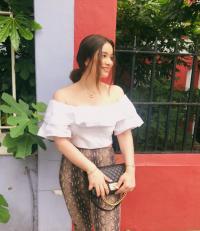 If you want to channelise your desi side then Sara has a plan for it too. Her Manish Malhotra lehenga is already winning many girls' hearts. 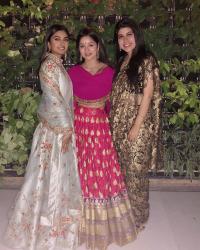 She loves travelling and owns the trendiest pieces to make her travel story worth telling. Take for example this personalized straw hat, she had donned for one of her vacations with her best friend, Gayatri. The straw hat had Sara's name written on it in white. 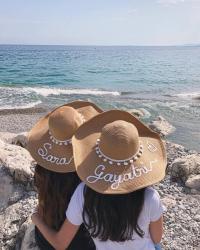 It is said that only a father has the capability of making his daughter a princess, and this stands perfectly true in Sara and Sachin's relationship. He shares the 'Bestest' (if you know what we mean) advice to both his kids. We remember in an interview with the Hindustan Times, Sachin had shared the important lesson, he often teaches his kids. He had said in his statement:

"I tell Sara and Arjun that too. Value whatever you have got. If you are complaining about things you don’t have, trust me, even at 80 you will be doing the same and life will pass you by. Each one has his own share. God fixes a quota of things for everyone. You can’t have everything always. It is important to make the most of what is allotted to you. I have enjoyed every stage of my life. I am happy where I am, and thankful to god for blessing me with so much." 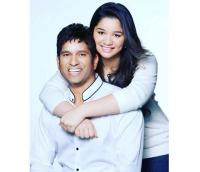 We still remember Sachin's retirement speech, wherein he had apologised to Sara and Arjun for not spending much time with them. The speech still echoes in our ear. He had said:

"I wanted to spend so much time with them on special occasions like their birthdays, their annual days, their sports day, going on holidays, whatever. I have missed out on all those things. Thanks for your understanding. Both of you have been so, so special to me you cannot imagine. I promise you [that] for 14 and 16 years I have not spent enough time with both of you, but the next 16 years or even beyond that, everything is for you ." 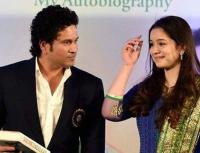 Well, we are sure Sara can write a whole book on 'fashion for millennials'! What do you think?

Don't Miss: How A Celebrity Fell For A Commoner: Shreyas Talpade And Deepti Talpade's Love Story