Bollywood actress, Sara Ali Khan donned a 'sharara' set at Varun Dhawan's party. However, it was her bandaged nose that grabbed a lot of attention.

Saif Ali Khan and Amrita Singh's daughter, Sara Ali Khan, is one of the most talented actresses of her generation. Sara has made a strong name for herself in the Bollywood industry, and she never fails to amaze us with her talents. Apart from her powerful acting mettle, she often becomes the talk of the town for her ethereal beauty and charming personality. Over the years, Sara has also been an inspiration for the youth and won the hearts of many with just a sweet smile.

On January 24, 2023, Sara Ali Khan graced Varun Dhawan and Natasha Dalal's second wedding anniversary party. While every other guest arrived in their stunning black-coloured outfits, Sara added a pop of colour with her vibrant look. For the bash, the actress opted for a pink-coloured sharara set with blue floral prints all over it. She completed her look with a matching dupatta, pink juttis, minimal makeup and open tresses. Flaunting her jhumkas and a bindi, Sara looked stunning in her ethnic ensemble. 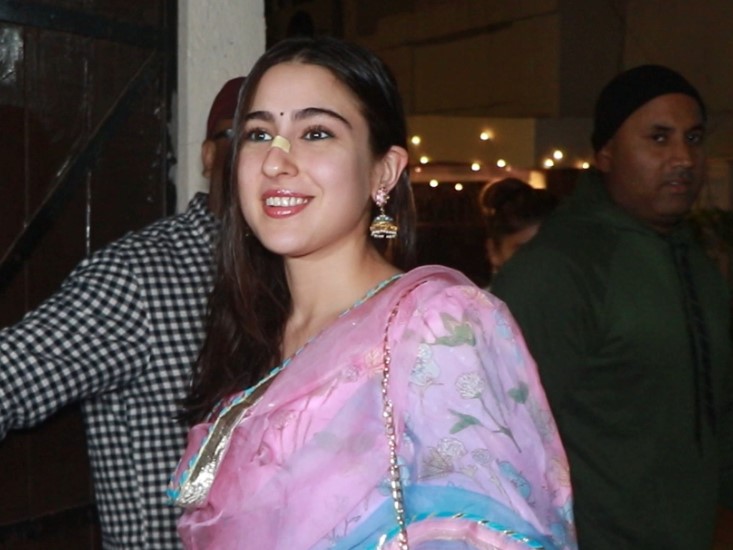 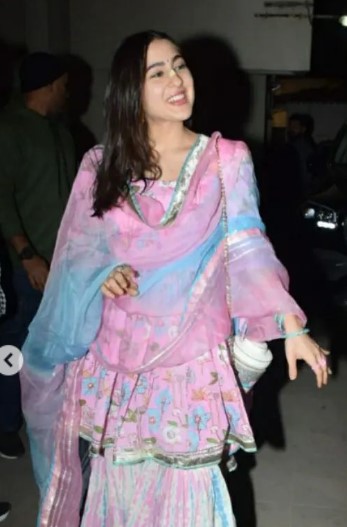 Netizens wonder if Sara Ali Khan went under the knife

As soon as the videos and photos were shared online, Sara Ali Khan's fans started showering love on the actress' ethnic look. However, it was the bandage on Sara's nose that caught everyone's attention as it garnered unwanted limelight. Even the netizens couldn't help but wonder about the reason for the bandage on Sara's nose, and they flooded the post's comment section to enquire about the same. While one user penned, "Rhinoplasty?", another one asked, "Nose job?" Check out the comments below:

Sara Ali Khan got trolled for her bikini look

Earlier, Sara Ali Khan was trolled for her sartorial choices during one of her trips. On November 25, 2022, Sara took to her IG handle and gave a sneak peek into her vacation as she went on a cycling adventure on a beach. The actress opted for a pink-hued floral bikini, which she paired with a white cape. While she looked breathtaking amidst nature, she received some hatred as well. Sara also faced the brunt of heavy criticism from trollers and got mercilessly trolled by a section of netizens, who simply disliked her choice of outfit. Check out the comments below:

Recommended Read: Hazel Keech's Son, Orion Turns One Year Old, She Reveals Why Her Baby Laughs At Her When She Cries 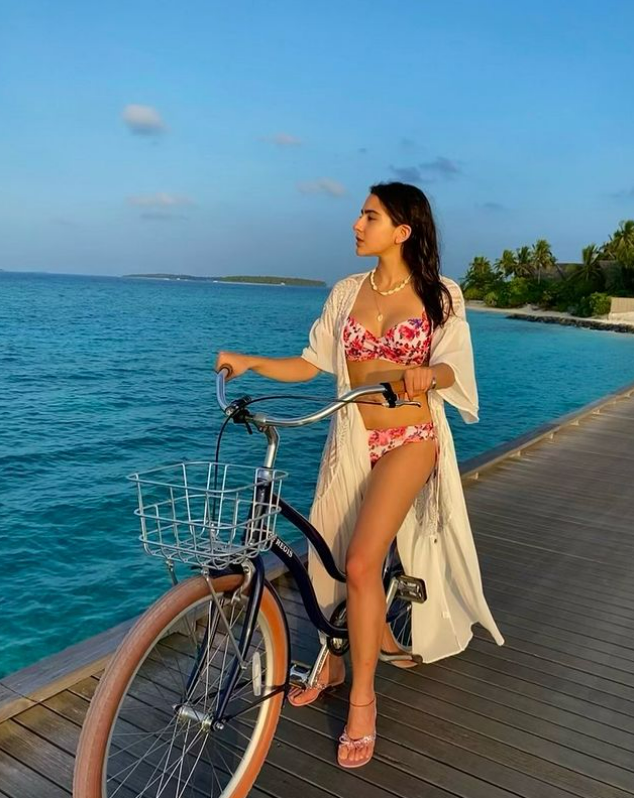 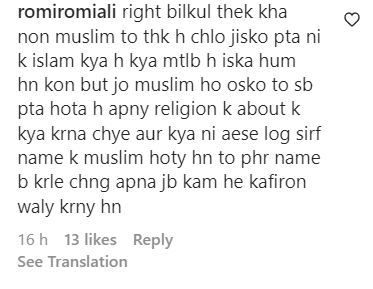 Apart from Sara Ali Khan's movie releases, it's her dating life that often makes it to the headlines and grabs most of our attention. Even though Sara Ali Khan has a bubbly character, she likes to keep her personal life under wraps. Though she never talked about or confirmed any of her relationships, Sara was linked to many handsome men, whom she allegedly dated. Over the years, Sara reportedly dated many handsome hunks, namely Harsh Varrdhan Kapoor, Kartik Aaryan, Sushant Singh Rajput, and many others. What are your thoughts about the rumours of Sara Ali Khan getting a nose job? Let us know.