Amitabh Bachchan graced the Joy Awards in Saudi Arabia, and he was felicitated with an award. Big B also gave a beautiful acceptance speech at the ceremony.

Legendary actor, Amitabh Bachchan was born to the veteran poet, Harivansh Rai Bachchan and his social activist-wife, Teji Bachchan, on October 11, 1942. The actor adored his parents, and time and again, we have witnessed him discussing his childhood memories with them. Amitabh Bachchan recently attended the All-Star XI friendly football game in Saudi Arabia. The actor later attended the Joy Awards and got felicitated, after which he gave a beautiful acceptance speech.

In his speech, Amitabh Bachchan expressed his gratitude to the Joy Awards for honouring him with an award and shared that he is humbled by their generosity and hospitality. Big B also revealed that it was his first visit to Saudi Arabia, but it won’t be his last as he would love to visit the country again. He further talked about the power of cinema and added:

Also Read: Amitabh Bachchan's Granddaughter, Navya Reveals If She Ever Got Film Offers, Answer Will Shock You Amitabh Bachchan also revealed that his father, late Harivansh Rai Bachchan loved cinema and he used to watch a lot of films. Reflecting on the same, Big B mentioned that during his last days, his father watched a Hindi film every evening. The actor added that when we asked his father about his never-ending interest in cinema, the latter quipped that he loved films because he got poetic justice in three hours by watching them. In his words:

“My father, a great poet - during the last days of his life, he used to watch a Hindi film every evening, sometimes repeating the same film every time. I asked him what is it that you find interesting in the cinema. He said that I get poetic justice in three hours. You and I won’t get poetic justice in a lifetime or several lifetimes. That’s the power of cinema." 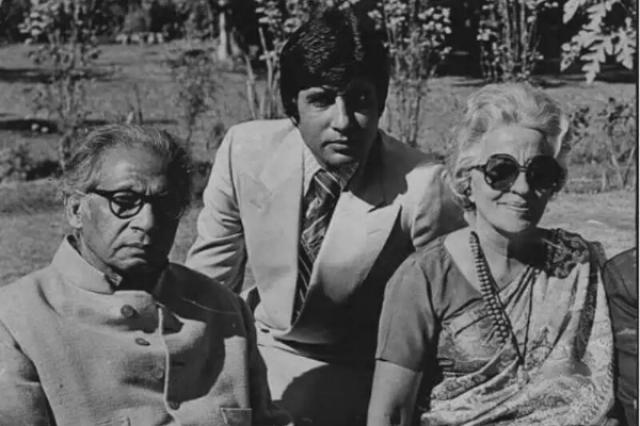 Amitabh Bachchan's stardom knows no bounds, as he is one of the most exceptional actors in the Indian film industry. People all over the globe respect him and love him with all their hearts, which speaks volumes about his popularity. Further in his speech, Big B made a beautiful remark and mentioned that when people honour him, they honour his country, India. He was heard saying:

Recommended Read: Dalljiet Kaur Reveals Her Wish For Ex-Hubby, Shalin Isn't A Whitewash On Their Past For This Reason For the unversed, Amitabh Bachchan and Jaya Bachchan got married in the year 1973. Later, on March 17, 1974, the couple welcomed their first child, a baby girl, Shweta Bachchan, into their lives. However, their family got completed after the birth of their son, Abhishek Bachchan, on February 5, 1976. While their kids have grown and got married, Jaya and Amitabh still love them the same way. Moreover, Amitabh Bachchan and Jaya Bachchan are loving grandparents to three grandkids, Navya Naveli Nanda, Agastya Nanda and Aaradhya Bachchan. Next Read: Hazel Keech's Son, Orion Turns One Year Old, She Reveals Why Her Baby Laughs At Her When She Cries