Samantha Akkineni has dropped the latest picture with her husband, Naga Chaitanya, and it is so surreal and love-filled, they seem like a newly-wed couple! 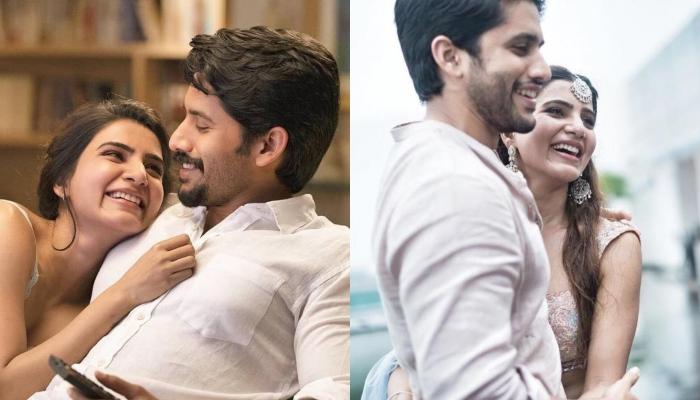 Samantha Akkineni and Naga Chaitanya had met on the sets of Yeh Maaya Chesave in 2009. Little did they know at that time that they would go on to become a couple, who will give major relationship goals to the millennials.. They had dated for a while and had tied the knot on October 6, 2017, in a dreamy wedding in Goa. The couple had first gotten married according to typical South Indian ritual and later in a Christian wedding. Samantha has dropped the latest picture of the couple, and it is so surreal and love-filled, they seem like a newly-wed couple! (Recommended Read: Rhea Kapoor Has An Epic Reaction To Dad, Anil Kapoor's Youth, Reveals All The Junk Food He Eats)

As we all know, the family who does yoga together stays together! This might be a little low on the rhyme scheme, but you got the gist, right? This is what Samantha had tried to convey some days ago. On June 26, 2020, Samantha had shared a collage as her Instagram story, wherein we could see her and her hubby, Naga Chaitanya doing yoga but it was their furbaby's appearance that had made it super adorable. She had captioned the monochrome picture as "Family portrait. @chayakkineni". 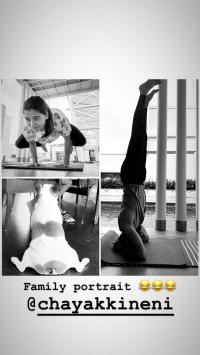 On August 10, 2020, Samantha Akkineni shared a very beautiful, candid picture with her husband, Naga Chaitanya and with this picture, Naga had definitely raised the bar of 'perfect partner' very high! The picture features a blissed-out Samantha in a teal green saree talking to someone, while her doting husband, Naga Chaitanya lovingly looked at her like she's everything he had ever asked for and dropped flowers on her head! The picture is so beautiful it just makes our heart explode with love. While Samantha donned an ethnic attire, her husband, Naga perfectly complemented her in an ivory kurta. Check out the picture below: 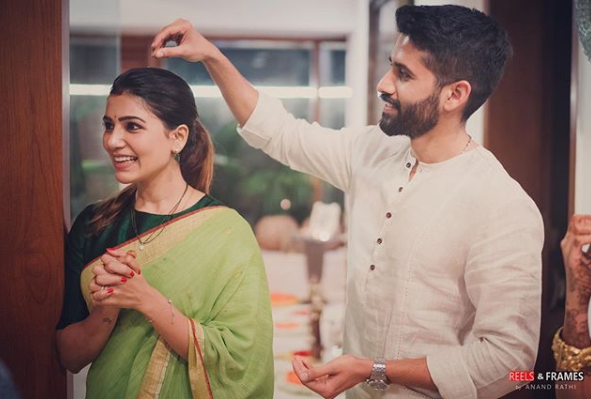 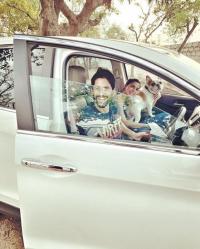 Samantha Akkineni and Naga Chaitanya had dated for over eight years and had then tied the nuptial bond. In an interview with Famously Filmfare, Samantha had talked about the times when things had not work out between them. The Tollywood actress was quoted as saying, "It took us eight years to be at the same point. Because there were times when I really liked him, and he was not in that space. And there were times when we wanted to work it out, but external factors. It took us a very long time to be in the same space." (Also Read: Mahesh Babu's Daughter, Sitara Wishes Him 'Happy Birthday' In This Must-Watch Heart-Melting Video) 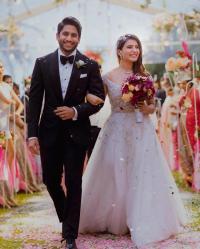 On May 21, 2020, Samantha Akkineni and Naga Chaitanya had attended the roka ceremony of their best friend, Rana Daggubati and Miheeka Bajaj. On May 22, 2020, Samantha had shared a solo picture of her handsome husband, Naga Chaitanya and had written a romantic note which could be read as "After sending mommy, aunties, sister, friends, very straight male friends it's now Instagram's turn ... 'See eee my husband looks so handsome no???? (husband is somewhere digging a large pit to jump into right now)." Naga's comment on his wife's post that was unmissable. Naga had commented, "Okay now…this looks like one of those paid partnership posts." 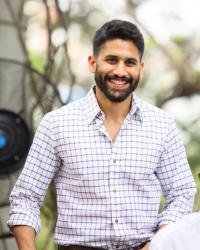 In an interaction with Famously Filmfare, Naga Chaitanya had talked about how grateful he is for marrying Samantha and was all praises for her. He had also confessed that she is a devil and he knows all her mischiefs. He had said, "I think there was a point when we both were single. We hung out more than normal. So, automatically things started building between us. I was also mentally looking to settle down. I always looked forward to having a family. So, all those thoughts started flowing in my head and she was right there in front of me. So, I was like she is a known devil (chuckles). I know all her mischief and I am fine with them." (Don't Miss: Rana Daggubati and Miheeka's Forest Theme Wedding Was Inspired by This Painting [Picture Inside])

Doesn't Samantha Akkineni and Naga Chaitanya look like made for each other?