Anil Kapoor shared his 'mood calendar 2020' collage on his IG handle and his daughter, Rhea Kapoor had an epic reaction to his evergreen youth and chiselled muscles! Anil Kapoor is an actor whose age seems to grow backwards, just like in The Curious Case Of Benjamin Button. Although it is physically and practically impossible, you can't deny it's a faint possibility in the the 'curious case of Anil Kapoor'. Anil Kapoor shared his 'mood calendar 2020' collage on his IG handle and his daughter, Rhea Kapoor had an epic reaction to his evergreen youth and chiselled muscles! Scroll down to find out. (Recommended Read: Smriti Khanna's Daughter, Anayka Looks Like A Cute Colour Palette In This Adorable Video)

Having their own way to motivate, encourage and laud each other, Anil Kapoor and Rhea Kapoor make for one fun father-daughter duo. Some days ago, Anil Kapoor had congratulated Rhea Kapoor for making it to Forbes Ultimate 120 list. He had written, "This is just the beginning... here's to all the covers that you will be a part of in the future by the grace of God @rheakapoor." 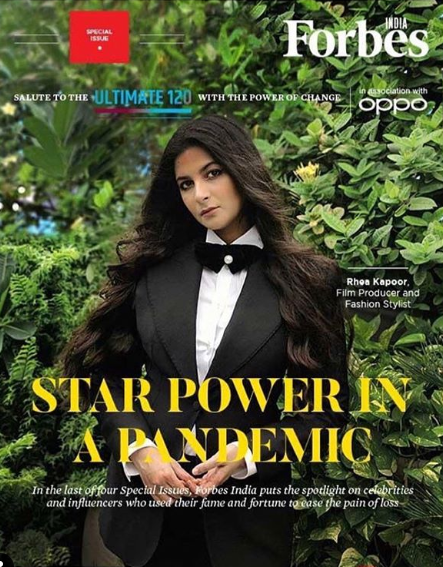 The handsome hunk, Anil Kapoor posted his 'mood calendar 2020' picture on his IG handle in which he was giving competition to young actors owing to his' miracle youth' which never seems to end anytime soon. He was seen working out in most of the pictures, and we aren't even exaggerating when we say no one can look at those pictures and say that the man is 63-years-old. Now, his daughter, Rhea Kapoor reposted his collage on her IG stories and wrote, "@anilkapoor this dude ate a fried chicken burger a giant plate of fries and a chocolate cake Friday night. So apparently, you can have it all." It seems someone is jealous! 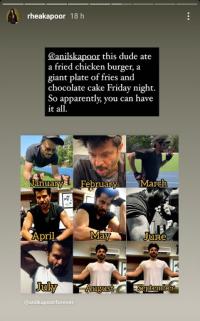 Some days ago, it was Rhea kapoor's birthday and the doting dad, Anil Kapoor had an adorable wish for his darling daughter. Sharing a candid picture of Rhea on his IG handle, Anil had written a heart-melting note for his little angel. His note could be read as "Happy Birthday to my daughter, my favorite sparring partner & bud @rheakapoor! You inspire me everyday to follow my instincts and trust good intentions as unapologetically as you do. I could go on about all your virtues that make me burst with pride, but suffice it to say that as times goes by, it's becoming increasingly clear that you're the boss of all bosses! I love you & I'll always be your biggest cheerleader as you conquer the world!"        (Also Read: Sushant Singh Rajput Once Admitted Which Sister He's Closest To And What's His Most 'Pavitra Rishta') 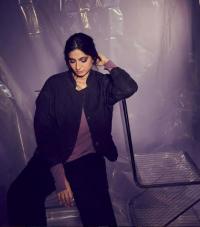 Rhea Kapoor had hijacked the headlines all over last year on account of her miraculous weight transformation in six months. And she had revealed the secrets of the same along with her dietician, Karishma Boolani. In a joint live IG session, Karishma had shared that Rhea had followed Ketogenic diet, which is high fat and low carb diet. It is not a plan but a lifestyle, which helps in transforming the way you eat. She had also called out people who count calories and grams, and had said, "Human body is not a computer and does not work by numbers that go in and are burned. So we should not obsess over the numbers." In the same session, when someone had asked what is more important diet or workout, Karishma had responded, "It is primarily diet that determines how much weight you will lose. However, it is an exercise that helps your overall health. So they both are somewhere extremely important."

Some days ago, Rhea Kapor and her brother, Harshvardhan Kapoor had shared anecdotes about their sibling bond and had revealing their homely stories, giving a sneak peek to walk-in closets. Rhea and Harsh had written, "Growing up with siblings is one of the greatest blessings in life. They are our first best friends and the foes we can't live without. The most beautiful aspect of the sibling relation, however, is that no matter how old you grow, how distant you stay, and how busy or stressed you are, even the thought of being with your sibling(s) in the safety of your house takes all the stress away. It is one of the most refreshing and overwhelming feelings. The same is the bond that I have shared with my siblings all through my life. We have been together, from being partners in crime to pillars of strength for each other." (Don't Miss: Shweta Bachchan Nanda Gives A Savage Reply To Son, Agastya As He Welcomes Mamu, Abhishek Home)

Are you also in awe of Anil Kapoor?