Salman Khan is a complete family man! Inspite of having hectic schedules, the 'Bharat' star never misses an opportunity to be with family. Checkout how beautifully he and his father sing together! 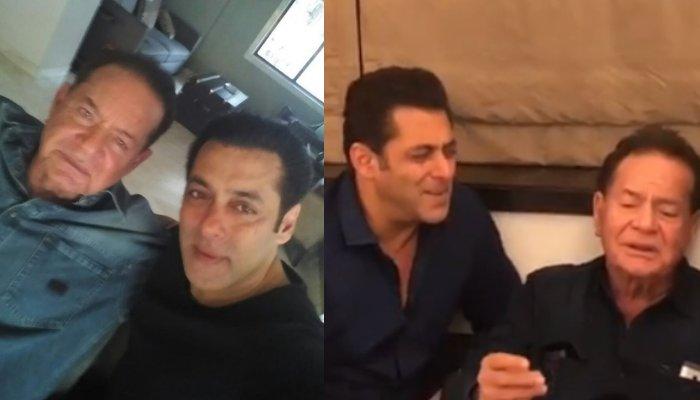 A father and son share one of the cutest relationships ever! This duo will never admit that they can even bestow their lives for one another but ekbar jaan maang ke toh dekho! It is from a father that a son learns how to deal with worldly ways. Right from the very childhood, a son admires his father and wants to replicate him when he grows up. Similar is the story, with Bollywood megastar, Salman Khan and his father, Salim Khan. (Do Read: Ishaan Khatter Writes A Heartfelt Open Letter For Brother, Shahid Kapoor's Success Of 'Kabir Singh')

Time and again in interviews and through posts, has Salman Khan expressed his adulation for his dad, Salim Khan. Salim ji was a poignant writer and has done notable work as a writer for blockbuster films like Sholay and Mr India with Javed Akhtar. About Salman and Salim ji, remember the handsome picture of Salim Khan from his youthful days, which the former had posted to express his love for him last year? He had captioned the picture as, “My daddy the handsomest!” 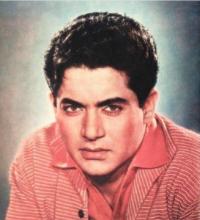 Salman Khan is a complete family man! Inspite of having hectic schedules, the Bharat star never misses an opportunity to be with family, and in turn, inspires millions to always ensure that they have family time. For the same, Salman recently took to Instagram and posted a video wherein he and his father lend their voice as they melodiously sing Suhani Raat Dhal Chuki Hain, Na Jaane Tum Kab Aaoge. Sharing the video, the Slow Motion star wrote, "The Sultan, Tiger, Bharat of our family... Singing.”

In a recent interview with the DNA, Salman Khan shared that he wants to look like his father when he ages. He had stated, “I feel I should look like him when I get to that age, “He walks three rounds of Bandra Bandstand, does Pilates, yoga and a bit of weight training too.” He further the secrets of his daddy, Salim Khan about looking fitter everyday at 83, “He is interested in things around him and he’s in with the times. He talks to us at our wavelength and converses with my nephews as if he is their age. He has really adapted well, but then, he is the coolest dad there is.” (Must Read: Taimur Ali Khan Celebrates Maasi, Karisma Kapoor's Birthday With Mommy, Kareena And Family) 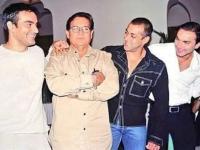 Salman Khan had once shared an invaluable suggestion that his father, Salim Khan had shared with him. He stated, “If there is anybody, any man who can foul it all up for you, it’s going to be you! God doesn’t want it to happen, we, your family don’t want that to happen and your fans most certainly don’t want that to happen. So, again, if there’s ‘anybody’ who can mess it all up, it’s you!” 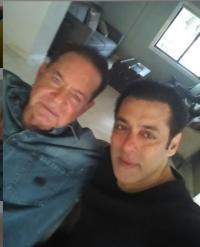 In an interview with the Asian Age, Salman Khan was asked about the first thing that he notices in the newcomers that he launches. He had talked about the same citing an example of his dad, Salim Khan, “When somebody takes a double look at another person, know that there is something in that person. My father once asked me, ‘When you go to a place, does anyone notice you?’ I said, ‘No’. So, he said, ‘Don’t get yourself noticed. They should know who you are without you making any effort. And, if anyone asks then you should just say ‘Salim saab ka beta hoon’. It took me more than three-four years to reach there. So, I see all these things which as a child, I didn’t have but others had. So, when they (newcomers) walk in and make me notice, it is good quality.” (Also Read: Khushi Kapoor Flaunting Eye Makeup Done By Janhvi Kapoor Explains 'Ek Hazaaron Mein Meri Behena Hai') 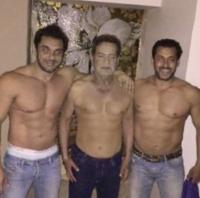 Does Salim Khan have a say in the films that Salman Khan works? This is what he had shared, “The plot of every script that we do is taken to my dad and he gives his advice. He would say - keep this, remove that, do this, do that… So, he points out everything. My father is my teacher in the film industry. I got scripting sense from my father. You should be morally, ethically and principally correct. Once you get these three things correct, you will be fine.” As you already know that Salim ji is a terrific writer, does Salman want his father to start writing again? He stated, “I want dad to write but he doesn’t want to write. Only if someone convinces him to write.”

Guys, how did you like Salman Khan and his father, Salim Khan’s singing spree? Keep us posted!