On June 25, 2019, Janhvi Kapoor took to her Instagram handle and going by how it looks, the Kapoor sisters are making the most of their free time with some makeup sessions.

“For There Is No Friend Like A Sister In Calm Or Stormy Weather; To Cheer One On The Tedious Way, To Fetch One If One Goes Astray, To Lift One If One Totters Down, To Strengthen Whilst One Stands” – as truly explained by Christina Rossetti, Goblin Market and Other Poems. A sister is like your shadow and your reflection, and you must have lost the countless times she had your back every time you needed her. From being the best shopping partner, you could ever ask for to treating her wardrobe and stuff like your own, your sister is your go-to person for every mess you create. And for Khushi Kapoor, her sister Janhvi Kapoor is her forever BFF and soulmate for eternity. (Also Read: Malaika Arora And Arjun Kapoor Jet Off To New York For A Holiday Ahead Of His Birthday, Look Dapper)

Janhvi Kapoor is the latest star emerging from the talented super-star Kapoor family and had made heads turn with her much-loved performance in her debut film, Dhadak. While Janhvi became the Dhadak of the nation, all we wait to hear about now is when Khushi Kapoor and Shanaya Kapoor will mark their silver screen debuts. The sisterly love between Janhvi and Khushi will remind you of your every fun bit with your sister. 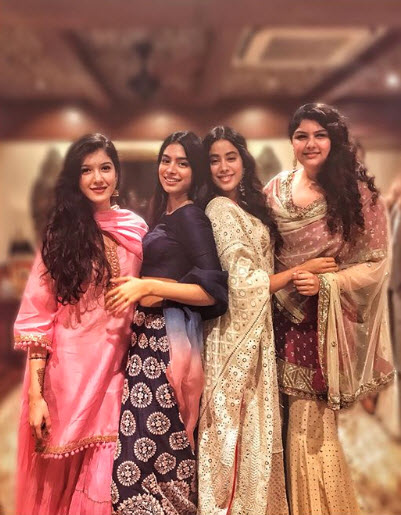 A few days back, Janhvi Kapoor headed off to Chandigarh for the shoot of her upcoming film and it was her baby sister, Khushi Kapoor, who decided to accompany her. Dressed in Janhvi’s oversized sweatshirt, which she had paired with the comfy black pants and carried a monochrome tote bag in her hand, Khushi walked hand-in-hand at the airport with Janhvi, who stunned us with her elegance in a white chikankari kurti with matching palazzos and jootis.

On June 25, 2019, Janhvi Kapoor took to her Instagram handle and going by how it looks, the Kapoor sisters are making the most of their free time with some makeup sessions. In the video that she had posted as her Insta story, Janhvi, who is behind the camera, talks about how she did the eye makeup of her sister, Khushi. The younger Kapoor sister is all smiles of the camera as she flaunts her eye makeup done by her sister. Check it out here: 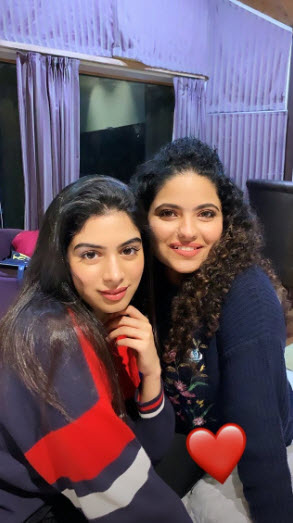 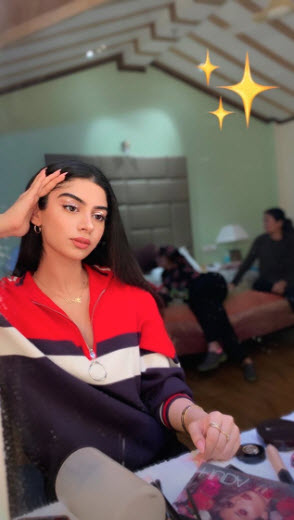 On June 9, 2019, Janhvi Kapoor and Khushi Kapoor had attended their cousin, Sonam Kapoor Ahuja’s birthday bash and it was the latter’s outfit that had caught our attention. Khushi looked pretty in a summer friendly and breezy floor-length floral printed dress. And it reminded us of her big sister, Janhvi’s outfit which she had worn at Mira Rajput Kapoor’s baby shower ceremony. While Janhvi had teamed her pretty outfit with basic white slip on sandals and pulled her hair back into a ponytail, Khushi opted for a pair of pretty silver bow sandals and teamed this with a micro nude bag. (Also Read: Karisma Kapoor Celebrates Her 45th Birthday With Sister Kareena Kapoor Khan And Mom Babita In London) 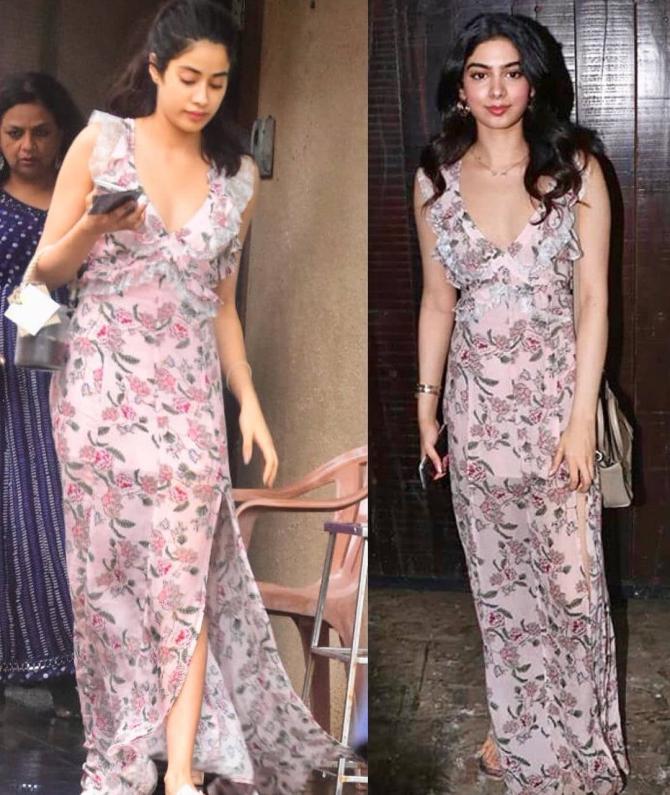 It was Khushi Kapoor’s 18th birthday on November 15, 2018, and her badi didi, Janhvi Kapoor had shared a super-adorable throwback video of the duo dancing together and this is what she had written as a ‘happy birthday’ post for her baby sister, “Just an example of how most of my childhood consisted of being bullied by you. I still love u though, more than you’ll ever be able to imagine. #hbd.” Here’s the video:

A while back, Janhvi Kapoor had featured on VOOT Original’s chat show, Feet Up With The Stars season 2 and in a conversation with the host, Anaita Shroff Adajania, she had talked about her sister, Khushi Kapoor. Sharing something that all sisters can easily relate to, Janhvi had said, “Khushi is righteous and that even for sharing clothes, she is like ‘You can’t take them without asking me. Otherwise, there is no rivalry but this taking each others’ clothes without telling is a big issue. But she is my fashion censor. She has the best sense of fashion from us all.” On the same show, Janhvi Kapoor also talked about the bond she shares with her sister, Khushi Kapoor. Before talking about their camaraderie, Janhvi confirmed that Khushi will be joining New York Film Academy as she has finalised to have a career in acting. After mulling over a modelling career for some time now, Khushi will figure out what she wants to do next. Janhvi had shared, “She is going to NYFA. Then after she comes back, she will figure what she wants to do.” However, Janhvi and their papa, Boney Kapoor are a bit wary of Khushi Kapoor’s decision, “I’m getting palpitations just thinking about Khushi going to... He (Boney) just has to think about it and he’ll start crying.” (Also Read: Karisma Kapoor Turns 45 But Looks Not A Day Older Than Twenty, Shares A Perfect Birthday Picture) 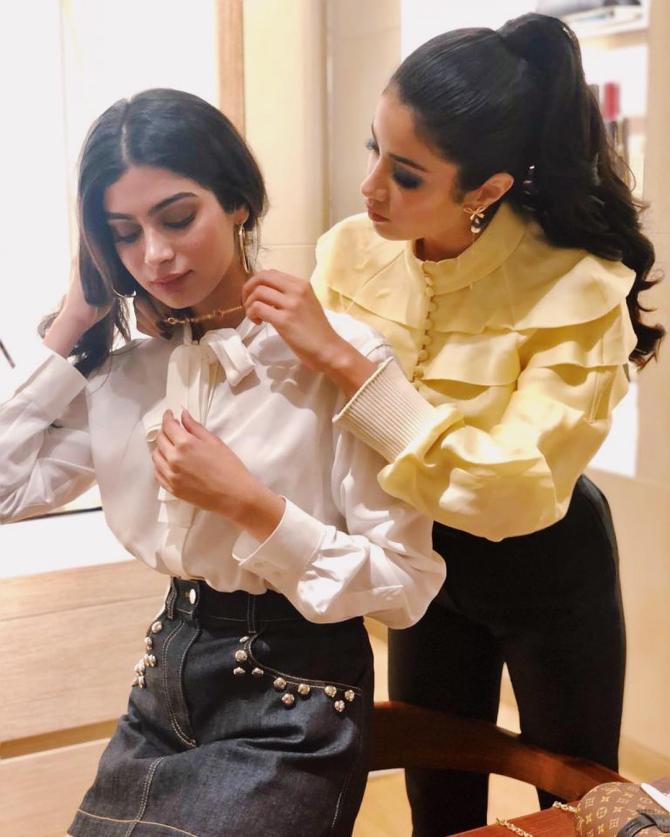 Janhvi Kapoor and Khushi Kapoor’s relationship is an exemplar of sister love. Don’t you agree?