Sakshi Dhoni came live on CSK's Instagram page and spilt beans about our 'thala's' plans after the lockdown. Scroll down to know the details! Credited for the reincarnation of Indian cricket, MS Dhoni is known to be someone, who keeps a low profile despite being insanely popular in a country where cricket is considered as a religion! He speaks measured words and always let people speculate about his next move. But recently we got our hands on some insights on his life and his post-lockdown plans, his plans regarding cricket and a lot more, via his wife, Sakshi Dhoni. Scroll down to know what are Mahi and Sakshi's plans post the lockdown! (Recommended Read: Salman Khan's Father, Salim Khan Had Once Stood Outside His Class To Take His Punishment On Himself)

Twitter had gone berserk a few days ago when #dhoniretires had started trending out of the blue. His fans were hysterical about the heart-breaking prospect of never seeing their thala again in the blue jersey. What had caused further chaos is the fact that no one had any idea about the authentication of the plausible news. As usual, captain cool MS Dhoni hadn't acknowledged the ruckus and had let people speculate. But this time his wife, Sakshi Dhoni had taken the reins in her hands and shut the mouth of trolls, as she had done numerous times before. She had come forward to bash the baseless speculations and had tweeted, "Its only rumours! I understand Lockdown has made people mentally unstable! #DhoniRetires .. Get a life!"

Although MS has never talked about his retirement, nor had he made any comments on these rumours and speculations ever, but his fans go hispanic whenever even the faintest of conjecture revolving around his retirement rise heads. MS Dhoni's wife, Sakshi Dhoni came live on CSK's Instagram page and talked about a lot of aspects revolving around cricket, their personal lives, his retirement and a lot more. She emphasised that Mahi and she would take a sabbatical from the chaos and would resort to hills if the cricketing activities do not resume post the lockdown. She said, "If there is no cricket post lockdown then Mahi and I have planned to hit the hills, go to Uttarakhand. Stay in a small village or something, do some trekking." 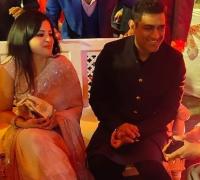 She also talked about how the former captain is spending his lockdown days. She said that Mahi is spending most of his days with his video games and his pet dogs. Sakshi also joked about MS Dhoni's famous long-hair look and said that had she met him during those times, she would've rejected him right away! In her words, "If I had seen him with is long orange hair, I wouldn't have even looked at him. John's hair suited him but Mahi with long hair was like....I saw it after we got married, thank god I saw him after that." She further added, "I met him on the last day of my internship. I met him through a friend and he seemed a very normal guy. And I did not follow cricket at that time. I knew Sachin. I just knew there was a pahadi guy in the team, my mom had told me that there is a pahadi guy in the team." 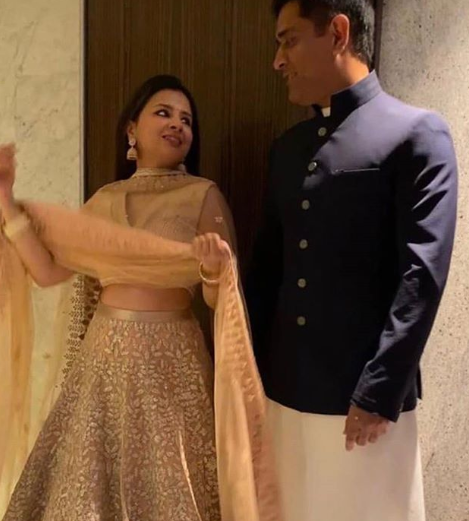 Sakshi also revealed how MS Dhoni always keeps his doors open at all times whenever they're on a tour, so that any player can come and talk to him. She said, "Since 2010, I remember the first tour with CSK was South Africa. Mahi has always kept his door open, he told me we are married but the door will always remain open. Just don't be in your night suit. The door has always been open, people come and we hang out till 3-4. The players get a chance to talk to Mahi at that time." (Also Read: Benafsha Soonawalla Recalls Her 2-Year Journey With BF, Priyank, Shares Her Beautiful Painful Moment) 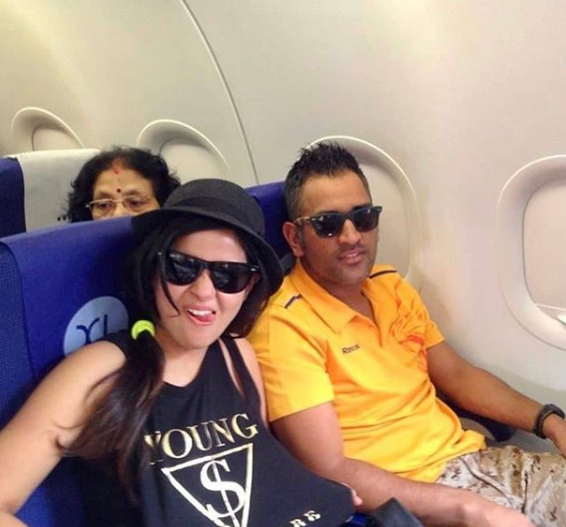 On the question of why Sakshi had deleted her tweet, on Dhoni's retirement, Sakshi told the whole story about the ruckus and said, "He keeps such a low profile and now during the lockdown, he has zero social media presence, so I don’t know where all this comes from. Mahi and I, don’t follow up on news or social media. That day when the hashtag was trending, a close friend of mine had forwarded it to me saying ‘what is this going on?’ She knew we wouldn’t respond but something happened that day. The job was done, the message was sent." (You May Also Like: Smriti Khanna Opens Up About Postpartum Depression Two Months After Delivering Her Baby Girl, Anayka) 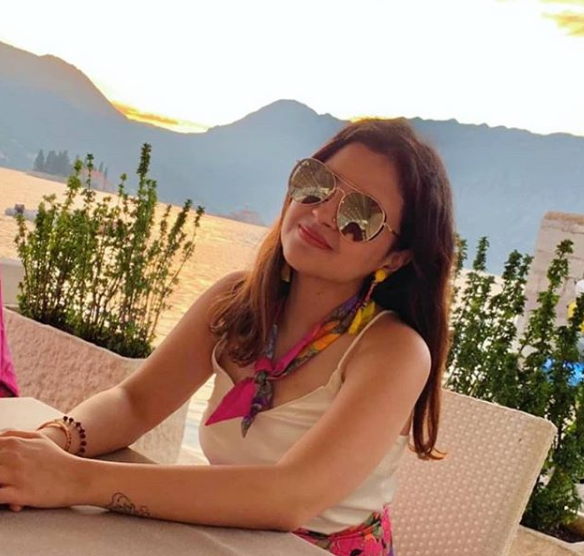 Well, we all are wishing to see our Mahi again in action!