Benafsha Soonawalla shared a video with boyfriend, Priyank that she wanted to share for the longest time, recalling their journey. Scroll down to check out the video! 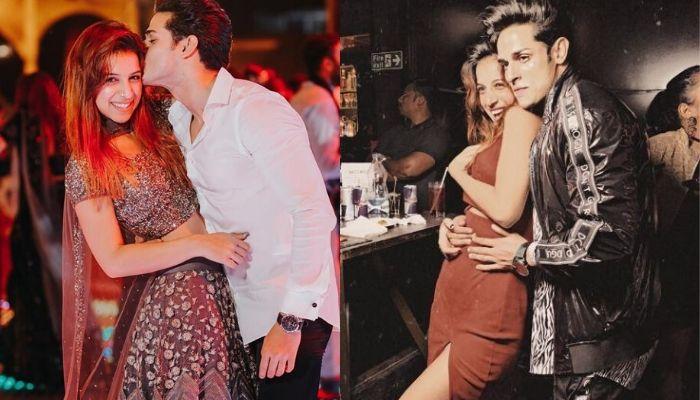 Benafsha Soonawalla and Priyank Sharma look madly-in-love with each other as often we see their kissing-hugging pictures and videos on their social media handle. We have seen the couple in the house of Bigg Boss and how the two were always there to back each other. We have seen them play, have their cute little fights, and craving to be together. One cannot forget the way Benafsha had hugged Priyank when he had re-entered the show, and the way Priyanka could not get enough of Benfasha and leave her when she had to make her exit from the show. We all have seen them fall in love with each other over the show. (Also Read: Farah Khan Shows Off Her Super-Mommy Skills As She Recreates Popular Painting For Her Daughters)

For the longest of time, there were rumours that Priyank Sharma and Benafsha Soonawalla are dating, however, the two had always maintained their ‘good friends’ stance! It was after two years of speculations, on April 4, 2020, that the couple had officially accepted their relationship in public. Priyank had taken to his Instagram handle and had shared a picture with his love, Benafsha and had written, "Confirmation", followed by a heart emoticon. Benafsha had also shared the same picture on her Instagram handle and had captioned it as "Can’t nobody keep me like you. Call it unconventional. My love is habitual!" This was the much-awaited confirmation from the couple and was bound to make their fans happy. The couple is soaring high on love and the intensity of their love is evident on their respective social media handles.

Recalling their Bigg Boss 11 journey and how love blossomed between them, on June 1, 2020, Benafsha Soonawalla took to her Instagram handle to share a video, where the two can be seen hugging each other. Benafsha shared a video from the time, she had to mark her exit from the reality show, and it was beau, Priyank, who couldn’t let her go and leave her. It felt like he could not get enough of her, and the feeling of separation had taken over him above all. Benafsha stated that she wanted to post this beautiful video of their painful moment for the longest time. She wrote, “Ok I know I’m posting a lot with this fellow right here but Oh God it’s been 2 years and I have always always wanted to post this particular thing right here. The most beautifully painful moment of our lives where we didn’t know what the future held for us, holding on to each other for dear life and if we’d be together again and here we are. We made it baby, against all odds” followed by a heart emoticon. Take a look:

Talking about their beautiful hug moments, On May 27, 2020, Benafsha had taken to her Instagram handle to share a video with boyfriend, Priyank to talk about his clingy nature. In the video, Benfasha could be seen standing, caressing her hair, while Priyank could be seen climbing on her, locking himself on her waist and in no mood to get away from her. The video was too cute to be missed as it had shown Priyank’s urge to never be separated from his ladylove. Along with the video, Benafsha had written, “As clingy as he is in this post #missyou Sorry guys he deleted the previous one from my account, got some serious anger issues.” Take a look at this cutesy video below. (Recommended Read: Rangoli Chandel Shares How Her Sister, Kangana Ranaut Has Turned Interior Designer For Her New Home)

In an interview with the Bombay Times, Priyank had talked about why he and Benafsha had taken so much time to come out in open about their relationship. He had revealed, “We took a lot of time to work on the relationship and didn’t make it public earlier because we wanted our space and privacy. Also, in the current situation, there is a lot of uncertainty about the future and that made us realise that life is too short to keep something so beautiful private anymore.” (Don't Miss: Rana Daggubati And Miheeka Bajaj Are All Set To Tie The Knot After An Intimate 'Roka', Deets Inside)

What are your views about their chemistry?