Fashion 20 Actresses And Their Love For Ethnic White
Home / Weddings

Decoding Sikh Wedding: Everything You Need To Know About The Sacred Pre And Post Wedding Rituals

Being a land of diverse cultures, India caters to not one, but many cultural and regional weddings. All of these have their own distinct flavour. Know more about the rituals followed in a traditional Sikh wedding.

Known as Anand Karaj, a Sikh wedding comprises many rituals and functions that usually go on for about a week. Unlike in Hindu marriages, where the pandit fixes an auspicious date for the wedding, a Sikh wedding does not follow such considerations. Instead, it takes place in the morning on a date mutually decided by the families of the bride and the groom. The couple takes pheras in a gurdwara in front of the holy Guru Granth Sahib.

Feeling wonderful already by reading just this much about the beautiful Sikh weddings? So, let us take you through all the pre-wedding, wedding and post-wedding traditions of a Sikh wedding. 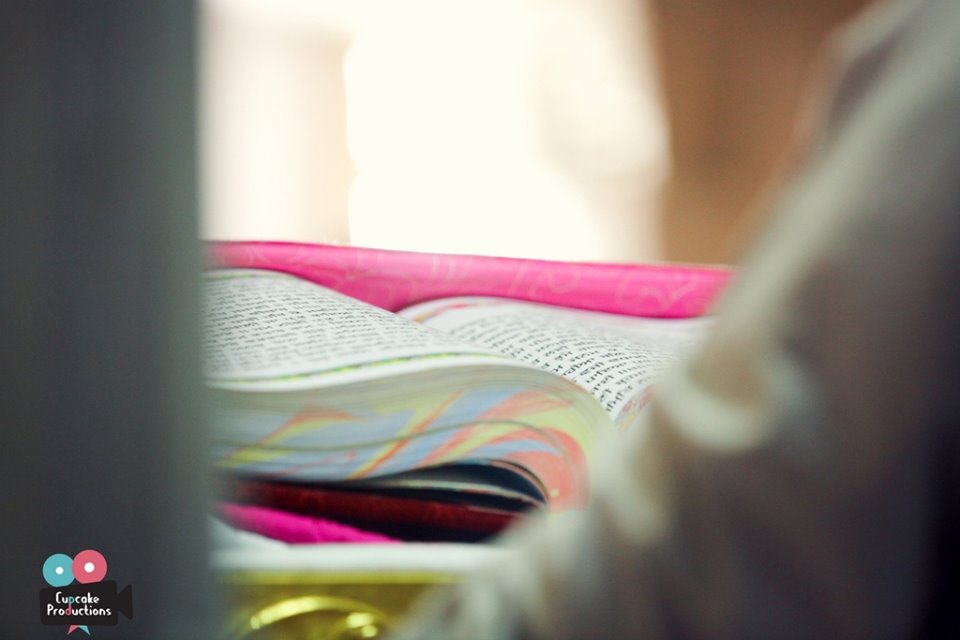 The Anand Karaj generally begins with the purchase of a set of four pieces of cloth that are used to cover the holy Guru Granth Sahib.

Kurmai or the engagement ceremony in a Sikh wedding 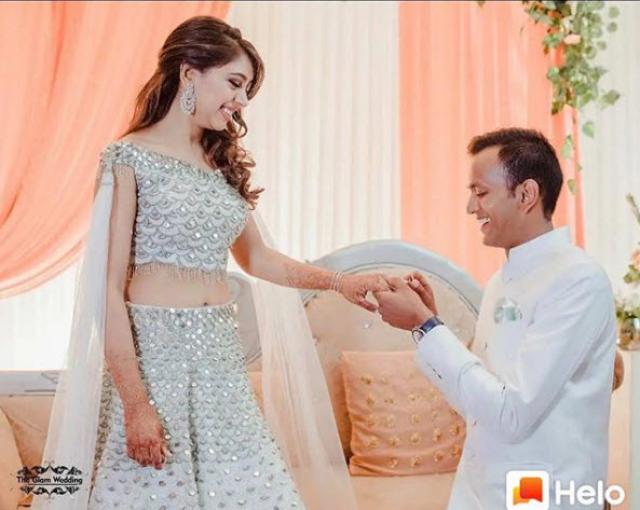 The bhaiji of the gurdwara applies tilak on the groom’s forehead and recites religious rhymes. Both the families give each other gifts, and the bride and the groom exchange rings.

Chunni chadai in a Sikh wedding 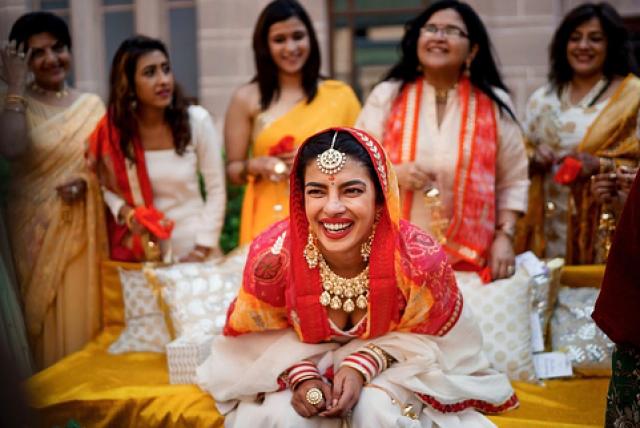 Chooda ceremony in a Sikh wedding 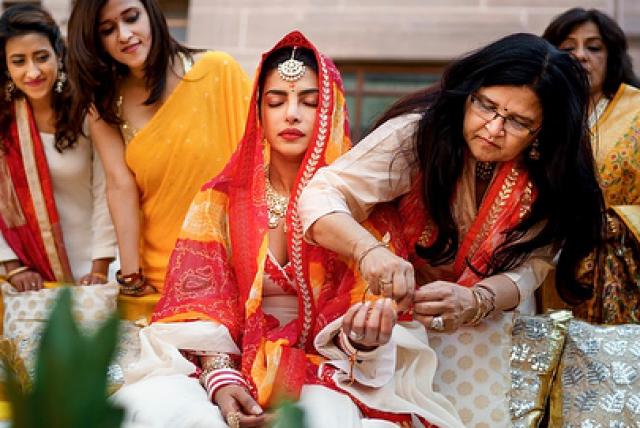 This ritual is one of the most awaited ones in the lives of almost all Sikh and Punjabi girls. In this, the bride’s maternal uncle gets her red and white bangles on which golden coloured kalire are tied.

Maiya in a Sikh wedding 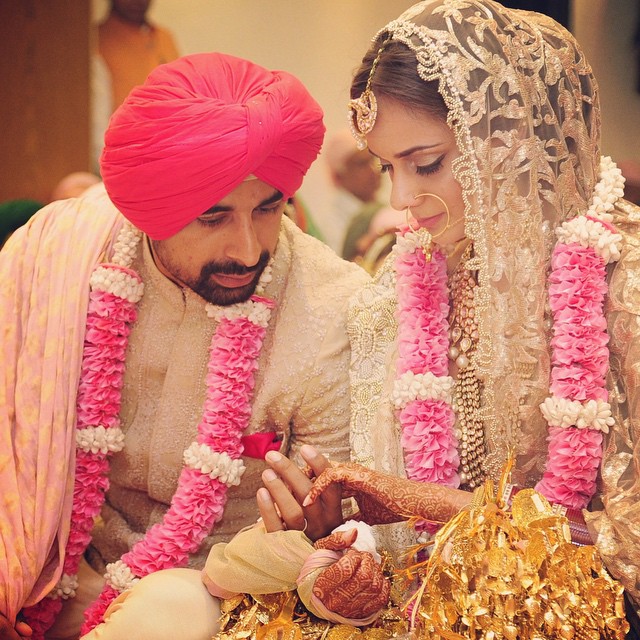 This tradition signifies that both the bride as well as the groom are not allowed to leave their respective houses before the wedding.

Gana ritual in a Sikh wedding 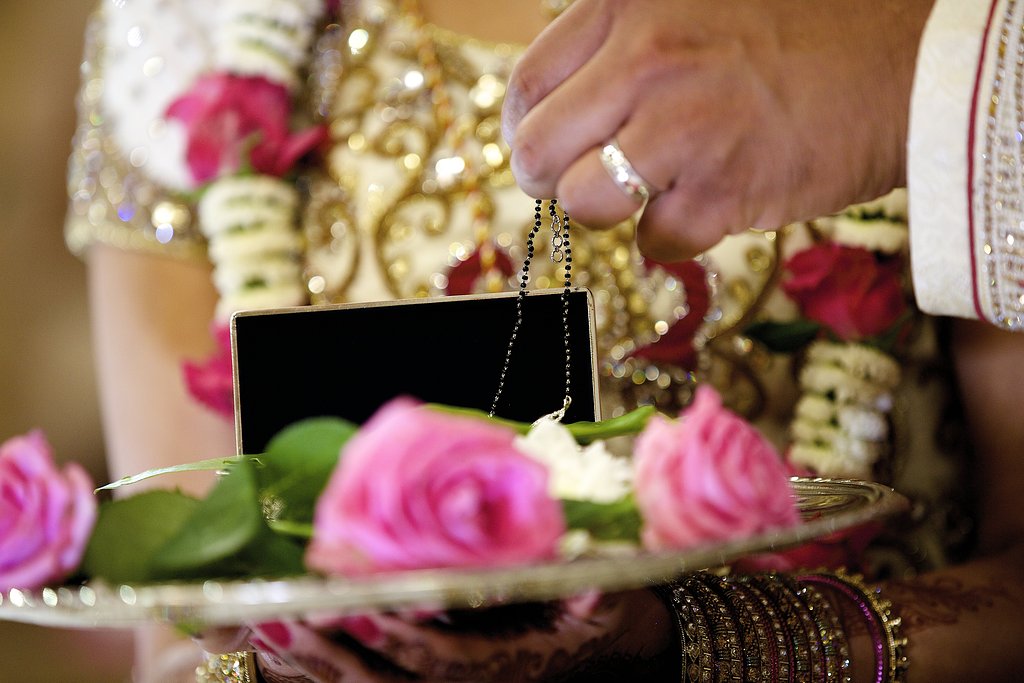 In this ceremony, a sacred red thread is tied on the bride’s left and the groom’s right hand, a few days prior to the wedding. This sacred thread is believed to protect the couple from bad omen.

Vatna ritual in a Sikh wedding 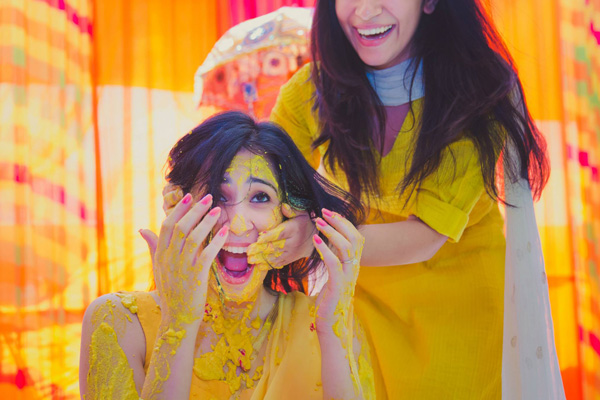 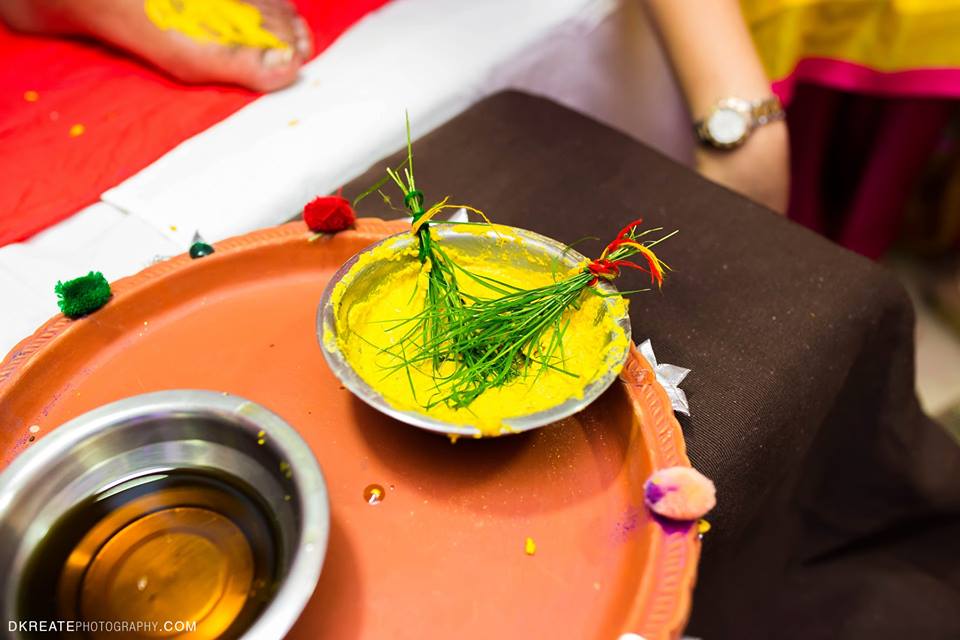 Commonly known as the haldi ceremony in most Indian weddings, a paste made of turmeric, powdered barley and mustard oil is applied on the bride and the groom in the vatna ceremony.

Mehendi ceremony in a Sikh wedding 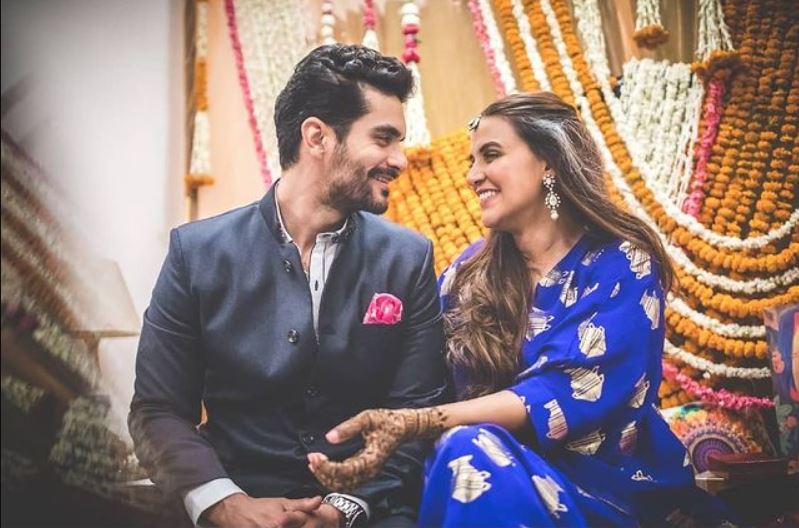 This is yet another fun-filled function of a Sikh wedding. In this, the families of the bride and the groom organise either a combined get-together or separate ones for their close relatives and friends. Mehendi is applied on the hands of both the bride and the groom, and the female members of their families as well. Members of both the families also prepare dance gigs and present their performances on the day of the mehendi function.

Gharoli ritual in a Sikh wedding 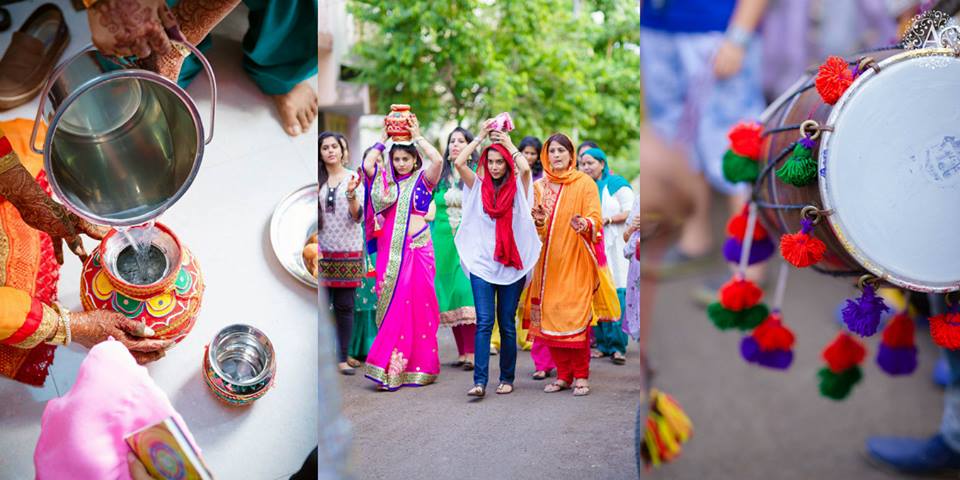 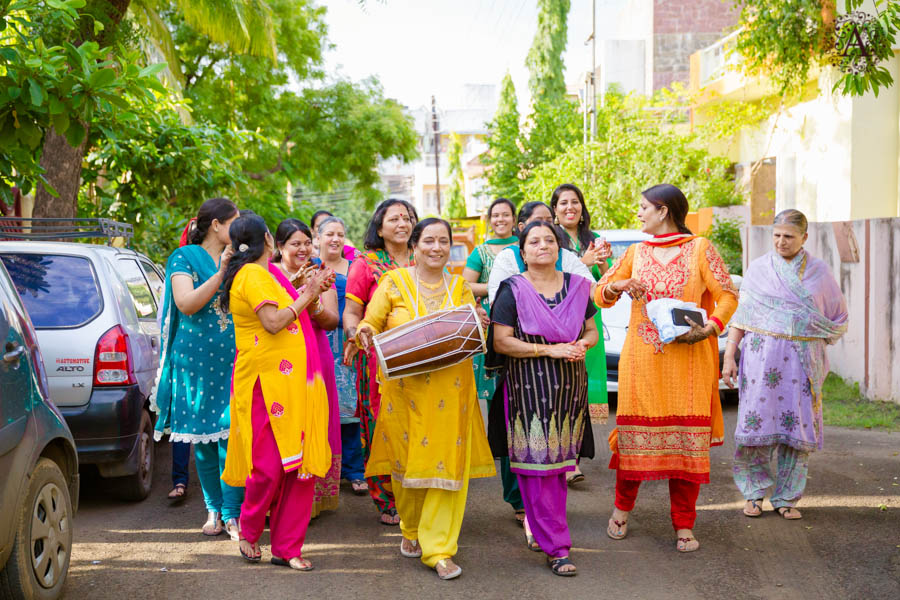 Milni ceremony in a Sikh wedding 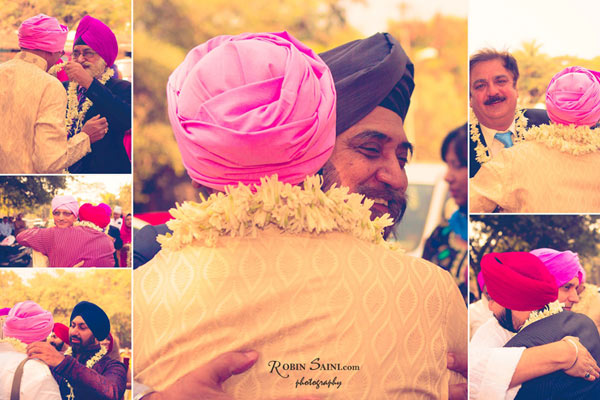 In this ritual, the bride’s family welcomes the groom’s family with gifts or sagan. Sometimes, the relatives of both families also exchange garlands.

The Anand Karaj in a Sikh wedding The actual wedding ceremony in Sikh weddings is not too elaborate. Both the families go to the gurdwara and attend the main kirtan (hymn-singing). The granthi (priest) in the gurdwara recites the ardaas (holy prayer of supplication). The couple then takes four pheras around the Guru Granth Sahib. The groom leads the pheras and carries a kirpan (sword) in his hand. They are then pronounced married and take the blessings of all elders. After this, karah prasad (sacramental sweet pudding) is distributed to the guests present in the Gurudwara. 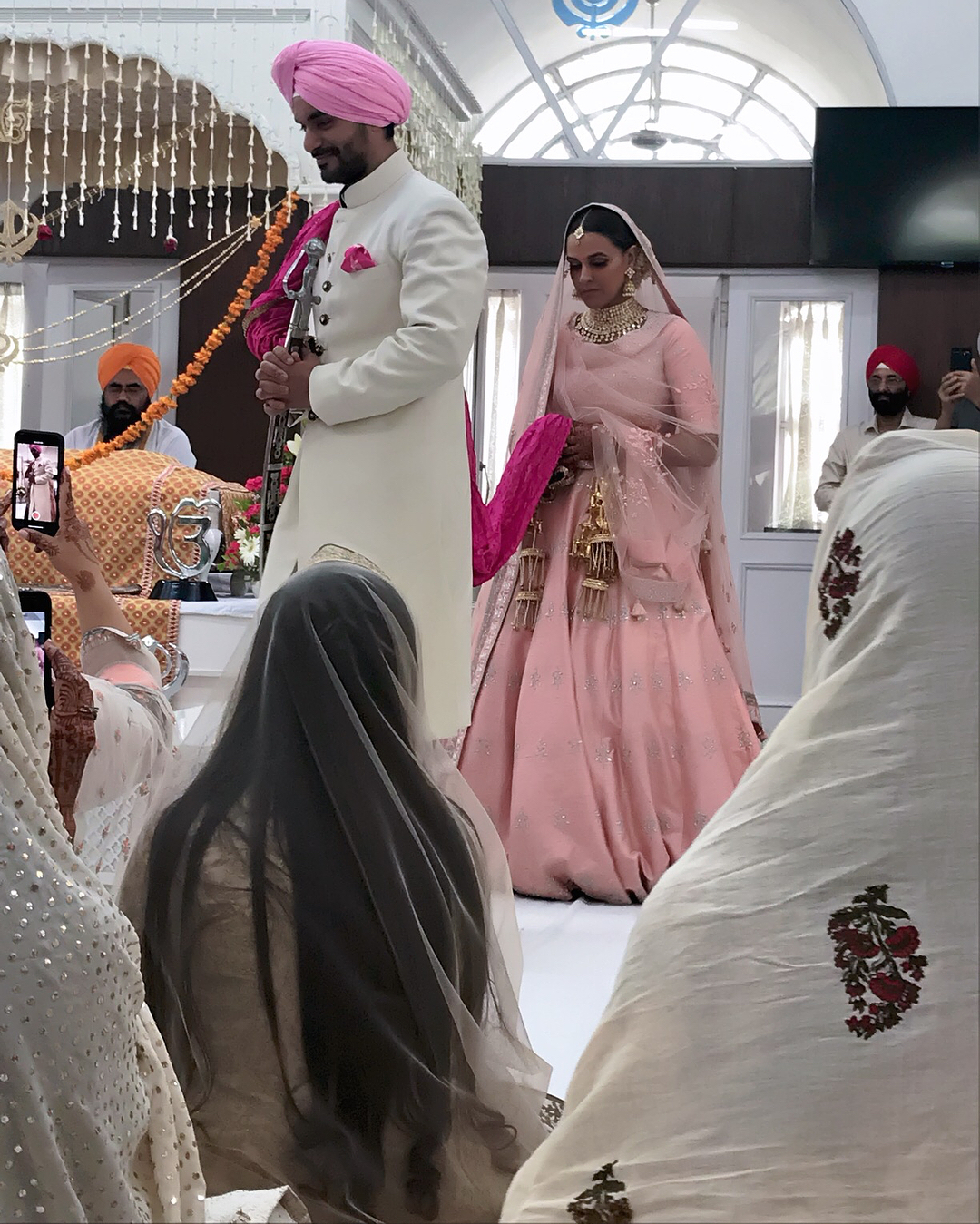 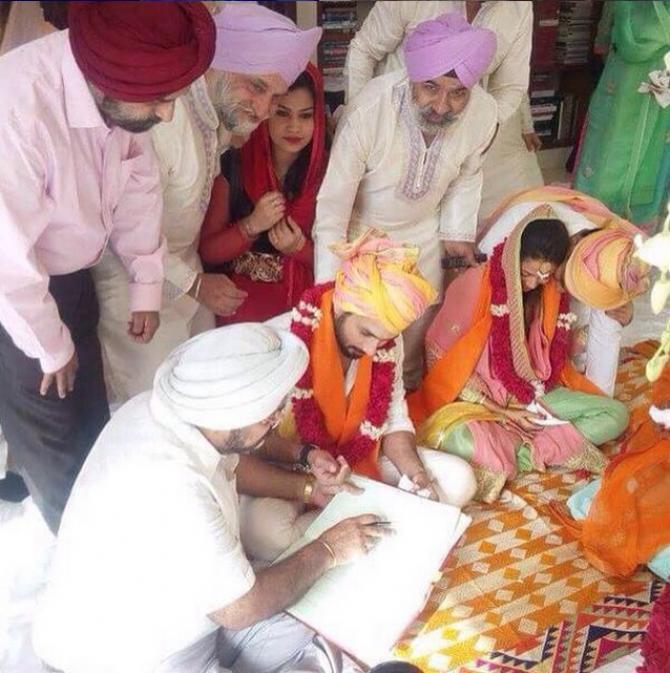 Vidaai in a Sikh wedding 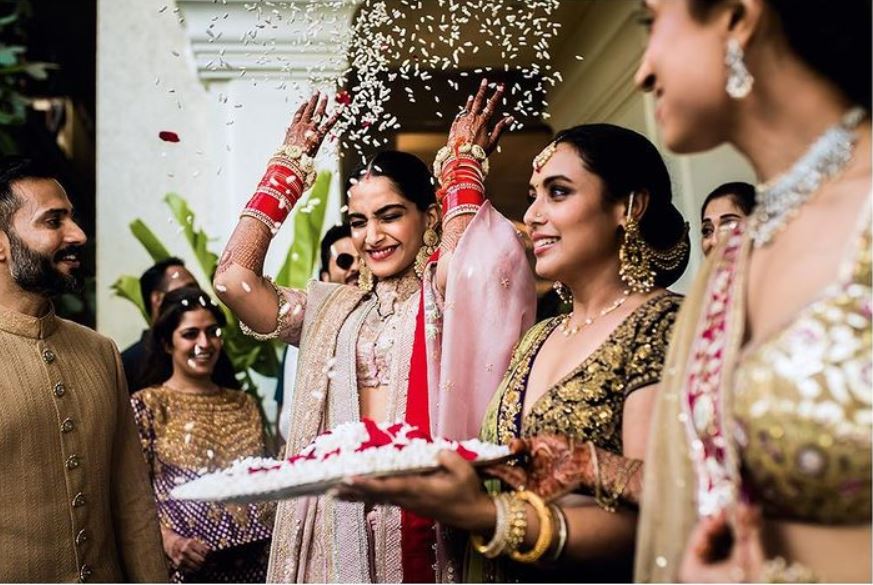 This is the most emotional moment of the wedding, where the bride bids goodbye to her family. While bidding her farewell, the bride throws back a handful of puffed rice over her head, making wishes of prosperity and well-being for her parents and home.

Pag phere in a Sikh wedding 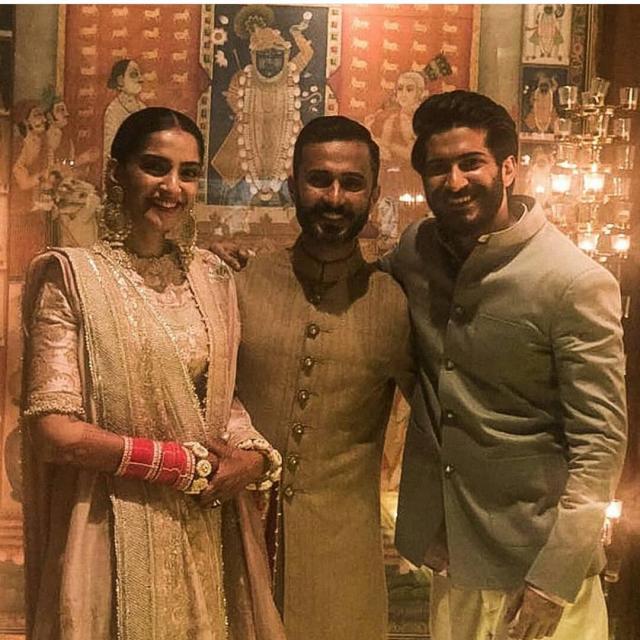 A day after the wedding, the bride and the groom visit the bride’s home for the first time as a married couple. The bride’s family receives the couple with gifts and a scrumptious feast is prepared for the groom.

The beautiful rituals and ceremony of a Sikh wedding make it a really beautiful, fun-filled and colourful event. So, which one is your favourite ritual of the entire Sikh wedding? Do tell us in the comments section below!

Next Read: Decoding Gujarati Wedding: Everything You Need To Know About The Sacred Pre And Post Wedding Rituals 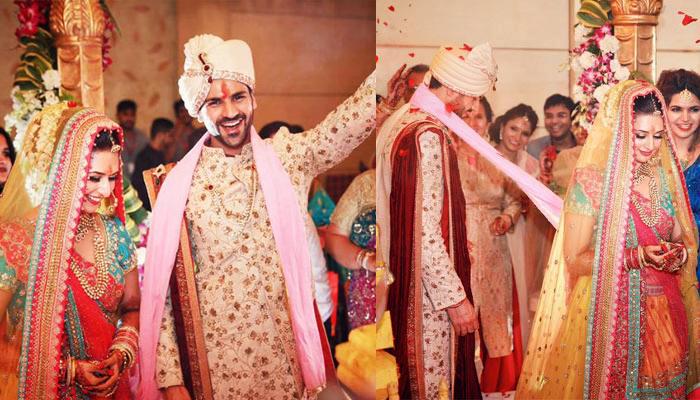 The typical Hindu wedding ritual consists of the bride and the groom taking seven vows in presence of their loved ones, with the holy fire as their witness. This is a way for the couple to confirm their commitment and sincerity to the new relationship they are about to begin. With each phera, the