Rumoured couple, Tara Sutaria and Aadar Jain have been in the limelight for their equation. Yesterday, Tara posted her solo pictures on Instagram and it was Aadar's comment that cleared their status.

From the moment we had spotted Tara Sutaria on Disney series, Suite Life Of Karan and Kabir, we knew that she is here to stay. And when Karan Johar had announced the star cast of his much-talked-about movie, Student Of The Year 2, we were jumping with joy after seeing Tara as one of the main leads. After her debut movie, she had proved that she is here to stay and make everyone applaud her brilliant acting skills and stunning screen space. (Recommended Read: Deepika Padukone Posts First Picture From Her Anniversary Celebration In Tirupati With Ranveer Singh)

Since Tara Sutaria had made her debut with the movie, Student Of The Year 2, her name has been linked up with many Bollywood stars. Her equation with her Marjaavan co-star and neighbour, Sidharth Malhotra has always grabbed lots of attention, but the duo has remained quiet about their personal equation. Tara was also linked up with Kareena Kapoor Khan’s cousin, Aadar Jain. From being spotted at casual outings to Diwali bashes, the duo has been in the limelight for many reasons. But Tara and Aadar have refrained from opening up about their ‘actual’ relationship status.

From the time when we used to send handwritten letters to confess our love to now tagging our crush on a post, times have changed, and we can’t help but adapt to the same. Our B-town celebs are not far behind in confessing their love and opening up about their relationship on their social media handles. And the latest being, rumoured couple, Tara Sutaria and Aadar Jain. On November 13, 2019, Tara took to her Instagram and posted her solo pictures and captioned them as “Like a song of love that clings to me, how the thought of you does things to me #unforgettable #NatKingCole” and within no time, her rumoured beau, Aadar commented, “Never before, has someone been more..” To Aadar’s comment, Tara replied, “@aadarjain That’s why darling, it’s incredible that someone so unforgettable, thinks that I am unforgettable too. :) Oh, and by the way, counting down the hours.” As per a report by the Deccan Chronicle, Tara on being asked if she has made anything official with Aadar yet, had said, "I didn’t announce anything. Yes, we do spend a lot of time together and we go to restaurants and together we visit a few places as well. I can only say, he is special to me. We got to know each other since last Diwali. So yes, we are seen together and photographed together. We spend time together. I am sure we shall be photographed together even in the future as we will be moving out together...we shall be seen eating at restaurants or visiting some places.” Isn’t it enough to confirm that the duo is in a happy space with each other? (Suggested Read: Arjun Kapoor, Janhvi Kapoor Are Proud Of Anshula Kapoor As She Receives Her First Award For Fankind)

Tara Sutaria and Aadar Jain had apparently met through a couple of their common friends and had instantly hit off. Earlier, as per a Mumbai Mirror report, Tara had broken the ice between the two and had offered a hand of friendship. The source had reportedly said that Tara is a friendly girl who quickly broke the ice and drew out the normally reserved Aadar. As per the source, the duo share a lot in common. This is not the first time that news about their blooming friendship had made it to the headlines. In August 2019, a Deccan Chronicle report had revealed that Tara and Aadar were getting close. A source close to the celebs had stated that they are happy meeting at parties and spending time with each other rather than going out on quiet dinners which don’t turn out so quiet when the paparazzi start snapping. 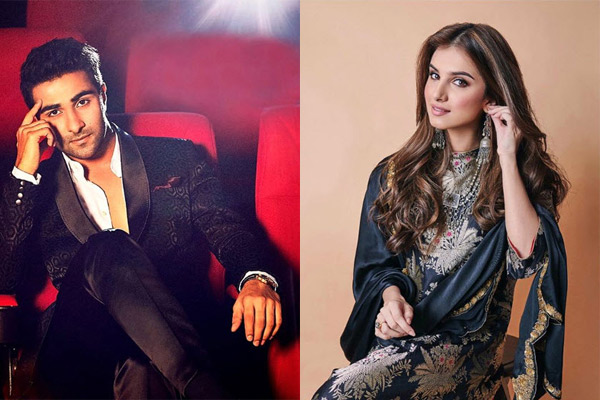 Tara Sutaria was previously grabbing headlines for her linkup with her Marjaavaan co-star, Sidharth Malhotra. Earlier, in a media interaction, Tara had remarked Sidharth as ‘cute’ and a ‘great boyfriend’. She had then said, “He's super cute and sweet and I'm sure he will make for a great boyfriend, but I'm single!” In an interaction with the Mumbai Mirror, Tara was all-praises for Sidharth and was quoted as saying, “Sid and I live close by so we hang out together. He’s very busy and so am I but it’s nice to have someone close by. We have a lot in common, he’s wonderful! We are friends- good friends.” (Must Read: Sara Ali Khan And Kartik Aaryan Plan To Celebrate New Year Together, Mom, Amrita Singh Is Not Happy) 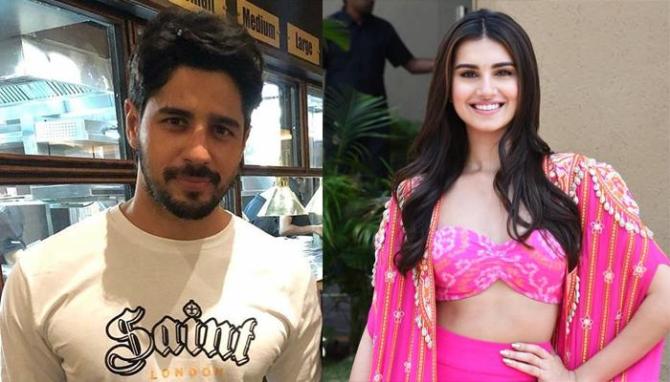 After all the speculations, we can’t wait for Tara Sutaria and Aadar Jain to officially confirm their relationship! 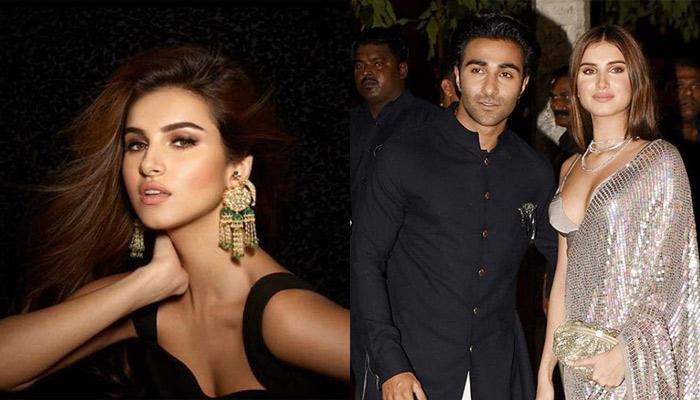 The moment you step into the world of glam and glitz, your personal life becomes an open book for people to read and judge. B-town celebs are subjected to all sort of speculations and rumours about their personal life and are often spotted clarifying their parts. However, mostly the speculations