Boney Kapoor and late Mona Shourie Kapoor’s daughter and Arjun Kapoor’s sister, Anshula Kapoor made the entire Kapoor clan proud as she received her first award which is the MOM Woman For Tech Award. Speaking about the Kapoors, it is only Sonam Kapoor Ahuja, Arjun Kapoor, Rhea Kapoor, Janhvi Kapoor, who get a prominent mention. But the ones, who are behind-the-camera and are keeping a low-profile too, make it to the headlines once in a while, courtesy social media. Even though Anshula Kapoor, Khushi Kapoor and Shanaya Kapoor haven’t made their Bollywood debut, netizens are intrigued about their personal life and cheer for their professional achievements. (Also Read: Charu Asopa Looks Beautiful In Pink Lehenga As She Gears Up For Another Wedding In Her Family)

Boney Kapoor and late Mona Shourie Kapoor’s daughter and Arjun Kapoor’s sister, Anshula Kapoor has kept herself guarded from the media but her latest venture had garnered her a lot of attention. It was on August 1, 2019, when Anshula had launched her first venture, Fankind, which is a fundraising platform that brings fans, celebrities and charities together to create magical once-in-a-lifetime experiences and happy memories, that work towards the greater good.

A graduate in Urban Studies from Barnard College of Columbia University, Anshula Kapoor made the entire Kapoor clan proud as she received her first award which is the MOM Woman For Tech Award at the MTV-IWM Digital Awards. The proud brother, Arjun Kapoor wrote a heartfelt note for his sister, Anshula with a video in which he could be heard asking her, "How does it feel winning your first award, Anshula? An award that give you wings." Along with it, Arjun penned, "She won her first award... Life is good... Nothing else matters to me in the world! PS - The award has the word 'MOM' on it and makes it more special because she's watching over you Ansh and that's bigger than any achievement of mine... Love you, Anshula. Keep working hard on Fankind."

Anshula Kapoor’s half-sisters, Janhvi Kapoor and Khushi Kapoor, cousin, Shanaya Kapoor and alleged soon-to-be brother-in-law, Karan Boolani (rumoured beau of Rhea Kapoor) also shared Insta stories, expressing how proud they are of this 26-year-old digital star. Anshula reposted their Insta stories and thanked everyone for their love and support. Here are the screenshots of the same: 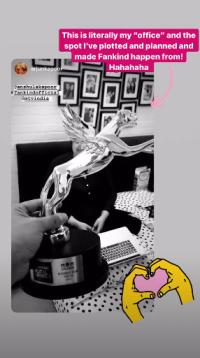 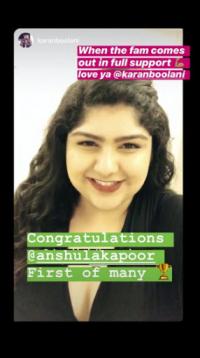 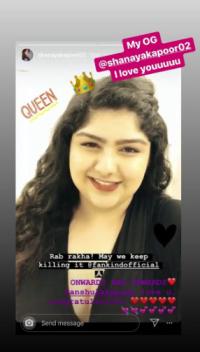 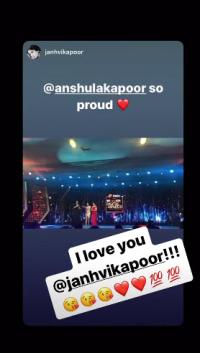 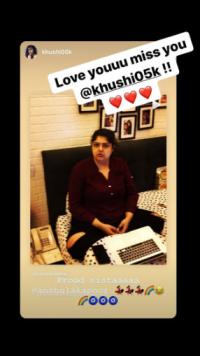 On August 1, 2019, Anshula Kapoor had shared the teaser of her first venture, Fankind, and had written, “Aaaaahhh I am SO EXCITED to share my first venture @fankindofficial with you!!! Fankind is a fundraising platform where we curate awesome celebrity experiences - a chance for you to do fun things with and hang out with your favourite celebrities - while helping raise money for charities. I hope you show it the same kind of love you’ve always showered me with! Our first campaign opens for donations super soon! Check out our website to know more - fankind.org (link in bio) #Fankind #ComeJoinTheMagic.” (Also Read: Ayushmann Khurrana's 'Jaan', Virajveer's Sketch Of 'Bala' Is A Hint Of How Much He Misses His Father)

The entire Kapoor clan, Arjun Kapoor, Janhvi Kapoor, Anil Kapoor, Sanjay Kapoor, Maheep Kapoor, Rhea Kapoor, Antra Motiwala Marwah, Mohit Marwah and the industry people including Karan Johar and Shweta Bachchan Nanda, had posted congratulatory messages for Anshula Kapoor on Instagram. While Sanjay had captioned his post as “@fankindofficial is a fundraising platform where they curate awesome celebrity experiences for fans, and to help raise money for charities. Their first campaign opens for donations on the 5th August..... very proud of you @anshulakapoor”, Karan had written, “Congratulations @anshulakapoor on this amazing initiative! It’s fandom with a purpose! A fundraising platform that curates awesome celebrity experiences for fans to help raise money for charities! For more details go to fankind.org @fankindofficial.” 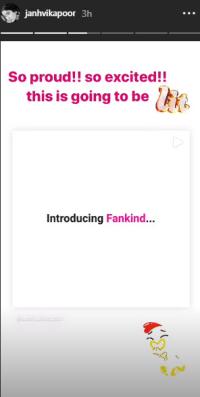 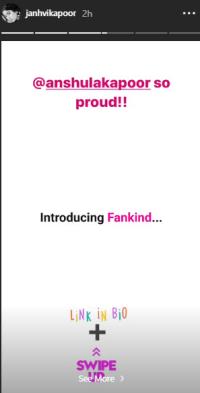 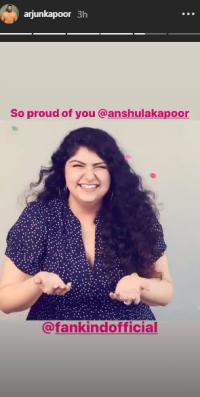 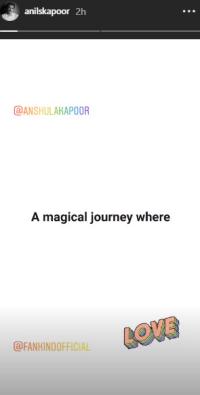 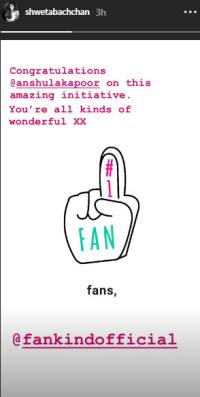 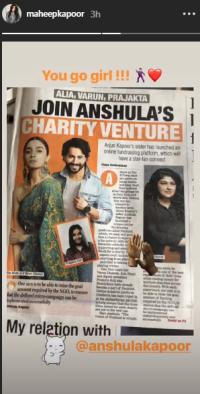 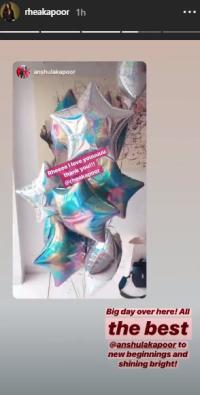 Introducing Fankind and how it works, Anshula Kapoor had revealed it all in a video posted on her venture’s official Instagram handle, which was captioned as “Hi guys, we're Fankind! We're here to spread some smiles, have some fun and make some magic! How you ask? Let our founder, @anshulakapoor take it away! #Fankind #ComeJoinTheMagic.” Anshula Kapoor’s brother, Arjun Kapoor, half-sister, Khushi Kapoor, cousin, Mohit Marwah and chachu, Sanjay Kapoor had recorded a special message for her on this special day. Arjun had shared the video and had written, “Cheers to @fankindofficial!!! Love you @anshulakapoor super proud of you... @mohitsmarwah #KhushiKapoor #SanjayKapoor.” To which, Anshula replied, "Hahahaha love youuu @arjunkapoor @mohitmarwah @sanjaykapoor2500 @khushi05k." (Also Read: Deepika Padukone Posts First Picture From Her Anniversary Celebration In Tirupati With Ranveer Singh)