On September 20, 2018, Neil and Rukmini had welcomed their little angel, Nurvi.Â Scroll down as the mom shares a twinning picture with the little one!

Cute little hands, tiny little feet, rosy lips and chubby cheeks are all the adjectives that would define a baby. Blessed are those couples who get to experience parenthood and play with their mini versions. Famous Bollywood actor, Neil Nitin Mukesh and his beautiful wifey, Rukmini Neil Mukesh are one amongst those luckiest couples. The two had entered the matrimonial bliss through an arranged marriage in February 2017, and right after a year plus a few months, on September 20, 2018, Neil and Rukmini had welcomed their little angel, Nurvi. (You May Like: Virat Kohli Finally Reveals Why Wedding With Anushka Was Kept So Confidential, It's A Valid Reason)

It was Neil who had shared the good news of welcoming their little munchkin, Nurvi into their lives. He had shared the below snap, with a caption that was worded as, “Rukmini and I are proud to announce the arrival of our darling daughter, Nurvi. The entire Mukesh family is elated. Both mother and daughter are well by the Grace of God.” And ever since, the family had welcomed Nurvi, they have been keeping their fans updated with lovely pictures of the angel. 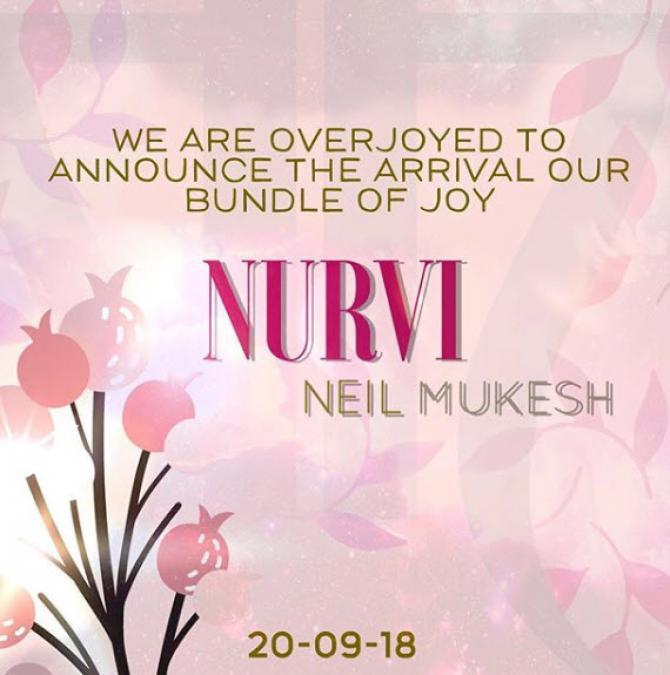 For the ones who don’t know, Nurvi means ‘precious’ and indeed she is for her family. While her grandpa can’t stop obsessing over her and he keeps sharing the glimpses of the little one on his official Instagram handle, her mom, Rukmini can’t thank God enough for blessing her Nurvi, which she often expresses on social media. On September 2, 2019, just like many showbiz celebs, this family too had welcomed Ganpati ji in their home like every year. Yesterday, on September 5, 2019, Rukmini took to her Insta story and shared a drool-worthy picture of herself and Nurvi. The maa-beti jodi could be seen twinning in a green lehenga and both looked ravishing. Atop the picture, Rukmini wrote, “Twinning with my cupcake.” Without further ado, here’s the picture for you: 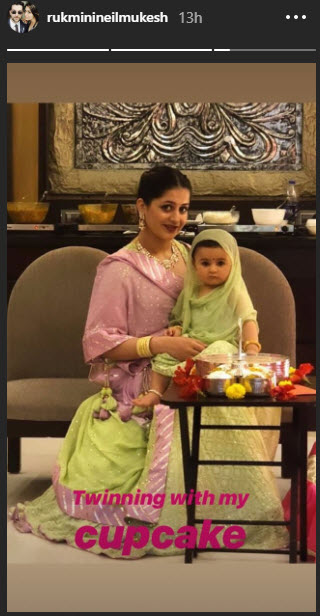 After the birth of Nurvi, her doting and elated father had talked to a leading online tabloid and had expressed his happiness over shopping for the baby in malls. He was then quoted as saying, “We learnt of the pregnancy a few months ago but wanted for things to settle in before making the news public. Previous trips to Abu Dhabi had been all about shopping for us, but this time it is entirely focussed on our baby. We are picking out things in neutral colours because we don’t know yet if it’s a boy or a girl. I just want to make sure that Rukmini is happy. We have been visiting all the maternity sections in malls and it’s amazing to see the tiny mittens and baby clothes. It’s overwhelming and exciting as well.” (Also Read: Shahid Kapoor And Mira Rajput Kapoor's Son, Zain Kapoor's Elegant Birthday Cake Is Mouth-Watering) He had further added, “The arrival of our first born hasn't seeped in yet but I'm definitely very excited for the next phase in my life. I am lucky to have great support system at home, who are constantly guiding Rukmini on the dos and don'ts. We are okay with a baby girl or a baby boy as long as the baby is healthy. She’s happy that everyone has been pampering her even more than before.” 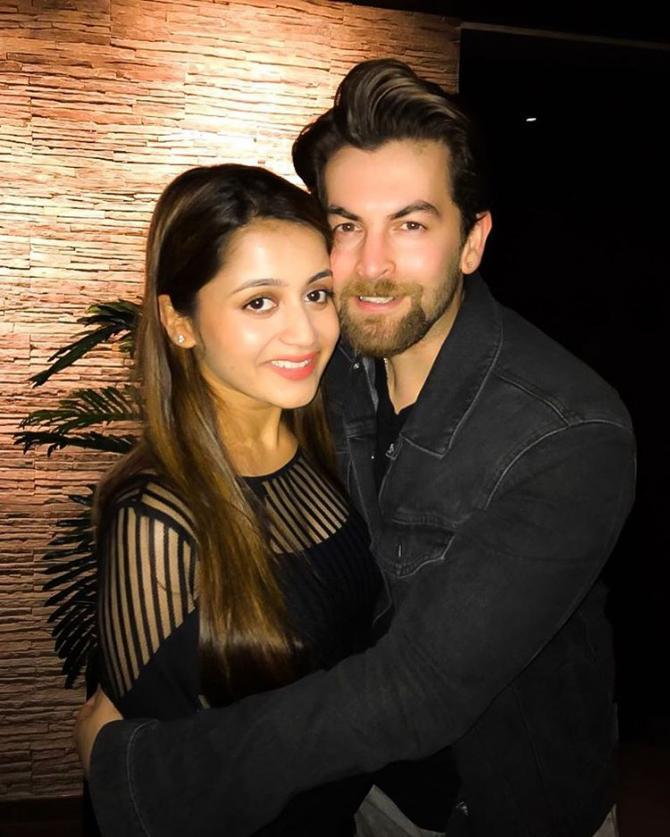 As we all know, when a couple welcomes a baby in their home, it is not only their promotion but everyone else related to them gets higher designation. The next in line who can be spotted the happiest is the baby’s grandparents. Revealing how happy Nitin Mukesh ji and Nishi Mukesh ji were, Neil had retorted, “Mom and dad have been hands-on parents and will be fabulous grandparents. My mother has already brought out the cot for the baby that has been passed down for generations. She will guide Rukmini whenever she needs advice”. (Checkout: Ishaan Khatter And Janhvi Kapoor Attend Zain Kapoor's Private Birthday Bash Hosted By Shahid-Mira) 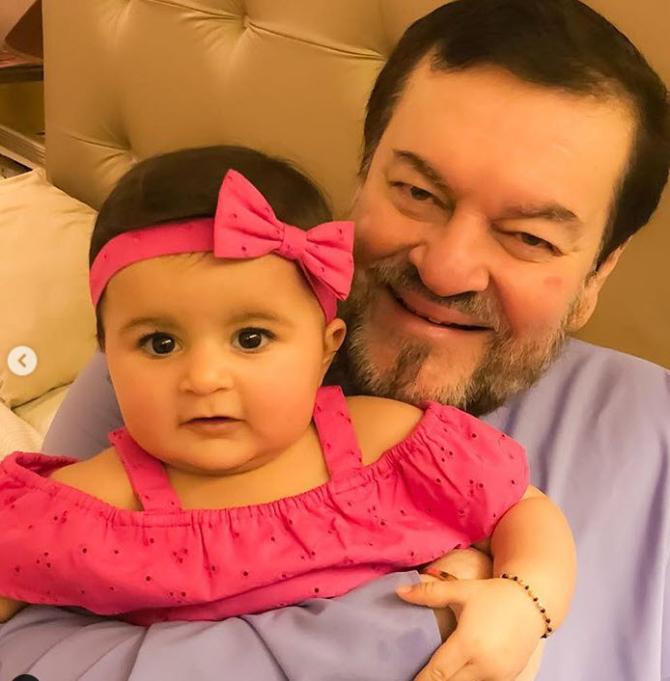 In fact, Nitin Mukesh himself was quoted as saying, “This is the 4th generation of the Mukesh legacy. This means the world to us and we are very elated. The one thing Nishi and I were looking forward to after Neil got married was a grandchild. In fact, Nishi has started redesigning the family cot that has been passed on from generation to generation for the new arrival.” 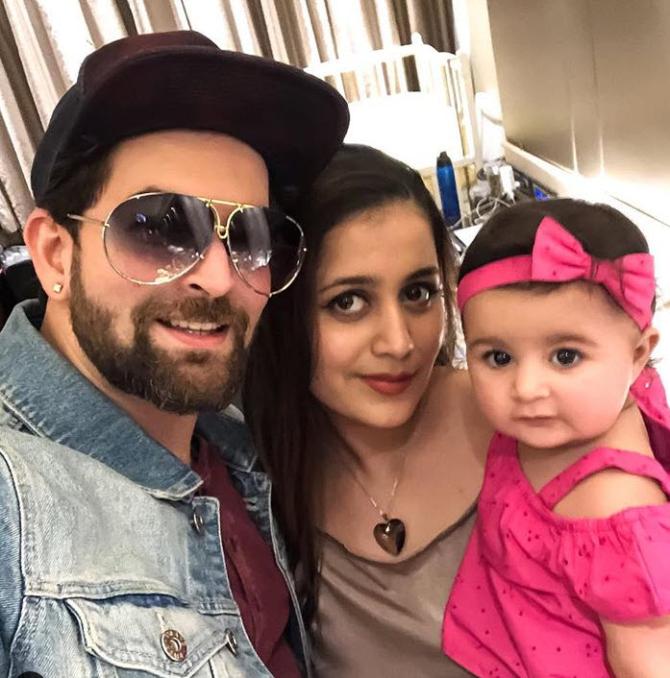 On the other hand, when Rukmini was once asked about how Neil would be as a father, she had remarked, “Neil will be an excellent father just as he is a fantastic husband. He loves children. The family has been taking good care of me. We have been doing a spot of baby shopping for a few months now, apart from activities like meditation, yoga and music.” (Do Check: Alia Bhatt And Ranbir Kapoor Share Some Quality Time Together As They Go On A Jungle Safari)

What do you guys have to say about Nurvi and Rukmini’s twinning picture? Do let us know! 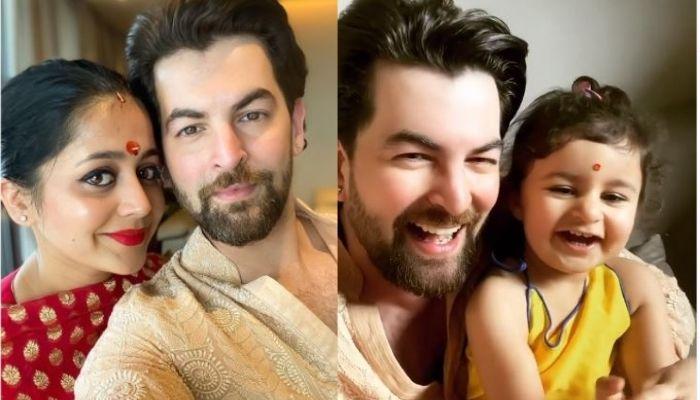 Neil Nitin Mukesh had tied the knot with the love of his life, Rukmini Sahay in the year 2017. And later, in September 2018, the duo had embraced parenthood with the arrival of a little angel in their world. The parents have been giving the best of values to their daughter.