Yesterday, Shahid Kapoor and Mira Rajput Kapoor's little lad, Zain turned one and Mira shared glimpses from the birthday celebration and today, we have got the picture of the yummy cake. 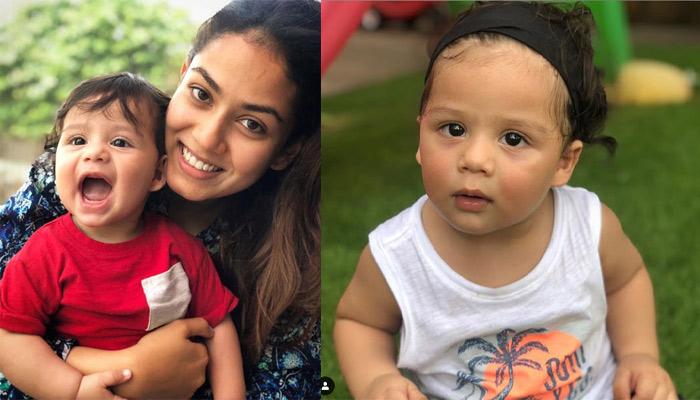 Shahid Kapoor and Mira Rajput Kapoor were on cloud nine yesterday, when their little munchkin, Zain Kapoor had turned one. The power couple of Bollywood embraced parenthood for the second time in September 2018, when they were blessed with their son, Zain. Yesterday, on September 5, 2019, Zain had celebrated his first birthday.

The life of Shahid Kapoor and Mira Rajput revolves around their two little munchkins, Misha Kapoor and Zain Kapoor. Yesterday, we shared with you how Mira prepped up for Zain’s first birthday celebrations, a day before his birthday. She had taken to her Instagram story and had shared a sneak peek of the handmade décor. Sharing the glimpse, she had written, “DIY Birthday Prep”, atop it. (Recommended Read: Mira Rajput Kapoor Shares A Sneak Peek From Zain Kapoor's First Birthday Bash Preparations) 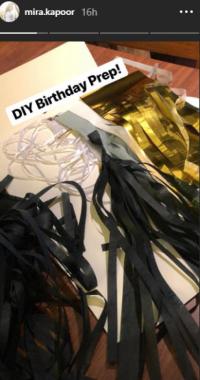 On August 26, 2019, Shahid Kapoor and Mira Rajput Kapoor had celebrated their kids’ joint birthday bash and for the Birthday celebrations, the yummilicious birthday cake was prepared by the celebrated cake designer, Daffodils Creations. For Zain’s first birthday bash yesterday, the responsibility for preparing the cake was again bestowed to them. Today, on September 6, 2019, Daffodils Creation took to their Instagram handle and shared a picture of the scrumptious birthday cake! They have captioned the image as “#Zain is a wild ONE! Congratulations to the proud parents @mira.kapoor and @shahidkapoor, may this wild rumpus continue. It was once again a pleasure to bake this special cake, Happy 1st to little Zain!" Take a look at the mouthwatering cake: 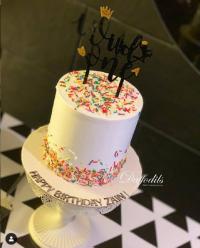 For Misha Kapoor and Zain Kapoor’s joint birthday celebration, the Daffodils Creation team had prepared joint birthday cakes, the cake had a big bright caterpillar hop from one cake to another. The Daffodils creations team had shared the picture of the cake on their Instagram handle and had captioned it as “A joint celebration Cake for Zain's 1st and Misha Kapoor's 3rd Birthday in 'The Hungry Caterpillar' theme. Thanks @mira.kapoor for the opportunity. It was a pleasure to do the Cake for this special occasion. Flavours - Vanilla Strawberry Creamcheese and Belgian Chocolate with Hazelnut Praline." (Suggested Read: Mira Rajput Kapoor Shares An Adorable Wish For Her Little Munchkin, Zain Kapoor's First Birthday) 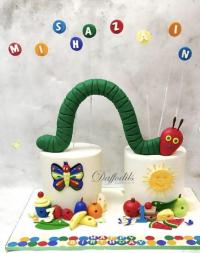 On September 5, 2019, Mira Rajput Kapoor had taken to her Instagram story and had posted a picture of the décor from Zain’s first birthday bash. In the picture, Zain can be seen admiring the handmade décor. Atop the picture, Mira had written her birthday wish for her little bundle of joy, Zain. She had written, “My darling, happy birthday." 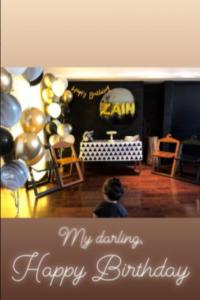 Mira Rajput Kapoor was in full celebration mode yesterday and had showered us with one more picture with the birthday boy, Zain on her Instagram handle. She had captioned the image as “Try and find Zain without a kissie patch. Happy Birthday to my world.” Take a look at the cute picture: 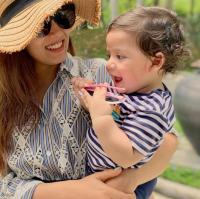 On September 5, 2018, announcing the birth of their little munchkin, Shahid had taken to his twitter handle and had written, “Zain Kapoor is here, and we feel complete. Thank you for all the wishes and blessings. We are overjoyed and so grateful. Love to all." The duo has been flooding the internet with their little munchkin's pictures ever since they had joined the parents' brigade of B-town. The Adorable pictures and the captions make us go awww! Take a look at some of the pictures: 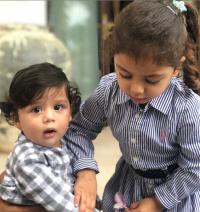 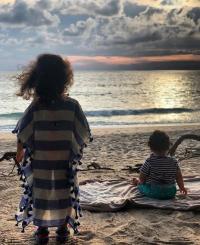 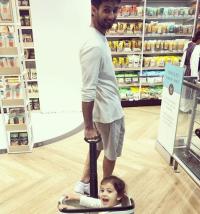 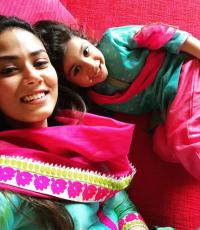 During one of the episodes of Karan Johar’s chat show, Koffee With Karan, Shahid Kapoor had talked about parenting. He was quoted as saying, “My wife tells me that I am a little obsessive and protective and that I need to calm down a little bit. I tell her that she is too casual. Having said that, we try and find the middle ground which I think is good for the kids because you need to have both types of parents. If both are too obsessive or both are too careless I don’t think that works, so you need to find that balance.”  (Must Read: Alia Bhatt And Ranbir Kapoor Share Some Quality Time Together As They Go On A Jungle Safari)

We are eagerly waiting for more birthday bash pictures. What about you guys? When it comes to modern-day ladies, they all make sure that they make their careers their priority. But there are certain ladies, who prefer to spend more time with their kids and family and give their career a back seat. And kudos to them, how well they manage the household