On December 11, 2017, Anushka Sharma and Virat Kohli walked down the aisle and became each others' forever. Scroll down as he reveals the reason behind keeping their wedding so confidential! “Haule haule ho jayega pyar chaleya, haule haule ho jayaga pyar…” Anushka Sharma had shone like a true diva in this song. And later, her own haule haule pyar ki shuruwat happened when she did an ad shoot with the ace Indian cricketer and captain of the team, Virat Kohli. The two instantly clicked and the rest as we say, is history! December 11, 2017, was an auspicious day in the lives of these two lovers when they had decided on forever by taken the saat pheras around the holy fire. It was a totally private affair with only 42 close ones present at the do to bless the couple.

Very commendable and successfully, Virat and Anushka had kept their wedding a secret. Right from keeping fake names for the booking, not disclosing the destination even to the guests to keeping tight security around the wedding venue, Virushka (as their fans love to call them) did everything just so on-point! Every now and then, Virat and Anushka are asked about their secret wedding and we get to know something new every time. (You May Like: Alia Bhatt And Ranbir Kapoor Share Some Quality Time Together As They Go On A Jungle Safari)

Similarly, in the latest discussion with Pinkvilla, Virat finally revealed as to why his wedding with Anushka was kept so confidential. Revealing that Anushka had planned everything, even the location, the handsome right-handed batsman was quoted as saying, “So the plan was all executed by Anushka because I was in the middle of the series. So, she (Anushka) figured out the location and everything and she mentioned it in pretty categorically that we have to keep it confidential and there was no other way around it.” 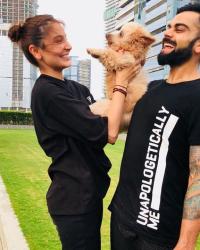 And further digging about the wedding location, Virat revealed, “Yeah, but even then, one of the media guys I think reached there but wasn't allowed to enter. It was so confidential he didn't tell us until we landed in Florence. We landed in Florence and asked the driver 'Where are we going?' and he said, 'Am not supposed to tell you'.” (Also Check: Sharad Malhotra And Ripci Bhatia Celebrate Their First Ganesh Chaturthi After Wedding, Pics Inside)

Further being probed to stamp the news of only 42 guests at their Tuscany, Italy wedding, the 30-year old admitted the same, whilst revealing the reason, “Yes, the wedding was very private. We announced it to our friends and there was a frenzy. There was top security and people had to get in with their cards or you couldn't enter. So proper top-level stuff and then we came to Bombay to do another celebration for her industry friends, my cricketer friends.”

And finally, he signed off by saying, “So across two celebrations after they ended, the next day our families said, 'We are so glad you did it in Italy'. Imagine if the main thing had happened in India. It would have been madness. They (family) couldn't handle 2 celebrations and a wedding. That's when they realized 'Ok, what they did was the right thing!'” (Do Read: Raj Singh Arora Confirms He Was Never In A Live-In Relationship With Girlfriend Pooja Gor) 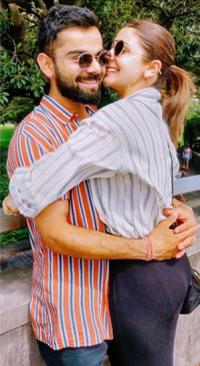 Of late, in an interaction with the Vogue, Anushka had shared the details as to how they had managed to keep their wedding a secret. The Pari actress had remarked, “We even used fake names while talking to the caterer; I think Virat’s was Rahul. We wanted to have a home-style wedding. There were only 42 people there, with all our friends and family present. I wanted it to be about Virat and me marrying each other, and not this big celebrity wedding. The energy at our wedding was blessed.” 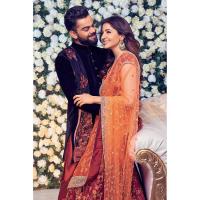 Speaking about the current state of her life, Anushka had retorted, “I’m in this space where I feel very peaceful, comfortable, self-assured and, I guess, really in touch with myself one hundred per cent. It’s something I’ve been working towards since the very beginning. All the decisions I’ve taken leading up to now have always been keeping that in mind. I base my decisions on what makes me more peaceful, and nothing else. If something makes me anxious and uncomfortable, I won’t do it, even if it’s something that I know I must do.” (Don't Miss: Mira Rajput Kapoor Shares An Adorable Wish For Her Little Munchkin, Zain Kapoor's First Birthday)

Here's wishing a life full of happiness and love to Anushka and Virat!