Anmol, who is having a wonderful time personally as well as professionally, is all set for his new venture, 'Jammin'. Anmol speaks on pampering his pregnant wife, Amrita Rao.

Before a couple conceives, there’s a thin line which divides the responsibilities of a husband and wife. However, once they get pregnant, the line fades away and it becomes the responsibility of the husband to take care of everything and his wife. While there’s already a lot going on for the wife, the husband needs to make sure that his wife and the unborn baby is closest to being stress-free most of the time, by keeping the former happy and pampered. And that’s what Amrita Rao’s RJ husband, Anmol is doing! (Also Read: Dimpy Ganguly Shares A Magical Picture With Her Kids From Their Maldives Vacation)

Despite the social media, paparazzi culture and constant media scrutiny, some celebrities have proved that it is possible to keep their personal life away from the limelight. Amrita and Anmol are proof of the same. Amrita Rao and her RJ hubby, Anmol had not only kept their relationship and marriage a secret, but their pregnancy too. In mid-October, Amrita was spotted outside a clinic in Khar with Anmol, and it was her baby bump which made its way to the headlines in no time. The mommy-to-be had looked beautiful as ever in a white top and matching shorts with pregnancy glow and baby bump accentuating her look. 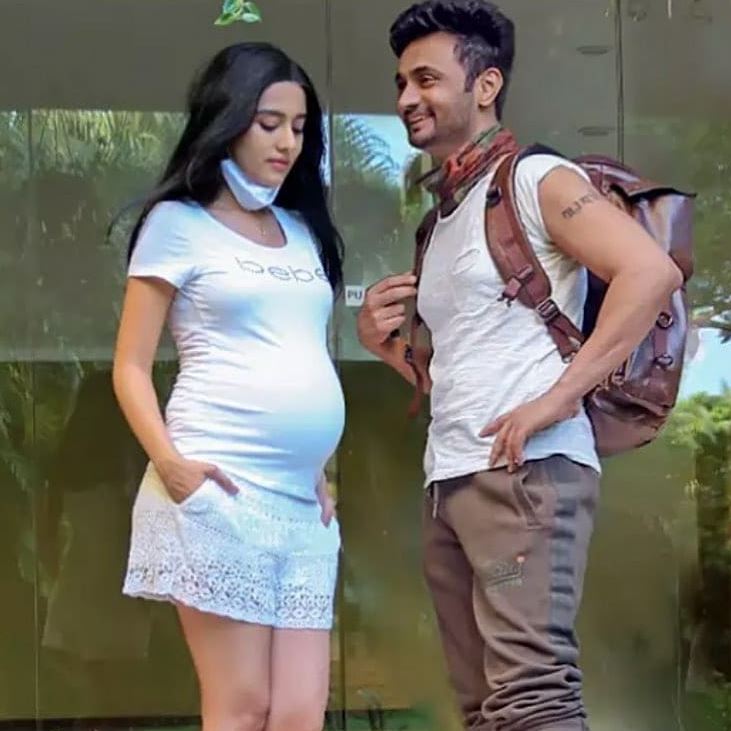 Ever since her picture with a baby bump had gone viral, Amrita Rao and Anmol are flooded with congratulatory messages and questions on their pregnancy. Anmol, who is having a wonderful time personally as well as professionally, is all set to become a TV show host with the music reality show, Jammin. In a conversation with the Hindustan Times, when Anmol was asked if he is already getting goosebumps, pat came his reply, “I am feeling on the top of the world right now. Look at the luck and the destiny in which I completely believe in. These are things which we do not plan, here I am making my debut on a music reality show which I would have loved to be a part of. Imagine this show was going to come in March but it is now coming at a point when at the same time I am going to become a father.” 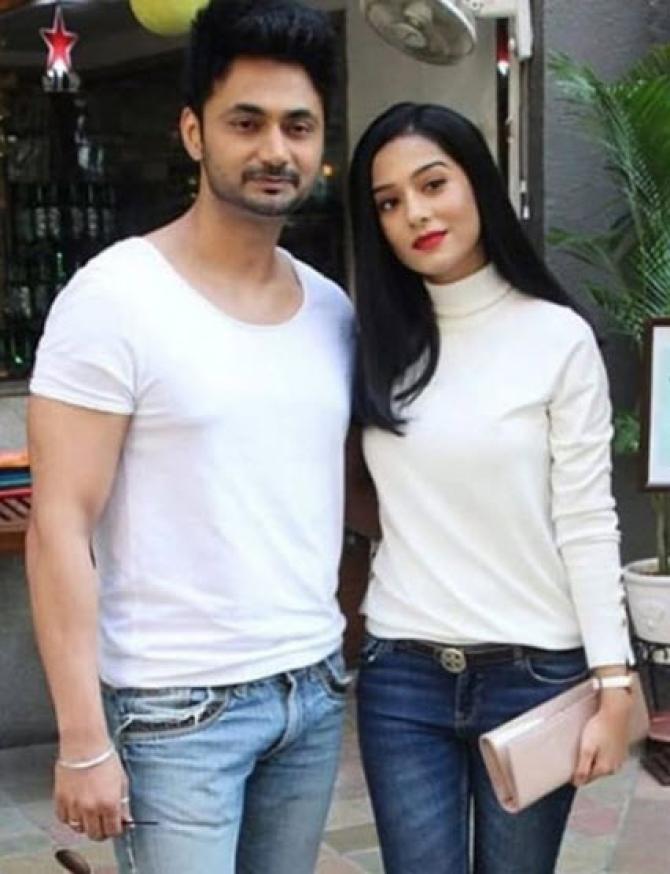 Amrita Rao, in one of her interviews, had acknowledged that she is being treated like a princess by her loving husband. Reacting to such kind words by his wife, Anmol remarked, “Amrita is a princess so she deserves to be treated like that. There’s nothing new, that’s the way I have been treating her from day one.” (Also Read: 'Teri Mitti' Fame, B Praak's Wife Shares Son, Adabb's Unseen Picture When He Was 2-Days-Old Baby) Speaking about his journey of pampering his pregnant wife, Amrita Rao, amid the limitations of a lockdown and pandemic, Anmol refuted of facing any kind of difficulties. Revealing that he feels blessed to be able to spend all his time with Amrita during her pregnancy, Anmol said, “This lockdown has been a blessing in disguise. Who gets the opportunity to be together 24 hours a day at such a time! Talking about dealing with the pandemic, we didn’t move out at all and were very strict and particular about that aspect. I am a very positive soul and I always believe every problem has an opportunity and everything which is going bad will be followed by a good thing.” 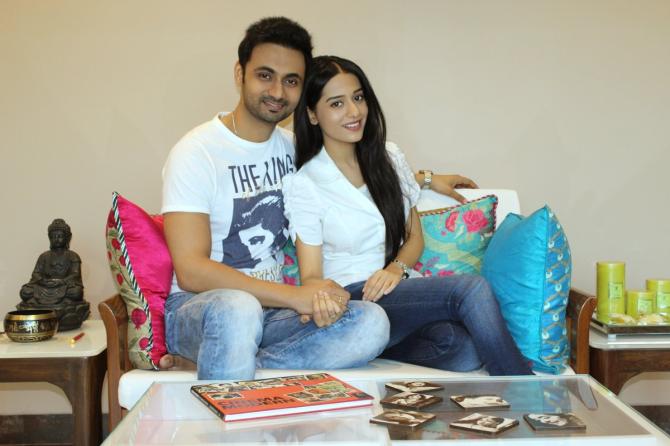 In their first pregnancy post on social media, Amrita Rao and Anmol had given a pleasant surprise by announcing that they’ve already entered the ninth month of pregnancy. Officially announcing their pregnancy and expressing their excitement on a ‘baby coming soon’, while Amrita had written, “For YOU it’s the 10th Month... But for US, it's THE 9th!!! Surprise Surprise ..Anmol and I are in our NINE'th month Already!! Too excited to share this good news with You my Fans And Friends (sorry had to keep it tucked in my Belly All this long) But It's True... the Baby is Coming Soon. An exciting journey for me, @rjanmol27 and our Families... Thank you universe. And thank you. ALL Keep blessing”, Anmol had captioned his post as “For YOU it’s the 10th month... But for Us, It’s THE 9th!!! @amrita_rao_insta.” (Also Read: Shah Rukh And Kajol's Hilarious Banter On His Son, Aryan Khan Eloping With Her Daughter, Nysa Devgan) 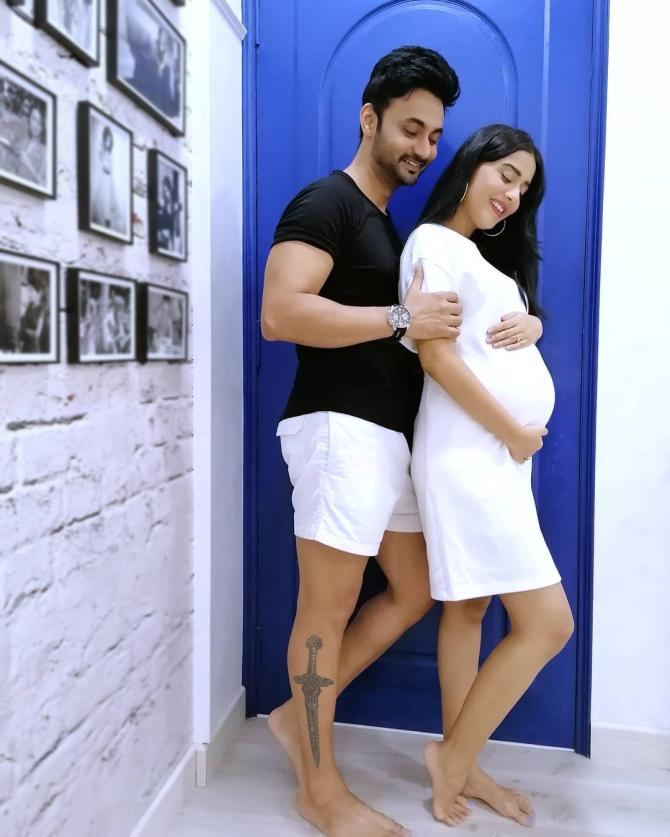 Here's wishing the best of time to Amrita and Anmol during the last few days of their pregnancy!