Once during a Rapid-Fire session on Koffee With Karan, Karan Johar had asked Kajol how would she react if Shah Rukh Khan's son, Aryan Khan eloped with her daughter, Nysa Devgan.

This day, 25 years ago, a film by Aditya Chopra redefined everything we knew about love and every moment of the film is an experience that we haven’t forgotten even today. Dilwale Dulhania Le Jayenge gave us the ‘Palat’ formula to check if she loves you or not, ‘Jaa Simran jaa...jee le apni zindagi’ and ‘Bade bade deshon mein aisi choti choti baatein hoti rehti hain’ have been our go-to dialogues since then and Raj became our dream man, who made us fall in love with wide-open arms and dimpled smile. (Also Read: Shah Rukh Khan And Gauri Khan's Combined Net Worth, The Ace Designer Isn't Far Behind Her Star Hubby)

Since Dilwale Dulhania Le Jayenge completed 25 years of its release, Shah Rukh Khan, Kajol, Karan Johar, Uday Chopra and the entire cast and crew of the film is recalling the memories and days of the shoot. Shah Rukh and Kajol have changed their Twitter names to Raj Malhotra and Simran and their display pictures to the characters from their film. Sharing a special video on '25 years of celebrating love', Shah Rukh tweeted, "25 years!!! Filled with gratitude towards you for loving Raj & Simran, with all your heart. This always feels special. #DDLJ25 @yrf." Kajol shared the same video and captioned it, "Raj & Simran! 2 names, 1 film, 25 years and the love doesn't stop coming in! I am truly grateful to all the people who made it what it is today.. a phenomenon and a part of their own history. The fans! Big shoutout to all of you #25YearsOfDDLJ @yrf @iamsrk."

Once during a Rapid-Fire session on Koffee With Karan, Karan Johar had asked Kajol how would she react if Shah Rukh Khan’s son, Aryan Khan eloped with her daughter, Nysa Devgan. Karan asked Kajol, “10 years from now, if Aryan Khan eloped with Nysa, you would…” Before Kajol gave her answer, Karan interjected and said, “It’s sabotage!” leaving everyone in splits. Making a reference to their film, DDLJ, Kajol had answered, “I would say, ‘Dilwale Dulhe Le Jayenge’.” When she turned to Shah Rukh for a high-five, he reacted with a poker-face, “Mereko joke samajh nahi aaya. I’m too scared about if she gets related to me… (pretending to stutter) I can’t think!”

To mark 25 years of the cult film, Dilwale Dulhania Le Jayenge, let us share some fun facts with you. Did you know who suggested the name of the film? It was the veteran actor, Kirron Kher, and when she had suggested the name, everyone thought it to be too long. Anupam Kher had once revealed in an interview with a media portal that Shah Rukh wasn’t happy with it but Aditya Chopra was thrilled. Do you remember the moment in the song, Ruk Ja O Dil Deewane, when Shah Rukh drops Kajol on the ground in the end? It was a part of the choreography but Kajol didn’t know about it. Her shell-shocked expression when Shah Rukh drops her at the end of the song was a genuine reaction. (Also Read: When Ranbir Kapoor Had Turned Sous-Chef For Brother-In-Law, Saif Ali Khan At Kapoors' Get-Together) 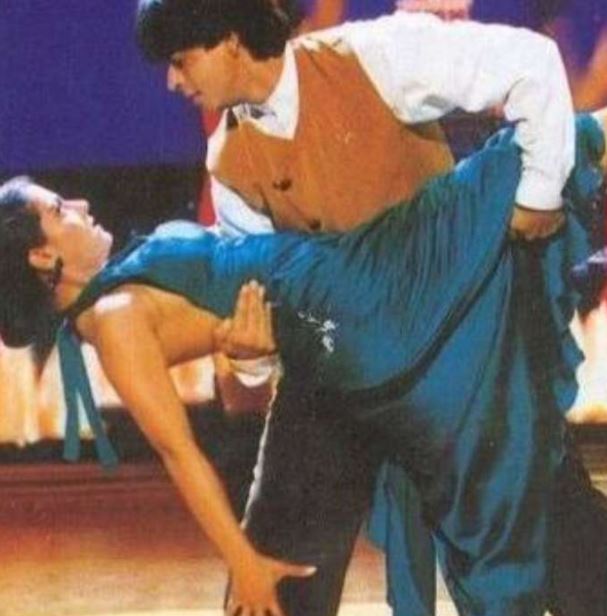 Speaking about the iconic climax train scene when Simran runs to Raj, who was on the train, extending his hands for her, Kajol had credited Aditya Chopra in an interview with Peeping Moon. She had said, “Honestly, we were worried about the heat and getting cranky, my hair was frizzling out. The train wasn't moving at the right speed that it should have. We couldn't do retakes because the train had to go ahead and come back which would take some 20 minutes. It was a mess. Actually, Raj should have just pulled the chain instead of making me run like a crazy person. In hindsight, of course, it's become an iconic scene but I can't take any credit for it. It's all Adi.” 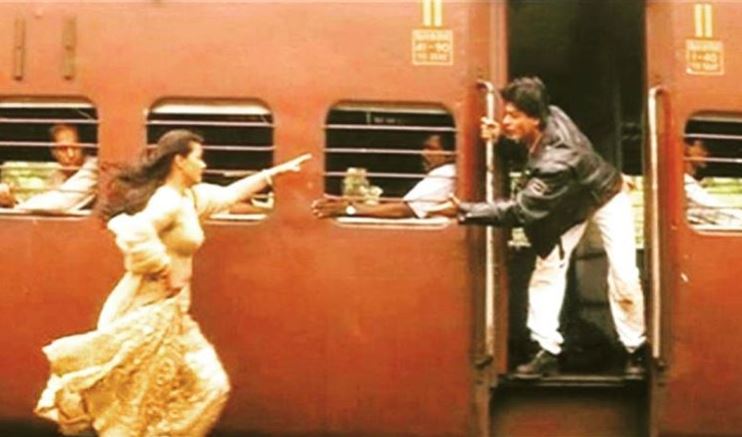 Did you know that Shah Rukh Khan had advised his daughter, Suhana Khan to stay away from any guy who behaves like ‘Raj’ and ‘Rahul’? In an interview with the Filmfare, Shah Rukh had remarked, “What is the essence of romance? To make somebody feel it at a particular moment in time. Personally, I’m not like that. If I stood with my arms open and sang a song in front of my wife, probably she’d throw me out of the house. I told my daughter, that if a guy meets you and says, ‘Rahul, naam toh suna hoga’, he’s a stalker. If a boy looks at you across a room at a party and says, "aur paas, aur paas", go kick him in the shins. But in the film, if I’m able to activate an element of innocence and make it attractive, the role gets reinvented by itself.” (Also Read: When Ibrahim Ali Khan Twinned With Abba, Saif Ali Khan At His Wedding With Kareena Kapoor [Pictures]) What is your favourite scene or memory with DDLJ? Let us know!