B Praak and His wife, Meera Bachan have made an official IG handle for their son, Adabb Bachan, and are sharing some adorable unseen pictures. Check out his adorable 2-days-old baby photo! B Praak has swooned over millions of hearts with his soulful songs like Fillhall, Mann Bharrya, Teri Mitti, Masstani and others. He is riding high on his professional achievements and his personal life too is a success story that his fans love to know more about. The singer had tied the marital knot with his ladylove, Meera Bachan on April 4, 2019, and became an idol couple for millions of their fans. It was in July 2020 that the couple had welcomed a baby boy in their life, and the singer had thanked his wife for all the pains and sacrifices she had faced. (Also Read: Angad Bedi Enjoys Pool Date With Daughter, Mehr In Maldives, She Looks Adorable In Blue Swimsuit)

After 3 months of hiding his son’s face from his fans and media, the doting daddy, B Praak had finally shown the face of his newborn son on October 16, 2020. On his son’s three-month-birth anniversary, B Praak had shared the first-ever complete picture of his son and had also revealed his name. The doting parents, B Praak and Meera Bachan have named their son, Adabb Bachan. 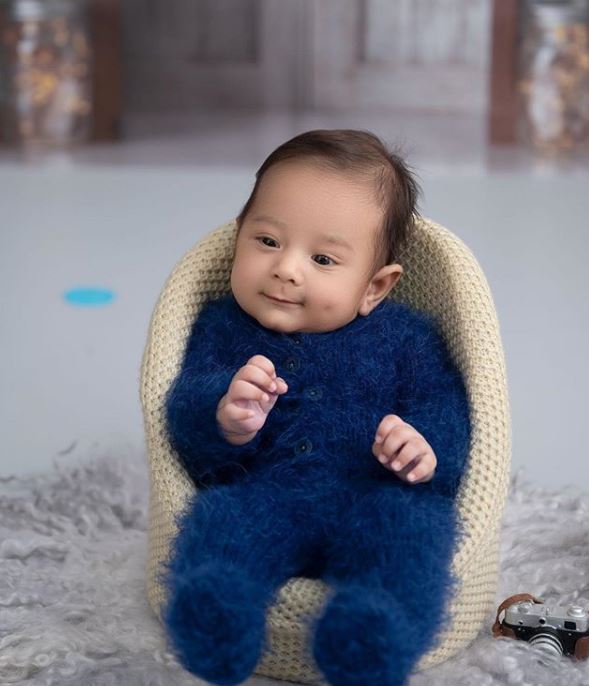 As the parents have made an official IG handle for their son, Adabb Bachan, they are sharing some adorable unseen pictures of their son. His mommy, Meera has been actively managing her son’s account and now, she has shared an unseen picture of her son, Adabb from the time when he was a 2-days-old baby. In the picture, Adabb looked adorable as he was peacefully sleeping, covering his ears with his little hands. Sharing the picture, she captioned it as “Peaceful sleep #2daysoldbaby”. Take a look: 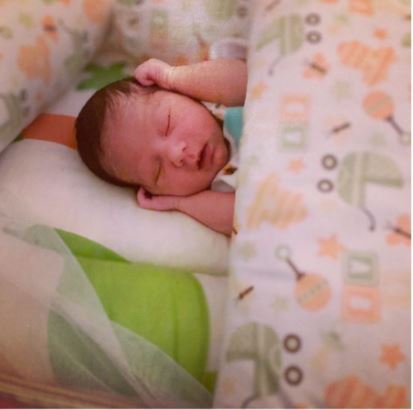 B Praak and his wife had also gotten a professional photo shoot done for their little munchkin. On October 19, 2020, B Praak had taken to his IG handle and had shared a picture from his baby boy, Adabb's Harry Potter themed photoshoot. Adabb's cuteness in Harry Potter avatar had melted our hearts, and we had gotten a new star kid's handle to stalk now! 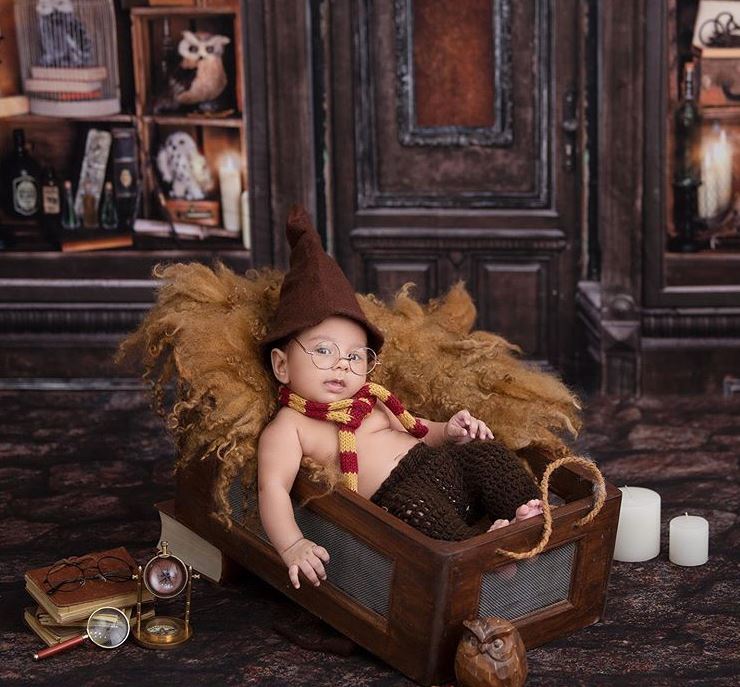 It was on September 23, 2020, when B Praak had posted the first-ever complete family picture. In the picture, B Praak was seen hugging his baby boy in his arms and giving a peck to his wife, Meera on her forehead. Along with the beautiful picture, he had written, "I Got The Best Ones. Pure Blessings #IGOTUS #TheBPraakFamily." (Recommended Read: Shilpa Shetty's Son, Viaan Performs 'Puja' On The 4th Day Of 'Navratri', Chants 'Gayatri Mantra') 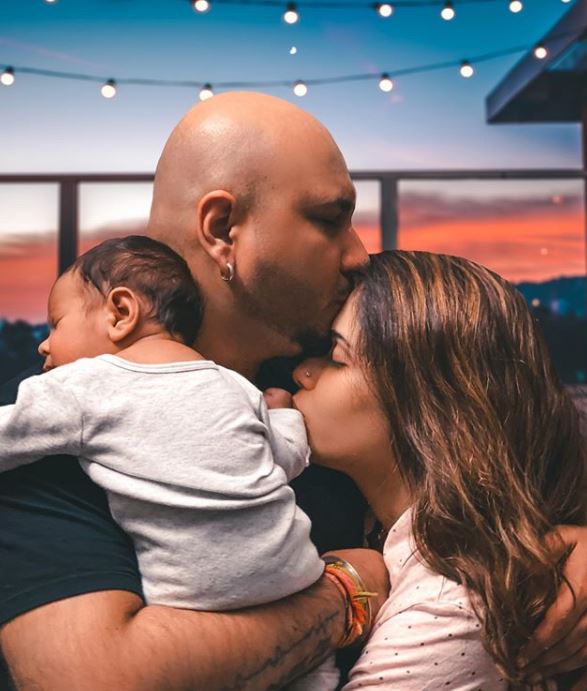 On July 16, 2020, B Praak had taken to his Instagram handle and had announced the birth of his first child, a baby boy. Along with the announcement, B Praak had written a long touching note for his wife, Meera Bachan, thanking her for all the pain and sacrifices she has done in the nine months of her pregnancy. The singer’s long note had perfectly depicted his emotions and it could be read as “Ohhh My God My Hands Are Shivering While Typing This Ufff Blessed With Baby Boy Guyz Thankuu @meera_bachan My Wife My Queen For This My Love I Love Uh Soo Much I have seen uh all this 9months Yaar Meeru Jo Tumne Saha Hai Those Pains Sleepless nights no one no one can do that only A Mother Jitna thanks Karun utna kamm hai bhot choti cheez hai Thanks Tere liye Meri Jaan Love U so much.” 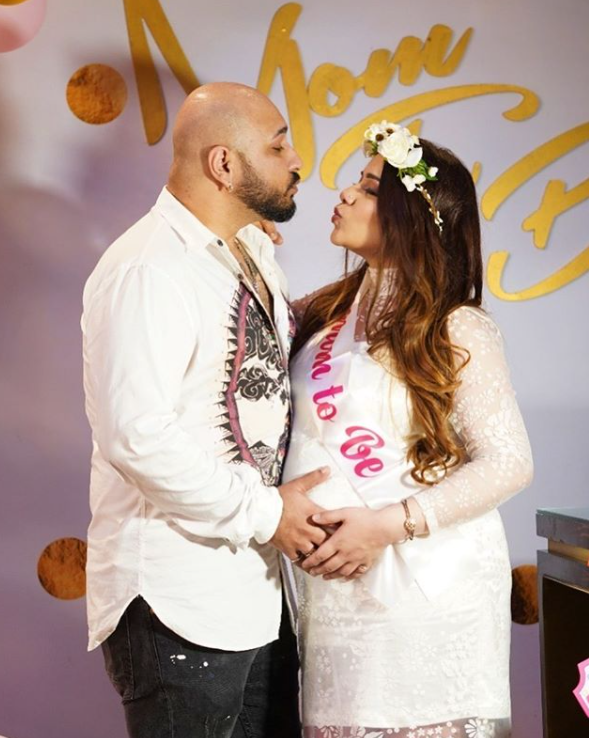 B Praak had concluded his note with a promise to his wife, Meera that he'll help her in everything, from changing their baby boy's diapers to cleaning his potty. He had written, "Ek Promise Jisdin Shaadi Ki Thi Usdin Kiya Tha Ajj Ek Aur kar raha Hun That I Will Give You And Our Baby The Best Life U Ever Imagined My Queen Will Always Be With You In Everything Even In Changing Diapers Cleaning Potty Susu. I Love U Soo Much Bebu Soo Much Kaise Thanks Karun Bus Yeh Bataa De Mujhe And Thankuu So Much All Naanka Daadka Chaachaa's Chachi's Massi's Mausa's Bua and fufu Badi Mummy Bade Papa And Now Thanks To Us My Baby And My Queen #IGOTUS." (Recommended Read: Mahhi Vij's Adopted Daughter, Khushi Shares An Emotional Video Message For Her From Her Hometown) 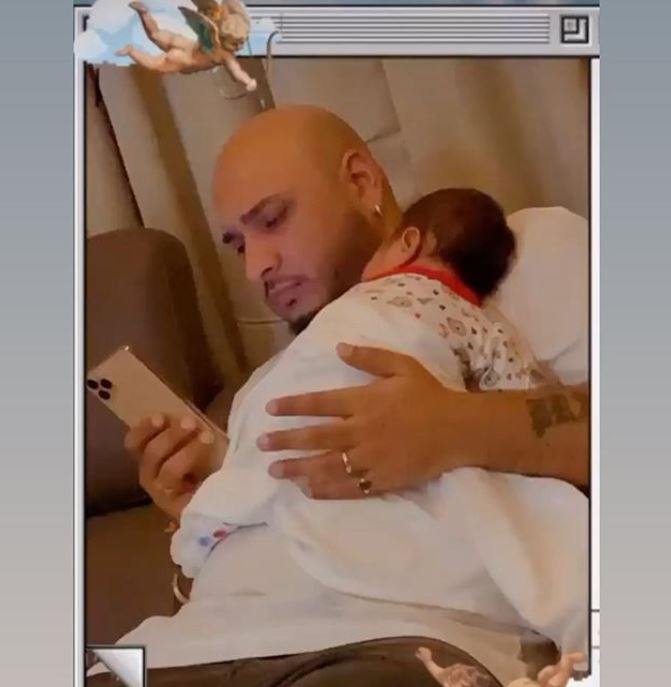