There has been a new development in Rithvik Dhanjani and Asha Negi's breakup speculations as the former wished good luck to his alleged ex for her upcoming web series. Check out the deets inside! Who knew that the sets of Pavitra Rishta would be the place to blossom a memorable love story! It was in 2013, when the actors in the show, Asha Negi and Rithvik Dhanjani had realised their love for each other. The couple had never made any formal proposal or any official announcement, but Rithvik and Asha had become ‘Ashvik’ for their fans already. The couple had always been an inspiration for the millennials because they always gave out ‘best-friend before bae’ vibes. (Recommended Read: Karanvir Bohra Brings A Twist To The Viral Plank Challenge With His Twins, Bella And Vienna)

Once a madly-in-love couple, Rithvik Dhanjani and Asha Negi's breakup rumours have been doing rounds on the internet for quite some time now. Reports of Rithvik and Asha calling it quits had surfaced in the media and till now, none of them has come forward to confirm or deny the news. It’s still difficult to find out what exactly is going on. It is kind of hard for us to believe that our favourite and TV’s most adored couple has possibly parted ways after six years of relationship. Amidst all the speculations, the gossipmongers have been monitoring their social posts sharply and are making up conjectures from the same. The latest has come from Rithvik's social media post. Scroll down to find out more! 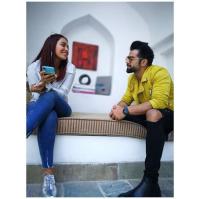 Amidst their breakup speculations, Rithvik took to his Instagram handle to wish Asha for the season 2 of her upcoming web series, Baarish. On April 24, 2020, Rithvik took to his Instagram stories and shared the trailer of the same, and wrote, "Get ready to be drenched in love!!" atop it followed by two heart emojis. Rithvik's new post has made us even more confused about their relationship status and we're wondering if the two have actually broken up or this is just a gesture of courtesy. Well, only time will tell the truth. (You May Also Like: Kareena Kapoor's 'Fall In Love' Or 'Fall Asleep' Version With Saif Ali Khan Is What She Calls 'Mess') 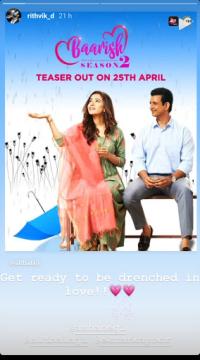 On April 20, 2020, Rithvik Dhanjani had posted some cryptic Insta stories and love notes that were about ‘unconditional love’ and why not to ‘go back to normal’. Rithvik's love quotes could be read as “To know love is to know how to give. Unconditionally. There is no greater wisdom than unconditional love. The yoga of love” and “Nothing should go back to normal. Normal wasn’t working. If we go back to the way things were, we will have lost the lesson. May we rise up and do better." Ouch! Was that a possible confirmation? 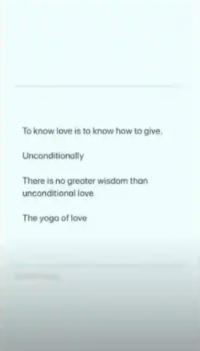 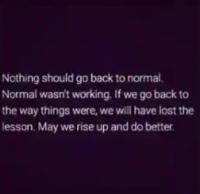 Not only this but a day before, Rithvik had posted another swaying post on his Insta story, which we had guessed was related to his alleged breakup. Quoting J.M. Storm, Rithvik had posted, "I laughed. I laughed like a kid when it dawned on me that so much of what I worried about wasn't mine to begin with. What people think and how they perceive you isn't in your power. And yet we let it rob us of who we truly are. All in the name of fitting in with the herd and that my friend is bullshit." Some harsh words indeed, which faintly indicated trouble in paradise for sure. As per a Pinkvilla report, the source had informed, "The two have been dating each other for the longest time but things haven't been too well between the two, of late. Apparently, they are currently on a break and are trying to see if it can go any further. But, the dent is already being felt by close friends." (Also read: Aamna Sharif Shares A Beautiful Picture With Son, Arain Kapoor, Gives A Heartfelt Message) 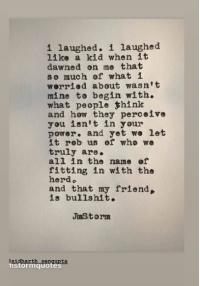 Let's hope for the best for our favourite couple, Rithvik Dhanjani and Asha Negi. Fingers crossed! 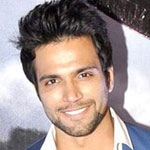