Riddhima Kapoor's Daughter, Samara Reacts As She Kisses Her In Front Of Paps, It's Every Gen-Z Ever

On June 5, 2022, Riddhima Kapoor Sahni along with daughter, Samara and mom, Neetu Kapoor were spotted in the city for a dinner date. Check out!

Daughter of veteran actors, Neetu Kapoor and late Rishi Kapoor, Riddhima Kapoor Sahni is a jewellery designer. The gorgeousness had tied the knot with her best friend, Bharat Sahni on January 25, 2006. Riddhima and Bharat had embraced parenthood after the arrival of their baby girl, Samara Sahni, into their lives on March 23, 2011. Ever since then, the couple is ensuring to give their little one the best life.

Riddhima Kapoor Sahni is a doting mommy, who never misses a chance to make her princess, Samara Sahni feel special. From spending quality time with her daughter to taking her on exotic vacations and teaching her some valuable life lessons, Riddhima has been acing her mommy duties. She has not only provided her daughter with a luxurious life, but also pampered her with pure love.

Riddhima Kapoor Sahni's Daughter, Samara Is A Carbon Copy Of Her, Neetu Kapoor's Post Proves It On June 5, 2022, Riddhima Kapoor Sahni was spotted in the city with her mom, Neetu Kapoor and daughter, Samara Sahni. The trio looked gorgeous as ever in their respective ensembles for their dinner date. While Neetu donned an all-black ensemble, her daughter, Riddhima looked stunning in a shimmery top and black pants. On the other hand, Samara looked pretty in a white t-shirt paired with green-hued pants and styled her look with a pink sling bag.

In one of the videos doing rounds on the internet, Riddhima can be seen posing with her daughter, Samara, and she tries to kiss her baby girl. As soon as Riddhima leaned towards Samara to give a peck on her cheek, the latter turned her face to the other side. Samara's reaction got captured on the camera, and it was quite unusual for her fans. Check it out below:

On March 23, 2022, Samara Sahni, daughter of Riddhima Kapoor Sahni and Bharat Sahni had turned a year older. To wish her daughter, Riddhima had reshared a picture posted by her mother, Neetu Kapoor on her IG story. She had wished her daughter, Samara, on her 11th birthday with a heartmelting note. In her note, the doting mommy had written:

"Happy 11th birthday my sunshine I hope your day is filled with joy laughter & love- May your every wish come true this year - We love you so much #babygirlturns11 #samsam." 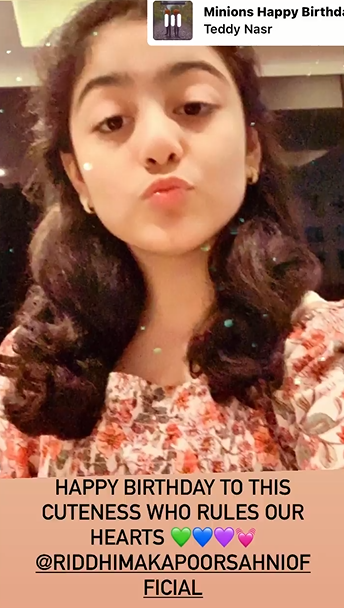 What are your views about Samara's strange reaction to her mom, Riddhima kissing her? Let us know.

Riddhima Kapoor On Daughter, Samara Being A Hyperactive Kid, Shares How She Handled Her Tantrums 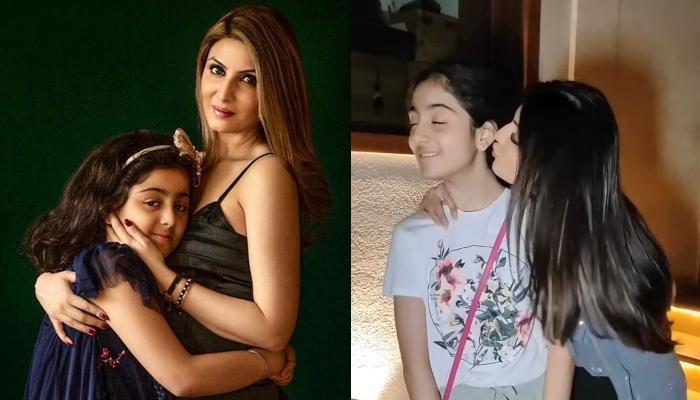 The daughter of veteran actors, Rishi Kapoor and Neetu Kapoor, Riddhima Kapoor Sahni is a popular face in Tinseltown. Instead of following in her parents' footsteps and joining Bollywood, Riddhima became a fashion and jewellery designer. Married to businessman, Bharat Sahni, Riddhima is a proud mommy to their daughter, Samara. She has