Diwali is the perfect time to spend with family and friends and the celebration is incomplete without a family picture. On October 28, 2019, Riddhima Kapoor Sahni posted an adorable Diwali selfie. 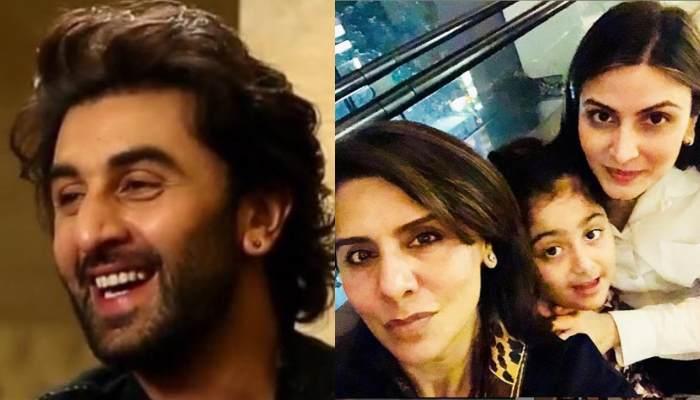 Diwali is not just ferry lights or delicious food, it is also about taking pictures when you look your festive best, decked up in your best traditional attire. While some celebrate Diwali in a lavish manner, some keep it minimal and make it a low-key affair, but one thing everyone enjoys is clicking pictures with their loved ones. We all love taking pictures during festivals and a family picture is a must during any major festival or celebration. It not only gives you an emotional connection with your loved ones but also acts as a nostalgic bond with your family members. (Also Read: Mohena Kumari Singh Celebrates Her First Diwali With Her In-laws, Looks Like A Royal Bahu)

While we saw Bachchans and Ambanis throwing grand Diwali parties, we couldn't stop ourselves from smiling at the lovely pictures of the celebrities. It was a star-studded affair with whos who of Bollywood in attendance. From Shah Rukh Khan, Anil Kapoor, Amitabh Bachchan, Aishwarya Rai Bachchan to Shahid Kapoor, Sonam Kapoor Ahuja, Kareena Kapoor Khan, Saif Ali Khan and others had celebrated Diwali in a grand scale. One actor, who kept it low this year was B-town's heartthrob, Ranbir Kapoor, who had a quiet Diwali with his family. Ranbir had celebrated Diwali with his sister, Riddhima Kapoor Sahni, who had flown to Mumbai with her daughter, Samaira. 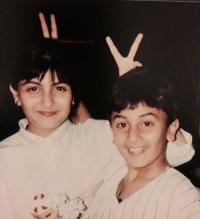 On October 28, 2019, Riddhima Kapoor Sahni took her Instagram stories and shared a Diwali selfie with her mother, Neetu Kapoor and brother, Ranbir Kapoor. Ranbir donned a casual look with a denim shirt, Neetu Kapoor opted for a red kurta and Riddhima was seen in a black top. The heart-melting selfie was clicked by Riddhima, who also captioned the picture as “Mine”. Ranbir was not seen in any starry Diwali bashes this year and had a quiet Diwali with his family. The actor was also spotted visiting the old Dharma Productions office located in Mumbai.

Ranbir Kapoor has been in the news for his love life. The actor is dating Alia Bhatt and the duo has openly admitted of being madly-in-love with each other. In an interview with BollywoodLife, Ranbir had opened about love and had stated, “I think every human being does extraordinary things only when they are in love. So I believe that love is something which is a privilege if it comes in your life and to be in a happy, beautiful positive place in a relationship with, it could be with a girl, a guy, with a friend, your mother, your father, or anybody but when there is some genuine love, it’s really beautiful.” (Also Read: Janhvi Kapoor Looks Like A Carbon Copy Of Her Mother, Sridevi In A White Saree For A Diwali Bash) In another interview with Anupama Chopra, when Ranbir was asked the importance of love and relationship in his life, B-town's Rockstar had revealed, “Falling in love is the greatest thing in the world. When you fall in love, everything is great. Water tastes like sherbet and you seem like you are Uma Thurman. You feel great. Who doesn’t wanna be in love?” 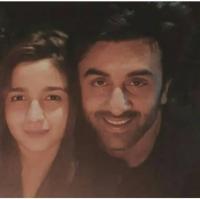 Alia Bhatt is head-over-heels in love with Ranbir and there has been the news about the couple tying the knot soon. In fact, their fans are so eager about the couple’s marriage that a fake wedding card, which came out social media sometime back, had made Ranbir-Alia fans crazy and all they wanted a glimpse of the newly-married couple. Well, the wedding card turned out to be fake but it seems the speculations about their marriage is not going to stop anytime soon. 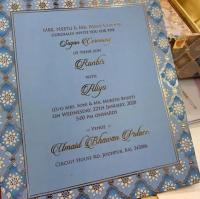 On the work front, Ranbir is shooting for Ayan Mukerji’s Brahmastra with his lady love, Alia Bhatt which is scheduled to release in 2020. Parts of Brahmastra which have been shot in Varanasi also star Amitabh Bachchan, Dimple Kapadia, Nagarjuna Akkineni and Mouni Roy. Apart from Brahmastra, Ranbir will also be seen in Shamshera directed by Karan Malhotra under Yash Raj productions. Scheduled for a 2020 release, Shamshera also stars Vaani Kapoor. (Also Read: Sushmita Sen Celebrates Diwali With Newly-Married Rajeev Sen-Charu Asopa And Family) 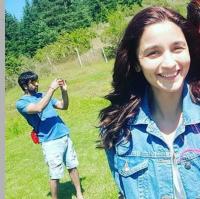 Since the Diwali fever is still on, we wish you all a very happy belated Diwali!