Couples who laugh together, last together! After big Bollywood weddings in 2018, looks like the wedding mania isn’t yet over, as B-town is gearing up for another big shaadi in 2019. And it’s none other than Ranbir Kapoor and Alia Bhatt who went public with their relationship last year. From their families to their friends, everyone has been head-over-heels in love with this couple and their adorable chemistry. (Recommend Read: Alia Bhatt Will Do This If Some Girl Tries To Get Closer To Her Boyfriend, Co-Star Ranveer Agrees)

While the much-in-love couple hasn’t uttered a word about their future plans, the buzz doing the rounds suggest they might exchange rings in June this year. According to a Mumbai Mirror’s sources, Alia and Ranbir might change their relationship status this year. The newspaper reports that it is Ranbir’s mother, Neetu Kapoor who is insisting the duo to at least get engaged. However, Ranbir and Alia intend to wait until the release of their film, Brahmastra. Although, no official statement has been made available on this so far. 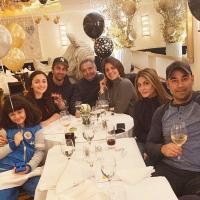 For those who don’t know, things have been heating up between Ranbir and Alia. The duo rang in the New Year together in New York with Ranbir’s family. Last year in May, Ranbir confirmed the news of their relationship in an interview with GQ. He said, “It’s really new right now, and I don’t want to overspeak. It needs time to breathe and it needs space. As an actor, as a person, Alia is – what’s the right word? – flowing right now. When I see her work, when I see her act, even in life, what she gives is something that I’m aspiring to for myself. It’s new for us, so let it cook a bit.” (Also Read: Drashti Dhami Celebrates Her Birthday With Husband Neeraj Khemka, Friend Nakuul Mehta And Others)

Ranbir spoke about Alia in a detailed interview with Hindustan Times. He said, “I am in a happy, positive and beautiful phase of my life. But you can talk about your personal life only to a degree. Otherwise, it becomes the forerunner of your life and your work takes a back seat. There is always excited to know about someone’s personal life. But you want to give the relationship respect so that people don’t malign it in a gossipy way. It is something beautiful, sacred and really important to you, so you want to deal with it in a nice manner.” 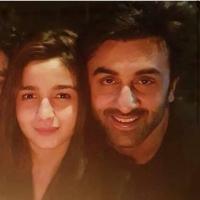 Later, in an interview with senior journalist Rajeev Masand, Ranbir opened up yet again about his ladylove. In fact, he talked about being in love and said, “I think every human being does extraordinary things only when they’re in love. I believe that love is something, which is a privilege. And to be in a happy, beautiful, positive space... a relationship could be with a boy-girl guy friend your mother father anybody. When there’s some genuine love it’s really beautiful.” (You May Also Like: Sreesanth's Wife Bhuvneshwari Kumari Has A Wonderful Answer If Her Hubby Does Intimate Film Scenes)

In a recent interview with Mumbai Mirror, Ranbir Kapoor’s father, actor Rishi Kapoor spoke about son’s brewing relationship with Alia. He said, “It’s Ranbir’s life. Who he wants to get married to is his prerogative. Neetu likes her, I like her, Ranbir likes her. Get it? I can’t be judgmental. After all, my uncles Shammiji (Shammi Kapoor) and Shashiji (Shashi Kapoor) and I chose our life partners. Ranbir is entitled to choose his.”

Meanwhile, Alia’s father, director-producer, Mahesh Bhatt, gave a clear statement and said, “It’s very obvious that [Ranbir-Alia] are making no bones about talking to people about them being intimate. And I don’t belong to that category of parents who’d advise their children about their personal choices. Alia is an adult and it’s a matter that she has to resolve. It’s their life, their space. I respect and admire them for choosing to talk to the world when, and if, they want to do.” Recently, in an interview with Vogue India, Alia was asked whether she had found her love, she said, “Yeah, I think I have.” She further added, “I have stars and a halo on my head, and I’m walking around with rainbows. I like to keep it simple and sweet.” (Don't Miss: Taimur Ali Khan And Kareena Kapoor Khan's 'Love In Paris' Photo Is Every Bit Cutesy And Unmissable)

Well, we are too excited about another Bollywood wedding!