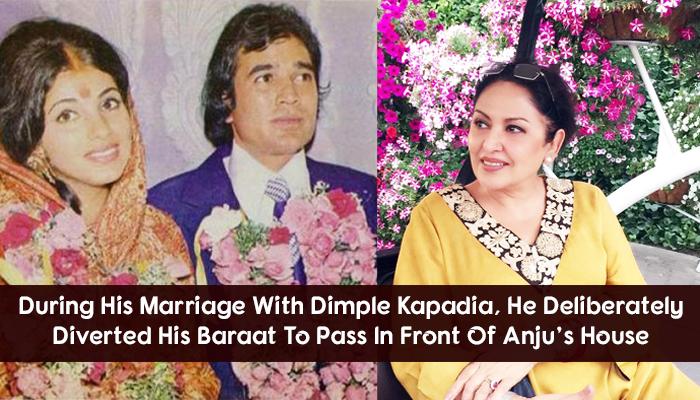 Bollywood superstars are not only revered and known for their amazing movies but also for the relationships they get involved during the course of their career. One such Bollywood actor was Rajesh Khanna. Often referred to as India’s ‘first superstar’ or ‘the original superstar’, Rajesh Khanna lived his life in the most wholesome way.

Apart from his filmography, Rajesh was also known for his link-ups with many leading women of the Hindi film industry. Eventually, he married the famous Bollywood actress, Dimple Kapadia. But before that, his break-up with the first love of his life, Anju Mahendru created an uproar everywhere back then. So, let’s explore Rajesh Khanna and Anju Mahendru’s love story.

The superstar in making 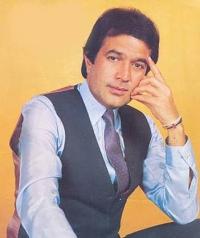 On December 29, 1942, Rajesh Khanna was born as Jatin Khanna in Amritsar. He made his acting debut at the age of 24 in 1966 with the Hindi film, Aakhri Khat. Though the film was a disaster at the box-office, Rajesh came into limelight and was offered roles in many films thereafter. After a series of flops and a few hits, came his super-grosser 1971 film, Haathi Mere Saathi which became one of the highest grossing Hindi films of the decade. This movie catapulted Khanna to national fame and then there was no looking back for him. He still holds an unbeaten record of giving 15 solo hits in 2 years from 1969 to 1971. 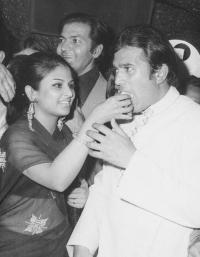 Anju Mahendru is an Indian actress, model and fashion designer. When Anju was struggling to make a name for herself in the industry, Rajesh Khanna was already a superstar. Not much is known as to how the two met but their love is still remembered as pure and true. During their initial years of relationship, the two supported each other inside out. Anju was a devoted girlfriend and even Rajesh didn’t shy away from lavishing his earnings upon her. Reportedly, Rajesh and Anju remained in a live-in relationship for 7 long years from 1966 to 1972.

The break-up which shocked everyone 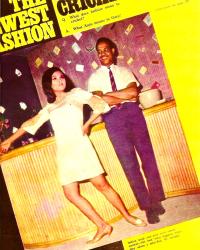 By 1971, Anju was rumoured to be dating West Indian cricketer, Gary Sobers. This enraged Rajesh Khanna a lot and adding to his woes was Anju’s lenient approach towards committing to their marriage. Anju’s mother wanted Khanna to get married to her daughter soon as he was an established actor in the industry and even Khanna wanted the same. But due to Anju’s constant refusal of getting married, Rajesh broke up with her in 1972. In one of her earlier interviews, Anju had confessed that Rajesh’s differing and constantly-changing opinions created a lot of mess in their relationship. She was quoted as saying:

“He is a very orthodox man, yet somehow, is always attracted to ultra-modern girls. Confusion was a part of our relationship. If I wore a skirt, he'd snap, why don't you wear a sari? If I wore a sari, he'd say, why are you trying to project a Bhartiya nari look?” 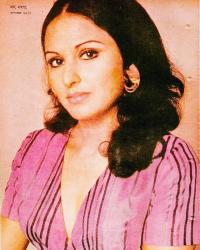 In another interview with Stardust, Anju had said that Rajesh’s flops before 1969 had made him mentally weak which led to many arguments between the two. Anju had retorted:

“Rajesh was becoming increasingly difficult to get along with. His recent flops had upset him mentally and he was moody, temperamental, irritable. All the time he was so tense...almost a nervous wreck”.

However, Rajesh’s story is different and in an interview, he confided that no matter how hard he would try for Anju’s time, she would always be busy. One he said:

“Often after a hard day at the studios, I’d return home to find a note saying that she had gone to so-and-so’s party...Or when I would drop in tired and lonely, at her house, I would find her entertaining friends...I’d want to spend evening alone with her...”.

You May Like: The Eternal Love Story Of Legendary Actors Sunil Dutt And Nargis

The problem with respective mothers

Yes, both of them would often complain to each other about not giving enough respect to each other’s mothers. Rajesh would say that Anju did not want to spend time with his mother and Anju would complain that Rajesh was being unpleasant towards her mother. In an interview, Rajesh was quoted as saying:

“Sometimes I used to ask Anju to spend time with my mother but she didn't want to make the effort”.

And Anju gave it back by saying:

Suggested Read: 10 Most Famous And Powerful Star Wives Of Bollywood 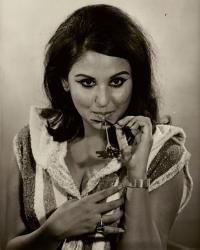 Rajesh Khanna wanted Anju Mahendru to quit her career completely after they got into the relationship. According to Anju’s statements, she made a lot of sacrifices in their relationship. She had once said:

“To me he was Jatin or Justin, a man I loved, not Rajesh Khanna, a Superstar or The Phenomenon. As much as I could, I had submerged my individuality, my personality, my identity into his, to make him happy. He wanted me to give up modelling at a time when I was paid very highly, I did. He wanted me to quit acting so he made me get out of a film with Sanjeev Kumar. I was keen on a film career but Rajesh came first to me”.

And, Rajesh, on the other hand, had quipped:

“Yes, I didn't want Anju working in films. But what career did she sacrifice for me? Those two bit roles...Where would those stray roles have taken her?”

Because of such many arguments and loads of obscurity, Rajesh and Anju called it quits in 1972.

In 1973, a year after his break-up, Rajesh Khanna went on to marry Dimple Kapadia before her debut, Bobby. Rumour has it that it was Rajesh who completely ruined Anju’s career after their break up and things took such an ugly turn that reportedly Rajesh deliberately diverted his baraat to pass in front of Anju’s house. Anju and Rajesh did not speak with each other for 17 long years until 1988!

She was there when he breathed his last

Yes, years later in 2012, when Rajesh Khanna passed away, Anju was present beside his dead body. Filmmaker, Mahesh Bhatt once said:

“After I learnt of Khanna’s death through the media, I thought of Anju because I knew she would be affected by his death. I managed to reach her late at night and learnt that Khanna and Anju had got together in the last years of his life. She used to take care of his medical needs and even accompanied him to hospital. Holding back her tears, she told me, ‘My only consolation is that I was holding his hand when he took his last breathe’.”

So, here we are guys. This was Rajesh Khanna and Anju Mahendru’s love story for you. Isn’t it heart-breaking to learn that once so-much-in-love-couple would become strangers to each other one day and not speak for 17 years! What do you think guys? Do let us know in the comments section below.