Rajeev Sen and Charu Asopa made us believe that we should always fight for fairytales as they do exist. Scroll down as the former shares all the inside fun from his wedding! In the enchanting world of glam and glitz, we often come across a love that leaves a mark on all of us, and one such love story is of Sushmita Sen's brother, Rajeev Sen, and television actress, Charu Asopa. Last month, the same date (June 16, 2019), the duo tied the knot and started their own 'happily ever after', leaving our jaws dropped with an intimate ceremony in Goa. (Recommend Read: Vishal Aditya Singh Finally Reveals Reason Behind Breakup With Madhurima Tuli Ahead Of Nach Baliye 9)

From leaving us speechless with their sangeet performance to setting real-life couple goals while eating pani puri, they made us believe in the power of love. And for those who don't know, Rajeev and Charu's love story started when they met at a party through a common friend and soon felt the sparks and without wasting any time, they decided to take the plunge. 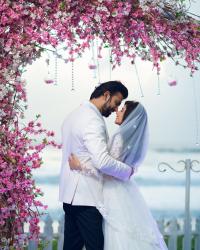 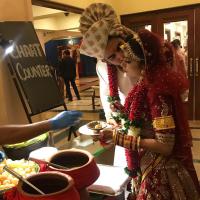 Today, on July 16, 2019, the duo is celebrating their first month anniversary and Rajeev took to his Instagram handle to share his wedding video with his fans. He captioned it as, "From the eyes of Amol Kamat , how beautifully have u captured my wedding." Check it out below:

Coming back to Rajeev and Charu's love story, in an interview with The Times of India, Charu had shared the details about their relationship. She had talked about how they fell in love, and had shared, "After our first meeting, we had decided to catch up again over coffee, but I left for my hometown, Bikaner. I was on a much-needed break after my show, Jiji Maa, ended. In fact, I hadn’t decided when to return. However, as luck would have it, I was offered KarnSangini and had to report on the set the very next day." (Also Read: Bakhhtyar Irani's Tattoo Of Wife, Tanazz Irani's Face On His Back Will Completely Blow Your Mind) 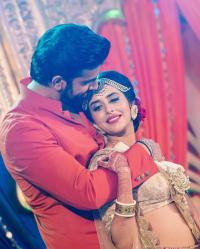 She had further added, "I texted Rajeev from the set and told him that we could meet for coffee. I had assumed that the meeting would end in half an hour. However, we went on talking for hours until I told him that I had to leave as I had an early call time the next day. We started chatting, spending time together and the rest, as they say, is history. I don’t know if I can call it love at first sight, but it looks like that." 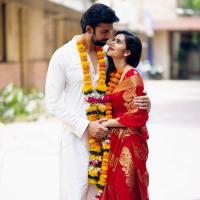 In the same interview, Charu had talked about Rajeev and his qualities, "Rajeev is good-looking and honest. He is more romantic among the two of us. Also, he pampers me and takes care of me. He feels that I am real, simple and without any facade. Both of us are looking at a relationship for keeps. The best aspect of our relationship is that we are transparent. We know about each other’s past and have never felt the need to hide anything from each other." (Don't Miss: Suhana Khan And Ananya Panday Dancing Like There's No Tomorrow Will Make You Call Your Girls' Squad)

We love every detail of Charu and Rajeev's dream wedding!