Vishal Aditya Singh and Madhurima Tuli are taking part in 'Nach Baliye 9' and he talks about walking the fine line between professional and personal life as he gears up to share the stage with his ex. 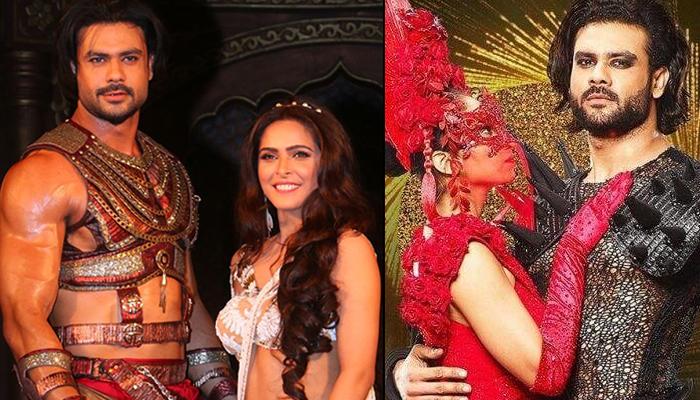 Put Your Hands Up, Put Your Hands Up, Like You Just Don’t Care Coz It’s Nach Baliye, Na Sharma Mere Maahi, Duniya Ki Na Soche, Nach Baliye, Lootege Wah Wahi, Chal Rang Jama De, Nach Baliye… The nation is gearing up with bated breath to unmask the masked partners at the premiere of the ninth season of the most-awaited dance reality show, Nach Baliye. While in every season, celebrities were shaking a leg with their baliyes, in the ninth season, the makers have come up with an interesting format with certain stars dancing with their ex-baliyes. And Chandrakanta co-stars, Vishal Aditya Singh and Madhurima Tuli belong to the latter category. (Also Read: Sonam Kapoor Ahuja Is Planning To Sell Her Mumbai Flat And Shift To London Full-Time With Anand?)

Vishal Aditya Singh and Madhurima Tuli were in a relationship for almost a year before they had parted ways in 2018. Vishal and Madhurima had met on the sets of their show, Chandrakanta and had developed an instant liking for each other. It was at the beginning of 2018 when Vishal had admitted being in a relationship with Madhurima and later that year, he had confirmed their breakup too. However, there’s good news for Vishal and Madhurima fans as we will soon get to see them performing together on the dance reality show, Nach Baliye 9.

Lovebirds-turned-exes, Vishal Aditya Singh and Madhurima Tuli are taking part in the ninth season of Nach Baliye and the former talks about walking the fine line between professional and personal life as he gears up to share the stage with his ex. In an interview with the Mid-Day, when he was asked, “Are you nervous about teaming up with your ex for Nach Baliye 9?”, Vishal replied, “The only reason I was hesitant to do this show was the 'ex' factor. But my friends and well-wishers explained that the show has come my way at an opportune time and asked me to try my hand at it. This will be my first reality show.”

The show has been designed to harp on the friction and tension between former flames. Where will you draw the line? To this, Vishal Aditya Singh said, “I have made it clear that I won't give them [the makers] fodder by indulging in behind-the-scenes drama. I would prefer it if they didn't know about our fights. I am not hungry for publicity. I don't believe in creating fake fights and getting votes. I don't want to disrespect her either. I want to do this in a healthy spirit.” Revealing if rehearsals are tough for them considering breakups can lead to bitterness, Vishal continued, “Break-ups often lead to fights. So, whenever we meet and if the topic [of the relationship] arises, we end up fighting. But at the end of the day, we are both participating to win. It's not going to be easy.”

When asked, “Why did you two call it quits in the first place?” Vishal Aditya Singh retorted, “(Long pause) She was not right for me. When someone starts belittling you, it becomes difficult to live with them. I am desi, and she had a problem with that. I don't converse much in English, I choose to talk in Hindi. We belong to different schools of thought. When someone tries to change you completely, the only option is to walk away.” (Also Read: Anushka Sharma Reveals Why She Married Virat Kohli At The Age Of 29, Quite Early For An Actress)

Sharing how his life changed after attaining singlehood, Vishal Aditya Singh remarked, “I have grown so much since then. I had come here to work, and it started deteriorating when I was with her. I am a happy-go-lucky person, and when I started feeling the restriction on how to talk and walk, I left [the relationship]. Restrictions in love are okay, but they shouldn't suffocate you. She was my love and she had the right to change me. But turning me into a completely different person, so that she could love me, is wrong.” 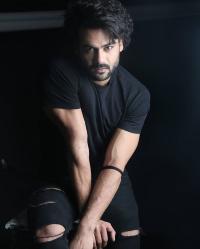 Admitting being in a relationship with his Chandrakanta co-star, Madhurima Tuli, Vishal Aditya Singh had stated in a 2018 interview to India Forums, “Yes, we are dating and are trying to know each other. For now, we are spending time with each other because I believe in love and care. It has been 3-4 months since we got together." And what made him fall for her? He said, "I like the way she carries and presents herself."

Confirming the news of their breakup later in 2018, Vishal Aditya Singh had admitted in an interview with SpotboyE, “Yes, I have broken up with Madhurima but would not like to comment any further on it.” When further asked about the reason behind things going kaput for the couple, Vishal had chosen to remain mum. Meanwhile, Madhurima too, had confirmed the news of her separation with her then-boyfriend in another interview and was quoted as saying, “It’s true that we are no more together. I do not want to comment any further. Thank you.” (Also Read: Bakhhtyar Irani's Tattoo Of Wife, Tanazz Irani's Face On His Back Will Completely Blow Your Mind)

Are you excited to watch Vishal Aditya Singh and Madhurima Tuli back on your television screens together? Keep us posted!