Love is in the air for one of the most famous singer-anchors, Rahul Vaidya (participant of Indian Idol 1) and Pyaar Ka Dard Hai Meetha Meetha Pyaara Pyaara actress, Disha Parmar. Love is a kind of feeling that just happens, no one thinks or gets prepared for it. When two people are bound to be together, they will bump into each other by hook or by crook. Exactly this happened with the singing sensation and the actress when they had met to shoot for the former’s single.

It is also to be mentioned here that, Rahul Vaidya was earlier rumoured to be dating legendary Bollywood singer, Alka Yagnik’s daughter, Syesha Kapoor. But soon the singer had denied the rumours and had said that she was only his close friend and nothing more than that. Last year, on December 12, 2018, Syesha got married to her longtime beau, Amit Desai. (Also Read: Parth Samthaan And Erica Fernandes Part Ways Due To His Closeness With Another Girl From Jaipur?) 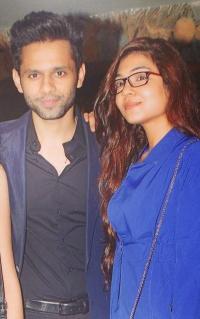 Dismissing his linkup rumours with Syesha, Rahul had once remarked, "No truth. She is a very close friend to me and one of the nicest girls I have ever known. We meet up once in a while but no romance happening for sure." In another interaction, putting a full stop to the conjectures, Rahul was quoted as saying, “I am following a strict diet these days and since she is a restaurateur, she tells me how to go about it. That’s why we end up meeting often. I am not dating her.” 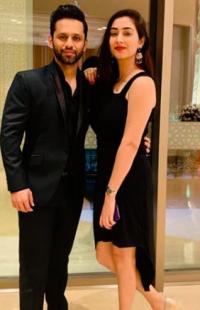 Coming back to Rahul and Disha, the two are seeing each other and getting to know one another. Confirming their relationship news and ‘more than friends’ stance, Rahul told The Times of India, “I met Disha through common friends two years ago. We hit it off instantly, and often hang out together. It would be premature to say that we are in love, but yes, we are trying to get to know each other well. Disha is a simple girl. She is also very kind and I like those qualities about her.” (Do Read: Kartik Aryan Bonds With Sara Ali Khan's Brother Ibrahim As She Makes Her Ramp Debut At ICW2019) 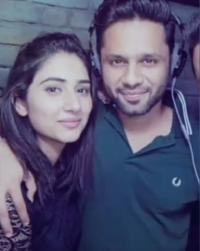 He also added, “A few days ago, I had a music concert in Pune, so I invited her to fly with me. Since we are best friends, we just thought of spending some quality time together. I don’t know what the future holds for us.” Not just him, Disha has given her statement saying, “As of now, we are just happy spending time with each other. Rahul is a great friend and for now, I can’t say more than that.” 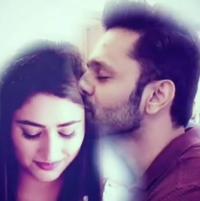 On January 17, 2019, Disha had taken to her official Instagram handle and had shared the news of being a part of Rahul’s song, Yaad Teri. Sharing the cover picture, Disha had captioned the post as, “Very Excited to share the poster of our upcoming song “Yaad Teri” The song launches on the 21st of January! Cannot wait for you all to hear and see it!” After that, on January 21, 2019, Disha had shared a glimpse of the song and had worded her post as, “There you Go!!! So glad to be a part of this beautiful creation by my favourites @rahulvaidyarkv & @shreyaspuranik!” (Checkout: Shahid Kapoor And Mira Kapoor Sizzles On The Cover Of A Magazine, Twins In Anita Dongre's Ensemble) 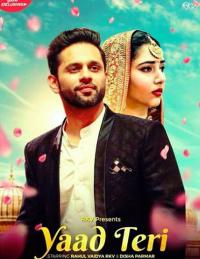 On the other hand, Rahul too had shared the poster of the song and had captioned his post as, “Yaad Teri" my next original single in association with Gaana! Can’t wait for u all to hear & see it on 21st Jan 2019! Don't miss the teaser which is out tomorrow at 1pm at a device near you! A big shout out to @dishaparmar @shreyaspuranik @kumaarofficial @sidhaantsachdev5 @gaana.official #allseasons.” (Don't Miss: Amy Jackson's Family Is All Set To Welcome The New Member, Reveals The Due Date)

On September 13, 2016, Disha had expressed her wish to get married not because she had found someone, but because she wanted to wear Sanyasachi bridal outfit. She had then tweeted, "I want to get MARRIED!! Just because i want to wear @sabya_mukherjee and I can't wait for that day! Damn, CRAZYYY." Checkout her tweet here:

Ahaan, another lovebirds in the town! What do you guys have to say about this lovely jodi? Do let us know!