Linked To A Bollywood Actor, Radhika Apte Is A Happily Married Woman And In A Long-Distance Marriage

Linked To A Bollywood Actor, Radhika Apte Is A Happily Married Woman And In A Long-Distance Marriage 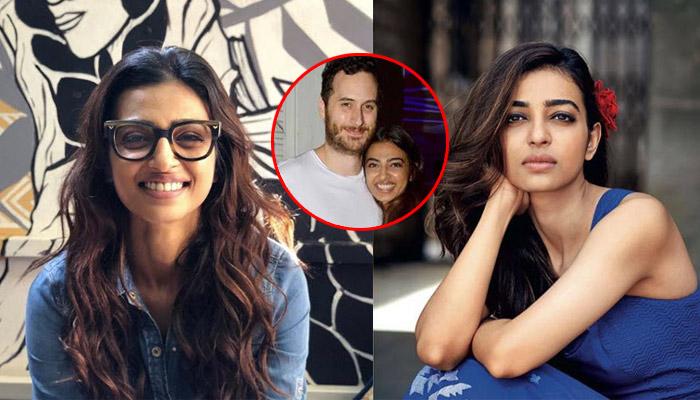 The Indian film industry, and not just the ‘Hindi film industry’, is a place of so many love stories, flings, affairs and marriages. Invariably, nothing escapes the tabloids and paparazzi. Despite the social media and shutterbug scrutiny, few stories go unheard. And this time, we bring to you one such story; of an actress, whose name, perhaps 5 years ago was unheard. And today, all the leading producers and directors want to work with her.

We’re talking about none other than the powerhouse and very talented, Radhika Apte. Not many people and fans today know that the Padman actress is married. Yes! She is a married woman, married to the world famous musician Benedict Taylor. So, let’s unravel her love journey, her marriage story and her little flings inside the tinsel town.

Little biography and initial years in the film industry 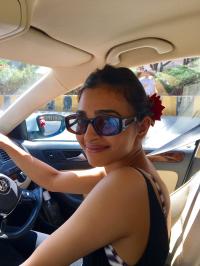 Radhika Apte was born on 7th September 1985 in Pune and took a classical training in Kathak. It was during her training that a casting director happened to be there, who approached her for a role in the Hindi movie Vaah! Life Ho Toh Aisi! in 2005, starring along with Shahid Kapoor and Amrita Rao.

Also Read: Radhika Apte On How She Manages Her Married Life With Benedict Taylor: It's Exhausting And Expensive

This film gave her a mild start in the movies, and then she went on to sign a few films in regional cinema like Bengali and Marathi. Her roles in these movies were applauded by the critics.

Breakthrough and a short fling with Tusshar Kapoor

In 2011, Radhika was signed by Ekta Kapoor’s Balaji Telefilms for two films- I Am and Shor in the City. Both these films are marked as her breakthrough roles which established her as a promising actress, not only among the critics but masses.

However, during the filming of Shor in the City, rumours of her alleged affair with the film’s co-actor Tusshar Kapoor started doing rounds. There were reports to an extent that dictated Tusshar being completely crazy for her. Sources from the sets said that the two would spend a lot of time together on the sets.

Don't Miss: Nawazuddin Siddiqui And His Controversial Love Affairs That Will Leave You Spellbound 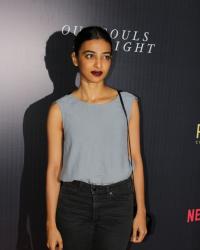 In fact, his sister Ekta Kapoor was on Koffee with Karan, and when Karan asked her about Tusshar's love life and Radhika, she said-

"Who is Radhika Apte?"

This left Tusshar totally in shock!

But, the love in the air soon fizzled out. Radhika went to London to learn contemporary dance styles, and all the possible further comments and rumours just shut.

So, while Radhika was in London learning her contemporary dance, a renowned contemporary musician, by the name of Benedict Taylor happened to be there (who later gave music for the 2017 Hindi film Newton).

Check This Out: Jackie Shroff And Ayesha Shroff's Love Story Is A Perfect Definition Of Old School Love And Romance

With similar interests, they hit off instantly. In fact, rumour has it that the two started a live-in relationship after a few months of meeting. But soon, their bond strengthened and in a year, they got so serious about her that they eventually got married in September 2012. It was a court marriage. 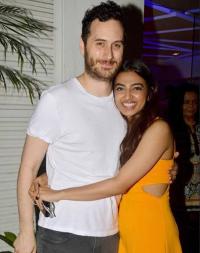 A month later, in October 2012, there was a film festival in Pune, and Benedict was spotted with Radhika for the first time. Initially, there were rumours that she had found her new boyfriend, for she hadn’t by then go on record to confess about her marriage with Benedict. But, thanks to Sarang Sathaye, a stage actor and her very close friend, who spilt the beans and broke the news of her marriage to the media.

"Yes, they had a registered marriage a month ago. It was a quiet, private function. They were living together for a long time and they got married to sort their visas and other documentations. The official ceremony will take place in March." 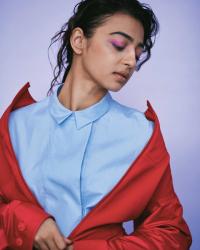 A few months later, in March 2013, Radhika and Benedict were pronounced husband and wife, as per the Indian Civil Law. The marriage was then followed by a reception party amidst close friends and family.

Isn't this amazing? It's been five years, and yet not many people know that she is married. In fact, in a recent interview, she was quoted as saying:

"I Don’t Have a Boyfriend Because I am Married."

When you’ve two stars whose work go on to big global canvases, naturally, there is a busy life. In spite of Benedict being a world-famous musician who is very busy in his music, and Radhika being way too busy in her films, the two manage to take out time for each other. Benedict mostly lives in London and Radhika in India. But the two often meet and have managed to balance their personal and professional lives.

Isn’t this a sweet, adorable and a very understanding relationship? The star couple is sure to give relationship goals to many other lovebirds. Let us know in the comments section as to what do you feel about them.