Radhika Apte On How She Manages Her Married Life With Benedict Taylor: It's Exhausting And Expensive

Radhika Apte On How She Manages Her Married Life With Benedict Taylor: It's Exhausting And Expensive She has stunned everyone time and again with her power-packed performances. Parched, Phobia and Padman, to name a few, catapulted her to international fame, especially among the Indie filmmakers. Yes, we’re talking about the Badlapur actress, Radhika Apte.

Her fans know all about her movies, some even know her background but not many know about her personal life. So, let’s unravel it for you. Radhika Apte is married to the world famous musician, Benedict Taylor. But for Radhika Apte and husband, Benedict, marital life isn’t a cakewalk for it's a long-distance marriage. Radhika resides in Mumbai and is busy throughout the year shooting for her films in India. Radhika Apte's husband Benedict puts up in London and makes his music there. So, naturally, the two keep juggling between London and Mumbai.

In an interview with an entertainment portal, Radhika talked about her marital life and how she manages the hectic schedule of shooting for films. How does Radhika Apte meet her husband, Benedict? She revealed, “I try and visit every couple of months and he also comes so we’re not away from each other for more than a month. It’s exhausting and very expensive also. I remember sometimes people meet on an aircraft and they ask why are you flying economy and I’m like what the hell does that mean. Imagine making three trips in two months, and that too last-minute ones because suddenly I got a week off. It’s such an expensive lifestyle – two houses in two of the most expensive cities in the world and 2-3 tickets a month to travel back and forth every month. That’s why I’m not vegetating!” (Also Read: Dipika Kakar And Shoaib Ibrahim's Unofficial Wedding Vows Are Giving Major Husband-Wife Goals)

Does she upset people when she constantly says no to them? Radhika replied, “It’s funny that people have this impression that I keeping saying no and that I stand my ground. The people who really know me will say that I cannot say no. I put up with a lot of things that I don’t agree with – people coming late, extending shoot days, people going against the contract and not paying for extra time. Exploitation doesn’t have to be sexual. And I don’t say anything, I just do it. I don’t think that me putting my foot down is going to change anything. It will only ruin my career. If Akshay Kumar puts his foot down it changes things because he’s reached that level. It was amazing working with him on Padman because he would work for 8 hours and that’s it.” 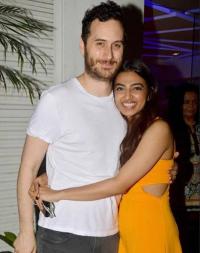 Radhika also talked about her activeness on social media, and its usage these days. “I really struggle. I do social media largely for work because I want to be a part of different activities. In India, that’s how you make money so I do it as my job. But wearing airport outfits, etc I don’t think that necessarily a part of my job. I mean it adds to it but doesn’t take something away. Rajinikanth doesn’t wear a wig when he steps out, he’s Rajinikanth anyway. Of course, I know I’m not Rajinikanth!” (You May Like: Farhan Akhtar Comments On Ex-Wife Adhuna Bhabani's Instagram Pic With Her BF Nicolo Morea) 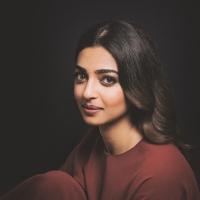 For the uninitiated ones, before marrying Benedict, Radhika was allegedly involved in a relationship with Tusshar Kapoor with whom she had worked in I Am and Shor in the City. But after Radhika went to London to learn contemporary dance styles, their rumoured fling stopped. And in London, Radhika Apte met her future husband, Benedict Taylor. After seeing each other for a few months, they got into a live-in relationship and later got married September 2012. It was a court marriage. 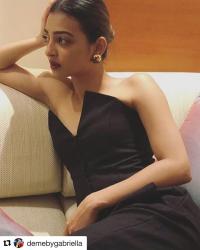 This is amazing, isn’t it? The way she manages her married life, going back and forth between Mumbai and London, is just wow! And Radhika Apte's husband has clearly been very supportive of her.

Next Read: Ajay Devgn On His Wedding: Came Out Of My Bedroom, Got Married On Terrace, Went Back To Bedroom