News of Pulkit Samrat and Yami Gautam’s breakup has been doing rounds for quite some time now. It was just last week that Fukrey actor, Pulkit Samrat announced, “I have recently become single.” It seemed that he has broken all the ties with his alleged girlfriend, Yami Gautam, especially after it was reported that two have un-followed each other on Instagram.

It was heavily speculated that Sanam Re co-stars haven’t really parted ways and that it was just another publicity trick by Pulkit Samrat. However, if reports in SpotboyE are to be believed now, Pulkit is saying the truth. Sources close to the actor revealed to the online media portal that Pulkit Samrat and Yami Gautam’s breakup news is no lie. 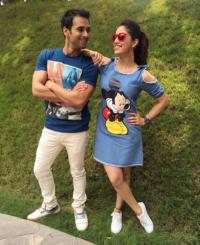 Earlier, Pulkit had talked about his relationship with Yami to DNA After Hrs and said, “Yami ke saath, Kriti ke saath. I don’t pay too much heed to these kinds of articles. They are part and parcel of the business. My affair is with one person- Varun Sharma. Nobody is writing about it. I’ve done two films with him! My focus is only on work. I would rather be written about for that.”

For those of you who do not know, Pulkit was earlier married to Shweta Rohira but barely 11 months after entering the marital bliss, the two divorced each other. Shweta also happens to be Salman Khan’s rakhi sister. This separation grabbed unprecedented eyeballs as Pulkit allegedly left his wife for his Sanam Re co-star, Yami Gautam. And since, Pulkit Samrat and Yami Gautam’s breakup and linkup news have been making it to the headlines. 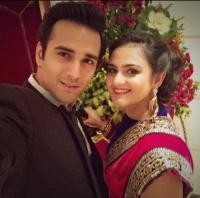 Shweta in an interview post her divorce with Pulkit had called Yami a home-breaker. She was quoted as saying, “I was living in an illusion. I trusted Pulkit. The film industry is a very small world. I get to know things about him even if I don't want to. Yami was the smoke that led to whatever happened between Pulkit and me. She is a home-breaker. Pulkit has always led a dual life for some reason. He did not declare me as his wife for the longest time, and now he is saying that he is not dating Yami. It's time he becomes transparent. All said and done, my marriage with Pulkit was a mistake and I have learnt the lesson the hard way.” 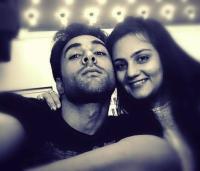 Earlier, in an interview, Pulkit had opened up about his divorce with Shweta, “Yes, I was going through a separation, but that was not a major problem. It was the media coverage that became a problem for the families involved. But that’s over. It was a small period. Now, if something is written or said (about it), I ignore it. I don’t need to cope with it, I have coped with it for the longest time and I walked out of it. I am happy. I am single, let me enjoy it.”

Here we’re! It seems that perhaps now Pulkit Samrat and Yami Gautam’s breakup news would stop grabbing so much attention. But we really hope that beyond their relationships they continue giving stellar performances in their respective careers.

Next Read: Shirtless Taimur Ali Khan And Innocent Inaaya Kemmu Enjoy A Day Out With Parents, Pics Inside!