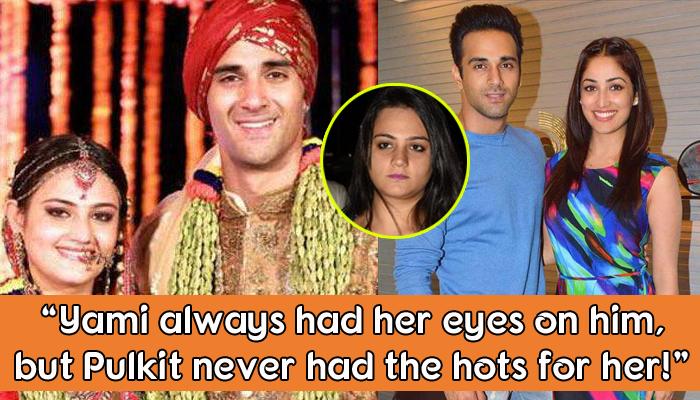 It was the most controversial separation of B-town, where a marriage went kaput only after 11 months of the wedding. We are talking about Sanam Re and Fukrey fame Pulkit Samrat and Shweta Rohira, who is also Salman Khan's rakhi sister. The ex-couple has already filed for the divorce as Pulkit cheated on Shweta with his Sanam Re co-star Yami Gautam! Let's take a look at one of Shweta's explosive interviews where she openly blamed Yami for being a home-breaker and luring her then-husband, Pulkit!

Yami always had eyes on Pulkit! This is what Shweta Rohira, Salman Khan’s rakhi sister and actor, Pulkit Samrat’s ex-wife had to say about her ex-husband’s increasing closeness with co-star Yami Gautam. Rohira got married to long-time boyfriend, Pulkit Samrat in November 2014.

Recommended Read: Rashami Desai Breaks Her Silence And Spills The Beans On Her Broken Marriage With Nandish Sandhu

However, barely a year had gone by when the news about the couple’s separation started doing the rounds in November 2015. After the reports of his alleged affair with Yami started doing the rounds, Pulkit Samrat moved out of Pulkit-Shweta's apartment and started living with his parents, although there were rumours that he had moved in with co-star, Yami Gautam.

However, Pulkit always denied rumours that he was living with Yami and that they ever had an affair.Pulkit, who had been linked with Yami several times over, took to Twitter at that time, to publicly deny the report claiming that the actor has moved in with the Vicky Donor actress. Pulkit tweeted this along with a link to the news clip which made the claim. Take a look: 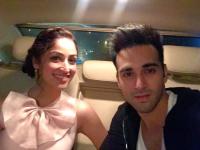 Amidst all these speculations that blamed actress Yami Gautam for Shweta and Pulkit’s separation, Shweta finally decided to open up about her divorce, her equation with Pulkit (during that time) and her views about his affair with Yami Gautam. When a leading tabloid asked Shweta, what went wrong in her marriage, this is what she said:

“We always loved each other, but eight months after the marriage he said he wanted to separate. The reason he gave me was his family. I didn’t see it coming. I had given him a manual of how to be a perfect son-in-law to my parents and he had given me one about being the perfect daughter-in-law. But I guess there was something wrong with his manual.”

Must Read: New Mom Sunidhi Was Confident For A Baby Girl, Had Listed Down All Girl Names As Well

Though things were turning ugly between the two, Shweta was still hopeful that the two will reconcile, but that never happened! In fact, before the release of Sanam Re, she even talked about following a mannat that she had kept for the success of the movie. Take a look at how much of a perfect wife she sounded then:

“When Pulkit was offered the film we were talking about getting married. I had heard a song from the film which moved me to tears. That’s when I told him he should do the film as my wedding gift. I have stopped eating sugar for over a year as part of my mannat. Maine mannat maangi hai that Pulkit’s film should do a business of `100 crore. When that happens I will start eating sugar.”

Incidentally, Sanam Re was the movie where Pulkit met Yami Gautam, who is the reason behind Pulkit and Shweta’s broken marriage.

When asked about Pulkit Samrat and Yami’s affair before the release of their movie, Shweta was too quick to cut in and dismiss the news as baseless. And, Shweta did not even mince her words while giving her opinion about Yami. According to Shweta, it was Yami and not Pulkit, who was after her husband since past many years. This is what Shweta revealed at that time:

“That is ridiculous. I know my husband and Yami is the last person he would want to be involved with. In fact, he didn’t even want to do films with her — he has acted with better actresses. Eight years ago, he had done a music video with her and at that time he wasn’t even talking to her. Yami always had her eyes on him, but Pulkit never had the hots for her. Even now when he was offered Junooniyat and Sanam Re he did not want to do them. It was I who told him it’s okay to do Junooniyat with her. In Sanam Re, initially, another girl (a friend of mine) was considered, but at the last minute it fell through and Yami came on board. But I had loved the story and had full faith in Divya (Kumar, director), so I insisted that Pulkit do the film. I know that there is nothing going on between them.”

And, how Salman Khan, Shweta’s rakhi brother reacted to their separation?

When Salman celebrated his 50th birthday, Pulkit was one of the invitees, however, Shweta was missing from the guest list. Pulkit (minus Yami) even went on to Salman Khan’s show, Bigg Boss 9 to promote his movie, Sanam Re. 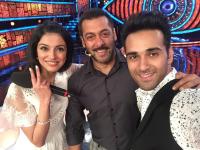 After having ugly fights in the media, Pulkit and Shweta filled for the divorce in 2017 in the family court. The two are waiting to legally get separated and end this relationship. Also, Shweta has moved on in life and has completely transformed herself. Take a look at her transformation, She Looks Unrecognisable After Loosing Almost 20 Kilos. Pulkit and Yami have still not made it official and are hiding their relationship from the world!