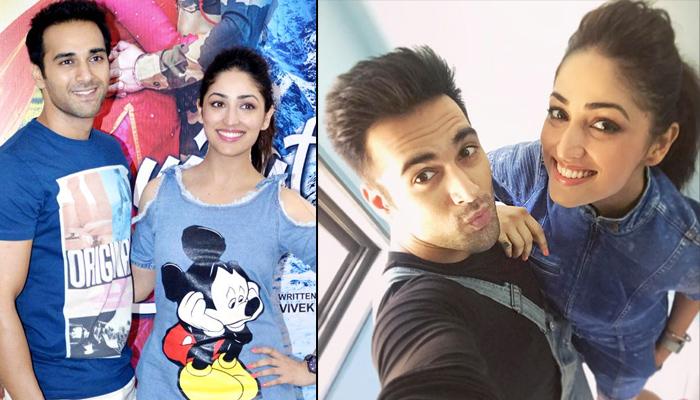 He is one the most good-looking actors with a huge female fan-following, and she is the dimpled beauty. Their on-screen chemistry is as amazing as their off-screen chemistry. But nothing is for forever in the glam world; fame, success and not even love lasts for long. We are talking about industry’s two promising actors, Sanam Re co-stars and real-life couple, Pulkit Samrat and Yami Gautam.

It seems like that there’s trouble in Pulkit and Yami’s paradise and they have distanced each other virtually. According to a report on SpotboyE, Yami and Pulkit have unfollowed each other on social media. Though the couple has always been tight-lipped about their relationship, their chemistry was enough to tell the tale. The reports even suggest that this might be their attempt to keep their relationship away from the unwanted media attention.

Veerey Ki Wedding actor said in an interview that he is now single and is enjoying his singlehood. After dating for almost 3 years, the couple decided for splitsville. In an earlier interview with DNA AfterHrs, Pulkit talked about his link-up stories. He asserted, “Yami ke saath, Kriti ke saath... I don’t pay too much heed to these kinds of articles. They are part and parcel of the business. My affair is with one person — Varun Sharma. Nobody is writing about it — I’ve done two films with him! My focus is only on work. I would rather be written about for that.” (Also Read: Shweta Rohira Opens Up About Filing For Divorce From Her Estranged Husband Pulkit Samrat)

Fukrey actor also revealed that it was tough for him to deal with his divorce amidst the media scrutiny. Pulkit was quoted as saying, “Yes, I was going through a separation, but that was not a major problem. It was the media coverage that became a problem for the families involved. But that’s over. It was a small period. Now, if something is written or said (about it), I ignore it. I don’t need to cope with it, I have coped with it for the longest time and I walked out of it. I am happy. I am single, let me enjoy it.”

Pulkit and Yami’s love affair has always grabbed the headlines, courtesy Pulkit left his wife for Yami. For the uninitiated ones, Pulkit got married to his long-time girlfriend, Shweta Rohira on November 3, 2014. Shweta is also the Rakhi sister of Salman Khan. After 11 months of the wedding, Pulkit and Shweta parted their ways. The ex-couple filed for divorce and Shweta accused him of cheating on her with his Sanam Re co-star Yami.

Shweta had also blamed Yami for breaking her marriage with Pulkit. She was once quoted as saying, “Yami always had her eyes on him, but Pulkit never had the hots for her. Even now when he was offered Junooniyat and Sanam Re he did not want to do them. It was I who told him it’s okay to do Junooniyat with her. In Sanam Re, initially, another girl (a friend of mine) was considered, but at the last minute it fell through and Yami came on board. But I had loved the story and had full faith in Divya (Kumar, director), so I insisted that Pulkit do the film.”  (Also Read: Throwback: When Shweta Claimed That Yami Gautam Always Had Eyes On Her Ex-Husband Pulkit Samrat)

She further elaborated on Pulkit and Yami’s equation, and retorted, “I was living in an illusion. I trusted Pulkit. The film industry is a very small world. I get to know things about him even if I don't want to. Yami was the smoke that led to whatever happened between Pulkit and me. She is a home-breaker. Pulkit has always led a dual life for some reason. He did not declare me as his wife for the longest time, and now he is saying that he is not dating Yami. It's time he becomes transparent. All said and done, my marriage with Pulkit was a mistake and I have learnt the lesson the hard way.”

Well, there is no clarification on the break up from Yami or Pulkit. We wish them success in their respective future endeavours.