Priyanka Chopra Engagement Ring By Nick Jonas Is Worth Whopping 200,000 Dollars, Details Inside

Priyanka Chopra Engagement Ring By Nick Jonas Is Worth Whopping 200,000 Dollars, Details Inside 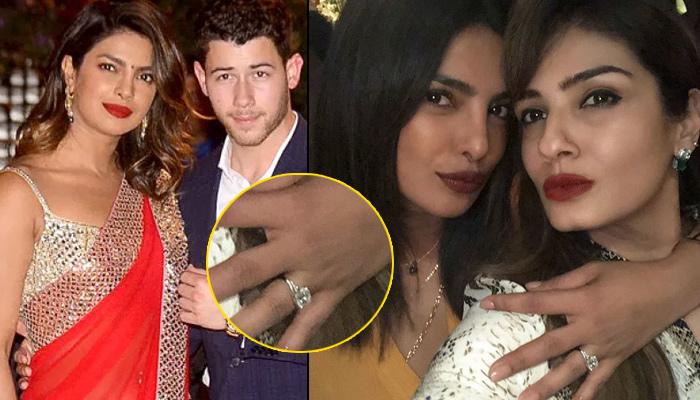 After playing hide and seek with the media and paparazzi after her engagement, Priyanka Chopra finally flaunted her huge engagement ring in an Instagram selfie with her arm around her friend, Raveena Tandon. Though Priyanka and Nick are still tight-lipped about their fast-paced relationship, these past three months have been a whirlwind for the lovebirds. (Also Read: Nick Jonas Finally Confirms His Engagement To Priyanka Chopra, Also Talks About Babies)

As per the reports, Priyanka and Nick got engaged on her birthday i.e. July 18, 2018, in London. And ever since then, everyone is keeping their eyes peeled for a glimpse of a ring. When the Quantico actress, Priyanka intentionally took off her ring when she arrived in Delhi after Nick’s concert in Singapore, she gave a proof of her engagement. Priyanka and Nick are keeping their relationship out of the lens of media and paparazzi.

Apparently, Nick had shut down the Tiffany & Co. store to pick an engagement ring for his lady-love. And looks like, it was totally worth it! Andrew Brown, President of WP Diamonds, told E! News that Nick Jonas had spent a jaw-dropping amount of $200,000 (Rs 1,40,61,000) on the engagement ring. Andrew was quoted as saying, "Priyanka's ring is a high-quality cushion cut weighing around 4 carats. It looks to be somewhere around a G colour, VS1 clarity which, from Tiffany & Co, would have a value of around $200,000." (Also Read: This Is How Nick Jonas Probably Proposed to Priyanka When He Shut The Tiffany Store [Video Inside]) 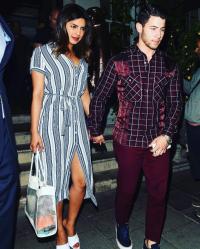 As per another report, Nick Jonas and Priyanka Chopra will finally formally announce their engagement on August 18, 2018. Chopra has reportedly booked a five-star hotel for the party and will celebrate the engagement with her family and closest friends. A source told E! News, "Nick Jonas and his immediate family are travelling to India this weekend to attend an engagement party hosted by Priyanka's family. It's going to be the first time that their families intermingle and get to know each other." (Also Read: Priyanka Chopra And Her Hubby-To-Be Nick Jonas Go Cosy On A Dinner Date In Singapore, Video Inside) 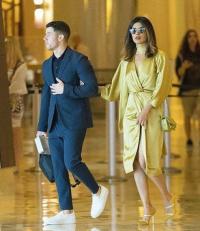 The source further added, "It's a tradition for them to meet before the wedding and Priyanka's family insisted on hosting the Jonas family in their country. Priyanka wants everything to be traditional to respect her family's values, and definitely an Indian wedding. Priyanka and Nick are excited for everyone to meet and to celebrate. Everything is very secretive but guests are expected to head there starting tomorrow. All of the plans are moving quickly and Priyanka and Nick do not want to have a long engagement." 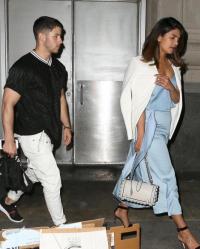 At the ‘Challenging the Status Quo & Forging New Path’ event organised by FICCI Ladies Organisation (FLO) and Yes Bank, Priyanka was asked about her engagement with Nick. She stated, “My personal life is not for public consumption. 90% of my life is for public consumption but 10% is for me. I am a girl and I have the right to keep that to myself. My family, friendship, my relationships are things I don't think I need to defend or explain it to anyone. I am not running for the Office, so I don't think I need to give explanations.” 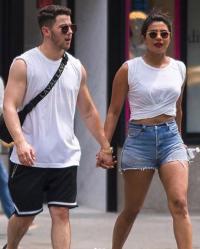 According to a media portal, a source was quoted as saying “Nick loves dating older women, and if anything it makes Priyanka even more attractive to him. Nick has been obsessed with Priyanka since they started dating. He obviously thinks she’s beautiful, but he’s also drawn to her intelligence. She has this charisma and energy that draws you to her, and she’s fit in so well with his friends and family.” (Also Read: Priyanka Chopra And Nick Jonas' Engagement Bash To Take Place In Mumbai This Month) 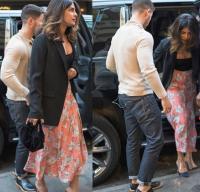 We are eagerly waiting for Priyanka Chopra and Nick Jonas’ engagement party on this weekend. Stay tuned with us for updates from the bash! 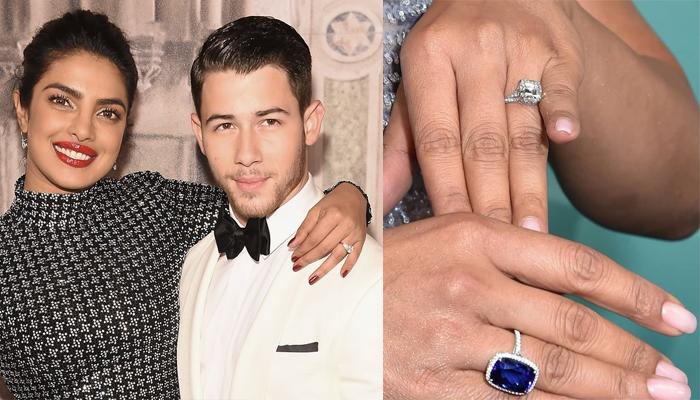 Priyanka Chopra and Nick Jonas are an international couple, loved and adored by everybody. Who would have thought that Miss World 2000, who would make her debut in 2003 with Andaaz, would one day walk the carpets of every leading event in Hollywood, and surpass the reputed damsels of the