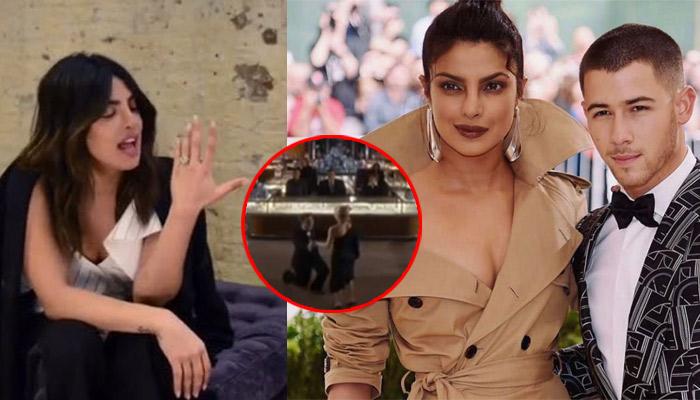 Who knew that a simple ‘go together on an event’ could led to an engagement and finding an ideal partner for life? As they say, Cupid can strike you anywhere, anytime! Need we say more as to whom we are talking about? The ‘just engaged’ couple, Priyanka Chopra and Nick Jonas! (Do Read: Priyanka Chopra And Nick Jonas Engaged, He Shut Down An Entire Store To Find A Perfect Ring For Her)

Yesterday morning (July 27, 2018), the world woke up to the news of Priyanka Chopra opting out of the much-awaited Salman Khan starrer, Bharat and it surely disheartened many but the reason behind her opting out of the film was something that people anticipated but surely didn’t expect it coming for real! 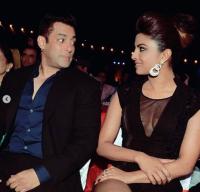 Bharat’s director, Ali Abbas Zafar himself took to Twitter and broke the news with the fans. His witty tweet paved way for a confirmation that the reason behind Priyanka not starring in the film is probably her marriage with Nick Jonas which will clash with her shoot dates! Yes, you read that right! Ali’s tweet said, “Yes Priyanka Chopra is no more part of @Bharat_TheFilm & and the reason is very very special , she told us in the Nick of time about her decision and we are very happy for her ... Team Bharat wishes @priyankachopra loads of love & happiness for life.” Here’s the tweet:

And then came a sweet surprise to all, that PeeCee is already engaged to popular American singer and songwriter, Nick Jonas! The Jonas Brothers star shut down the entire Tiffany's store in New York City to buy a suitable ring for his dear lady! Grapevine is abuzz that Nick had ‘popped the question’ during PeeCee’s birthday on July 18, 2018 when she had flown down to London to spend her 36th birthday with her beau, Nick Jonas. More so, a source close to the Jonas family has shared with People magazine, “His friends and family have never seen him like this, and they’re all really excited for him. He’s definitely very serious about her.” And not just that, the source also shared that Nick is “very, very happy.” (Also Checkout: Nikhil Namit, Producer Of 'Bharat' Confirms Priyanka Chopra's Engagement To Nick Jonas) 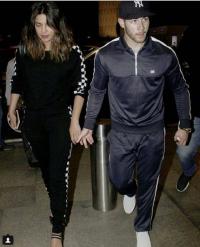 But hey! As per a Bollywoodlife report, Nick might have been inspired from the movie, Sweet Home Alabama while ‘popping the question’ to Priyanka. In a particular proposal scene of the film, the dapper Hollywood actor, Patrick Dempsey bends down on his knees when he was trying to propose Reese Witherspoon, who was in a total blimey moment. The backdrop of the scene was that Patrick had shut down the entire Tiffany's store when he proposed to her. And similar was the story of Nick proposing Priyanka! Now you know how! Here's the video:

Things have been going strong between the couple ever since they have met. What began as a casual flirting turned into a permanent entry into each other’s life. A close friend of the Jonas family had shared with People magazine, “He’s dated a lot over the last couple years but it’s never been anything serious, so this is a big step. Nick and Priyanka really like each other, and his family enjoyed getting to know her as well. She fit right in!” (Do Read: Men In Priyanka Chopra's Life: Wives Of Two Married Actors Stopped Them From Working With Her) 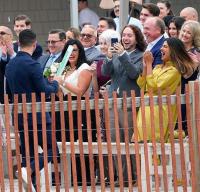 In an interview sometime back, Nick spoke about his relationship with Priyanka where he shared, “We met through a mutual friend who she did Quantico with, this guy Graham and we met up like in New York the first time and the same day I think we found out that we are both going to the MET gala with Ralph Lauren. And as strange as it sounds but we couldn't have planned it. We just had a great time. She's a lovely person and I'm dying now to go to India”. On the other hand, popular international online portal, People.com also quoted Priyanka as saying, “We’re getting to know each other, and I think it [coming to India] was a great experience for him”. 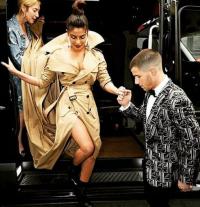 Wow! Isn’t this great? Also what would be your ideal way of proposing to your loved one? Give us some cues in the comments section below! 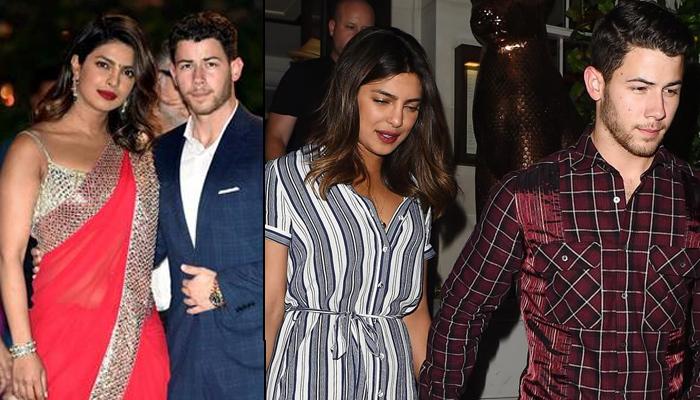 Yes, you read that right but we are not going to give you this information so early in the first paragraph itself! Priyanka Chopra and her boyfriend Nick Jonas’s relationship have been growing strong ever since they’ve met and the best part is that both the international stars have introduced