Prince Narula and Yuvika Chaudhary became mister and missus in a grand wedding ceremony on October 12, 2018, at the Sun.n.Sand hotel in Juhu, Mumbai, in the presence of close friends and family. Prince and Yuvika’s pre-wedding festivities was way more entertaining than a Bigg Boss episode. Why do we say so? Since it was kind of a reunion for Bigg Boss participants, exes bumping into each other became a little awkward for some. (Also Read: Priyank Sharma Bumped Into Ex Divya Agarwal Who Arrived At Prince-Yuvika's Sangeet With Varun Sood)

Divya shared a picture-perfect photograph with Varun and lovebirds, Prince and Yuvika. Captioning the picture on Instagram, Divya wrote, “Devil eyes @princenarula @princenarula And hulk @varunsood12”. The video below is from Prince and Yuvika's sangeet ceremony where on the dance floor, Priyank and Divya are trying best to ignore each other. Take a look: 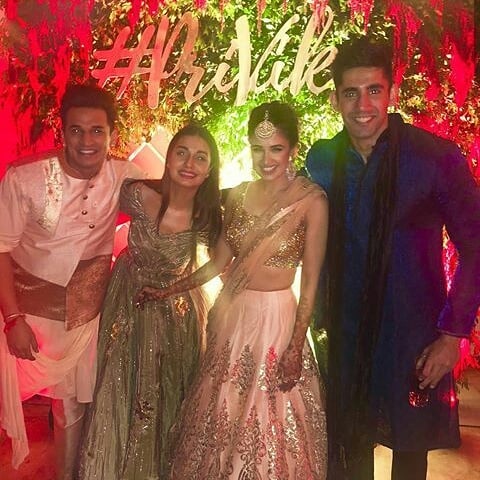 For the past three days, the internet has been flooded with Prince and Yuvika’s pre-wedding and wedding pictures and videos. In one such video, Priyank went down on his knees holding a red rose in his hands and started shouting ‘I love you’ to Karan Kundra's girlfriend, Anusha Dandekar. And believe us when we say, this video will definitely make you go ROFL. Checkout how Karan reacted to Priyank’s gesture:

Priyank shared a picture with Karan and Anusha on his Instagram handle, and wrote, “Few relations are made where there is no give and take. Forget about me giving them anything, I have always took something or the other from these two.From guiding me to what is correct and what is incorrect, to all the jokes and fun to be kept aside I really want to thank you both for being there @kkundrra bhaiya @vjanusha bhabhi you both are sweethearts and I have always looked up to you guys in my life and I always will P.S. No. I don’t make relations just to affect anyone else! LOVE YOU BOTH! #mentors”. (Also Read: Prince Narula And Yuvika Chaudhary Had A Star-Studded Sangeet And Cocktail Night, Pics Videos Inside) Coming back to the complicated love square of Priyank, Divya, Varun and Benafsha, Priyank and Divya allegedly broke up due to his proximity to Benafsha inside Bigg Boss 11 house. Priyank and Divya dated during another reality show, Splitsvilla, but soon things went kaput between the couple when Priyank went to Bigg Boss house. 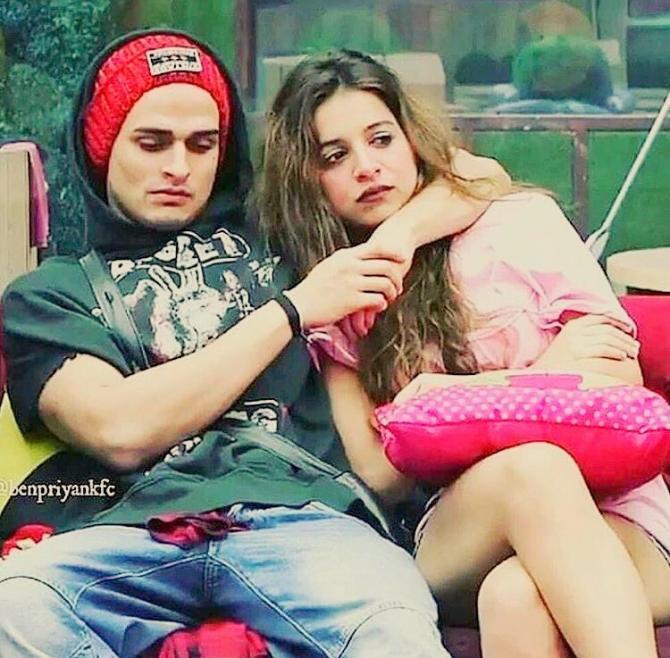 Speaking about his equation with Benafsha, Priyank was quoted as saying, “Ben and I are very close. But she is just a friend.  We knew each other before entering the house. And after getting in the house, we got to spend much time together. We used to support each other in all matters. Yes, I accept that I was a bit protective of her. But then, I had the same feeling for Hina. Benafsha left the show, then I used to be more with Hina. But it doesn't mean that Hina and I are dating; it is just pure friendship on that front too. I love Ben but as a friend and I respect her too.” 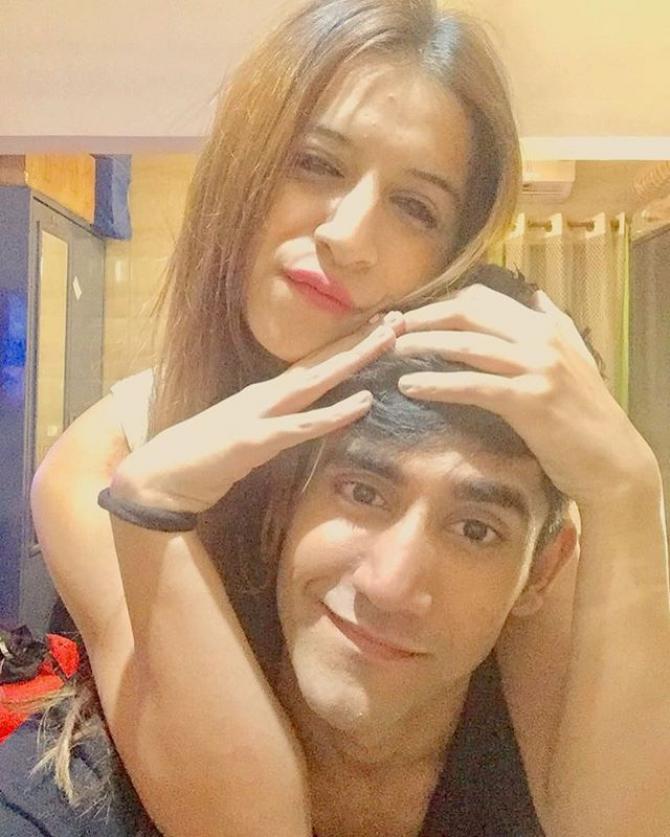 Priyank went on to say, “When I got evicted for the first time, Divya and I had discussed that things are not working out between us. And then I went back into the house rather quickly after that, so I feel some questions had remained in her mind. But I have moved on. Perhaps Divya had some things in her mind and she wanted to clear them when she came to the house-  but we couldn't communicate much. Also, we didn't have phones inside, so I couldn't call her after she left. From my side it was always clear that our relationship is over- and I hope that she too is clear about this now and hereafter.” 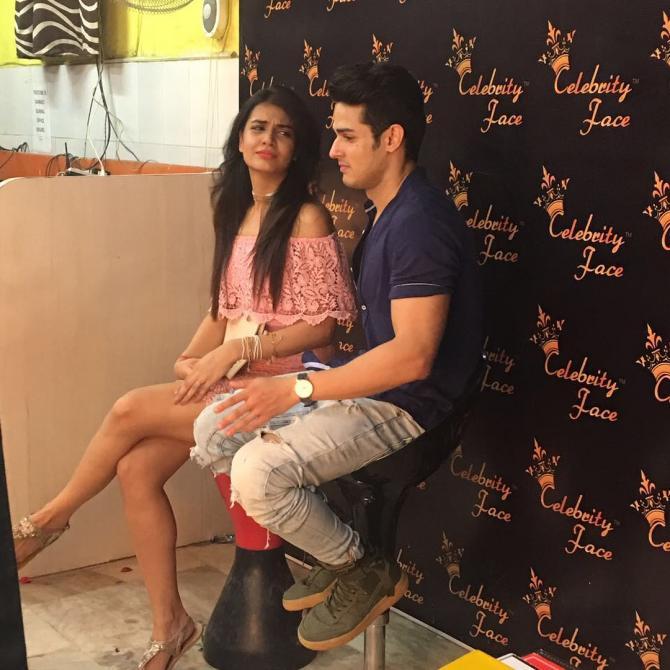 Talking about being hurt because of Priyank’s proximity to Ben inside the Bigg Boss house, Divya had stated, “When Benafsha asked Priyank whether he has been close to any other female friends like the way he is with Benaf, he said ‘No’. I am shocked. So what was he doing with me? Yes, we never stayed together under one roof but the way he wakes up Benaf, looks for her in the morning, treats her, kisses her etc. etc. --- Priyank did the exact same things with me in Spitsvilla.” (Also Read: 'Bob Marley' Fame Divya Agarwal Has A Kickass Answer For Ex Priyank Sharma Not Praising Her In Video) How would you feel if you bump into your ex at a common friend’s wedding? And if you have already experienced the same situation, do share it with us in the comments section below.