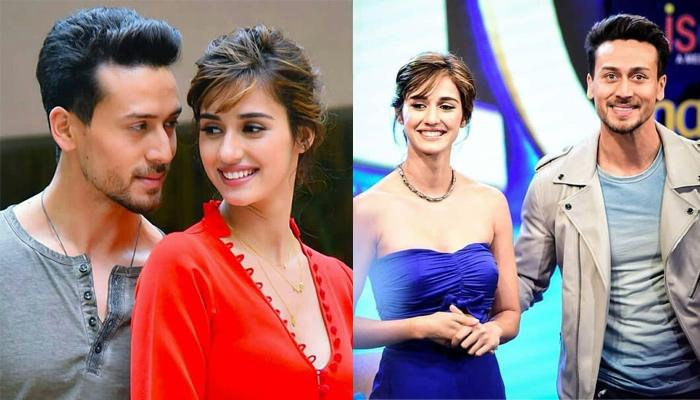 He is one of the newcomer-superstars in Bollywood. She is regarded as nations' crush. Any guesses as to whom we are talking about? It is none other than Baaghi 2 co-stars, Tiger Shroff and Disha Patani. The very amalgamation of these two stars under the same roof is gorgeousness to another level! Don’t you think so? (Do Read: Ranveer Singh Can't Wait To Start A Family With Deepika Padukone, He Is Waiting For Her Dates)

Some iconic jodis in Bollywood, leave a prominent mark in our minds. For example, if we blurt the very words ‘Deepika Padukone’, we bet you would reply ‘Ranveer Singh’, if we ever say ‘Tiger Shroff’, you would either say ‘gymnastics’ or ‘Disha Patani’, right? Though this couple never admitted being in a relationship, but a mere glance at Disha and Tiger, and you could see love blossoming between them. But wait, apparently the course of this true love, didn’t run or rather, stay smooth. 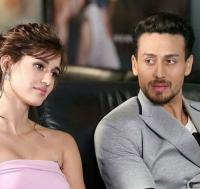 After being in a relationship for over three years, rumours have been doing rounds for quite a while that Disha and Tiger have broken up and are mending their own ways. With multiple speculations and no one to comment on the same, an insider finally spoke to an online portal BollywoodLife, about their breakup. Citing the reason behind this, the source stated, “The two were having frequent arguments of late. They did try to make it work and bring back the spark in their relationship but they failed. So, in order to maintain personal peace, they have decided to separate. The two have some exciting projects in hand and want to focus on their professional life. This will give them time to reassess their relationship."

Talking about speculations, one of the reasons, as reported earlier, was that Tiger and Disha have parted ways due to the former’s growing closeness with his Student Of The Year 2 co-star, Tara Sutaria. Yes, you read that right but again, this was just a rumour. In a throwback interview about his rumoured breakup with Disha, the Heropanti star shared with BollywoodLife, “Even I don't know what is the truth. I prefer not talking about my personal life. I want people to know me for my work and my talent." He event went on to say, “I am taken. I am married to my work." (Also Read: Ranbir Kapoor Imitating Alia Bhatt In A Throwback Video Tells He Is An Observant Boyfriend) 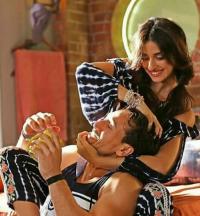 In yet another interview, denying all dating speculations, Tiger stated, “We always go around, all the time. Going around doesn’t mean we’re dating. You do go around with friends, right? I go around with my guy friends also, which no one cares about. Besides, have Disha and I ever indulged in PDA or anything. Today, I can say that she is one of those few people who I can trust implicitly and is very open, straightforward and honest. I don’t have too many friends and I don’t open up easily with people, but she’s an exception. And all this curiosity around whether our relationship is true or not is good for our film. People are eager to see our chemistry."

The M.S. Dhoni star too stated, “He’s my only friend in Mumbai. We both like to dance and work out. He’s a thousand times better than me at both, but we connect through them. I am hanging out with him all the time, perhaps that’s why we get spotted together everywhere. So, people probably feel that we’re in a relationship. We’re friends and there is nothing more to the story. If I hang out with another guy, probably, people will say I left Tiger for him." 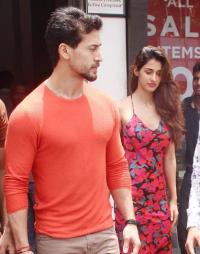 In a candid revelation about beau, Tiger, Disha had once shared how in awe of, is she of him. She had stated, “Trust me, when you are standing next to him, just the fact that people are noticing you and know I am dancing with him, it’s a compliment for me because when he dances you cannot see anyone else. He walks with that aura that you can’t see anything else.” (Checkout! Sidharth Malhotra Talks About Ex-Girlfriend, Alia Bhatt And He Has This To Say)

In an interview with Mumbai Mirror earlier in 2018, Disha stated that Tiger is a ‘role model’. She shared, “Tiger is a very good friend and has impacted me a lot. His work ethics and physique motivates everybody around him. I see him work so hard and think that, if he can do it, I can too. Tiger is a kind human being who never says anything bad about anybody. If you have that kind of goodness it influences everybody around you and reflects in your work too. He is a great role model.” About her dating rumours with Tiger, she revealed, “I want to keep my life as personal as possible. If I was planning something, I wouldn’t share it. It’s my house, my car, my life and I want to keep these things private.” 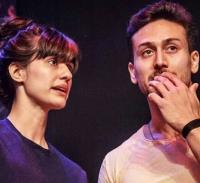 It is indeed sad if Tiger and Disha have broken up. How do you guys like their jodi? Let us know in the comments section below.