On October 12, 2018, Prince Narula and Yuvika Chaudhary became each other’s forever when they got tied in the holy matrimony at the famous Sun n Sand hotel in Juhu, Mumbai. Their wedding pictures and videos went viral on social media as soon as the couple’s pre-wedding functions kick-started on October 10, 2018. (Also Read: Sushmita Sen Visits Taj Mahal With Her New Found Love, Rohman Shawl, Captions It 'Romance Returns')

Even today, after a couple of weeks, whenever we stumble upon Privika’s (as fans adorably call them) wedding pics and videos, we get swayed in romance and fun. Now, there is a recent addition to this. Prince and Yuvika’s official photographers, Epic Stories, have shared a video on their Instagram story which is a teaser depicting the most special moments from their pre-wedding shoot to the wedding. Even the background song to the teaser has been created especially for the video which goes with the soulful lyrics, Main jeeta hun tujhko, ab haarun kabhi na. Take a look: 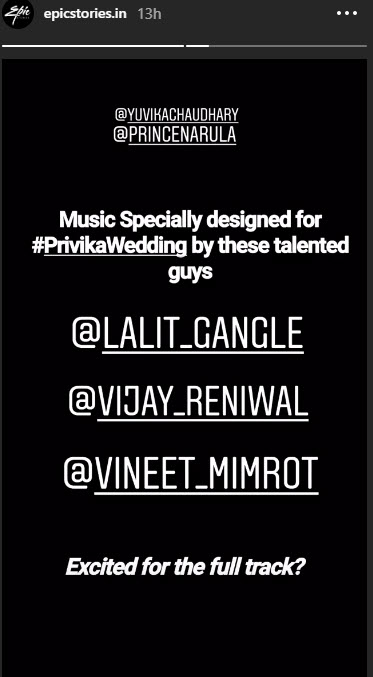 Revived your memories from Privika’s wedding? For the uninitiated ones, it must be mentioned here that Prince and Yuvika’s wedding was a star-studded affair. Some of the well-known names included Rannvijay Singha, Karan Kundra, Shibani Dandekar, Suniel Shetty, Priyank Sharma, Vikas Gupta, and many others.

Also, Epic Stories, their official photographers, constantly kept us on our toes as they kept posting the pics and videos. In one of their big revelations, the team shared that the reason why Prince and Yuvika kept staring at each other during the wedding functions was because of a bet. Epic Stories revealed in one of their posts, “SECRET IS OUT! What’s the story behind both of them looking at each other and smiling? We heard prince speaking to Yuvika on the phone about how they’re gonna react to phere and Vidai. They had a bet they won’t cry until the end. So every time they looked at each other, they shared a little conversation with eyes. Or maybe it was just a disguise trying to control the tears. Well played @princenarula @yuvikachaudhary”. (You May Like: Alleged Couple Aditi Bhatia-Abhishek Verma Broke Up, Unfollowed Each Other On Social Media) 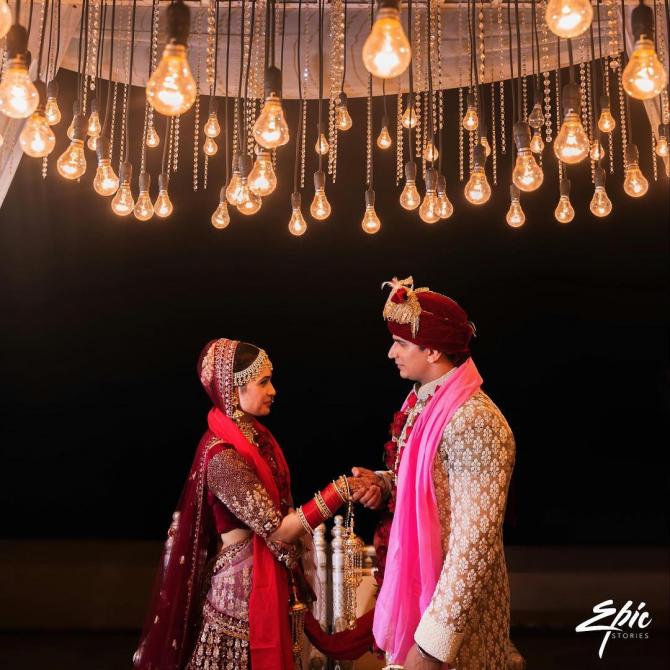 Post their wedding, the gorgeous couple went to the Maldives for their honeymoon. In one of their first pictures from their honeymoon, Yuvika wrote, “My escape is to just get in a boat and disappear on the water with @princenarula #Maldives”. Prince, on the other hand, shared two couple pictures and along with them wrote, “Sunsets are always better on a cruise and even prettier with my wife next to me @yuvikachaudhary. #Maldives”. Take a look at the pictures: 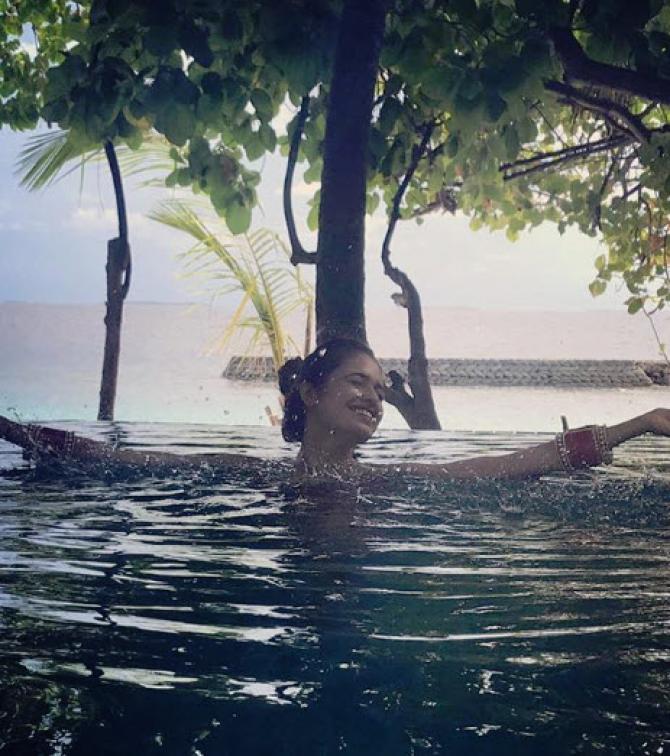 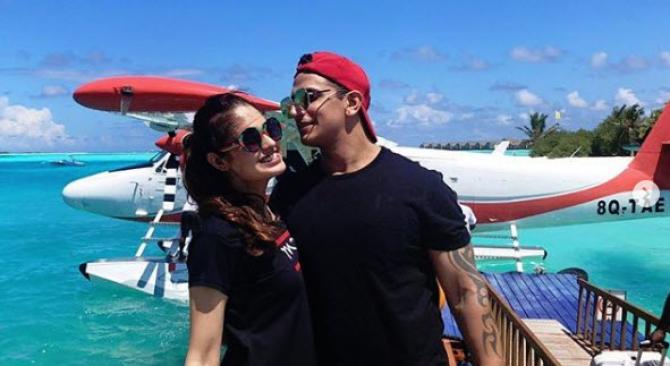 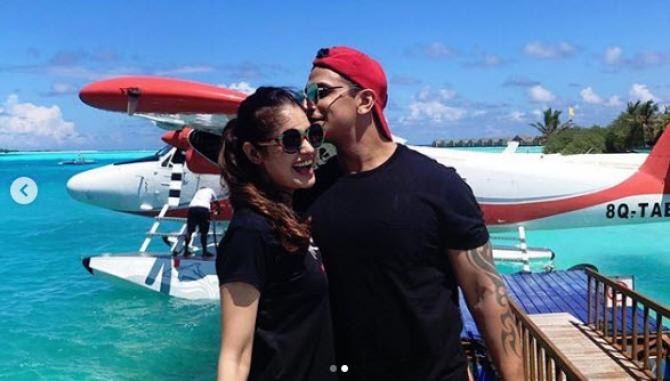 Prince and Yuvika first met inside Bigg Boss 9 house, and since then have been head-over-heels in love with each other. In an interview earlier, Prince had shared, “I've been dating her in my head for a long time. I added the female portion to this song so she could sing it with me. I've loved her since Bigg Boss and initially thought it was one-sided till she explained that she needs time. I've told her that whenever she is ready, we'll take the relationship forward”.

Yuvika, on the other hand, had said, “I won't deny that we enjoy each other's company. He's always been true about his feelings and is a genuinely nice guy. But any girl will take the time to think about it before committing”. She had further added, “So I was like okay then I don’t see a future with you, I think we are not meant to be together. But despite saying this, Prince refused to calm down. Instead, he too seconded my thoughts and was like Ya I think our relationship is going nowhere…we should end it. I was shocked to see this side of Prince. I even told him you have changed, you are not the same Prince I have known all these years”. (Suggested Read: Rahul Sharma Wishes His Wife Asin Thottumkal On Her Birthday, Calls Her The Most Selfless Mother)

Well, Prince and Yuvika together make one of the most gorgeous married couples of the town. How did you like the teaser shared by their official photographers? Share your comments below. 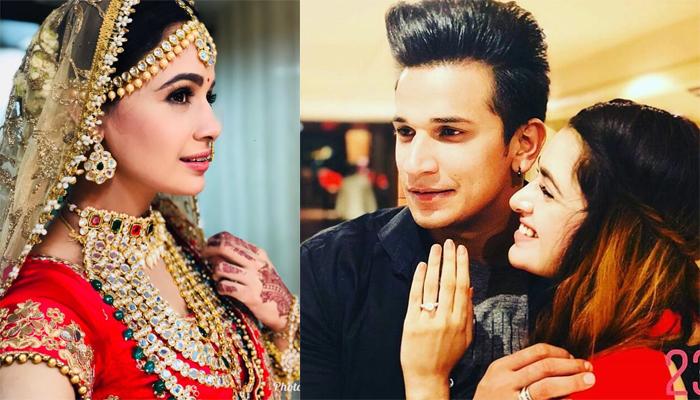