Telly town is abuzz with the magic of 'Nach Baliye9', amidst it, Shantanu Maheshwari one of the contestants of the show opened up on his relationship with Nityaami Shirke

It was in 2005 when the first season of Nach Baliye had made headlines by calling in real-life star couples. Back then, we didn't have any social media connect to our favourite stars and it was a treat to watch them dance on the floor with their real-life baliyes. And with every season the madness grew bigger and bigger. But in the history of Nach Baliye, the season ninth will host the ex-sholays who will fight the current flames in order to win the trophy of dance. (Recommend Read: Sushmita Sen And Alisah's Activities Made Rohman Shawl And Renee Wonder What To Do With Them)

While we are excited to watch all the fun, it is one jodi on the show that took our heart away from the first day, first show. We are talking about dancing sensation, Shantanu Maheshwari and the shocking revelation he made on the show of his baliye. Yes, ladies, our favourite boy is already taken and the muse of his life is actress, Nityaami Shirke. And we still don't know whether we should celebrate that we will get to see him on our screens again or we should feel upset about the fact that he will be matching his steps with his real-life baliye. 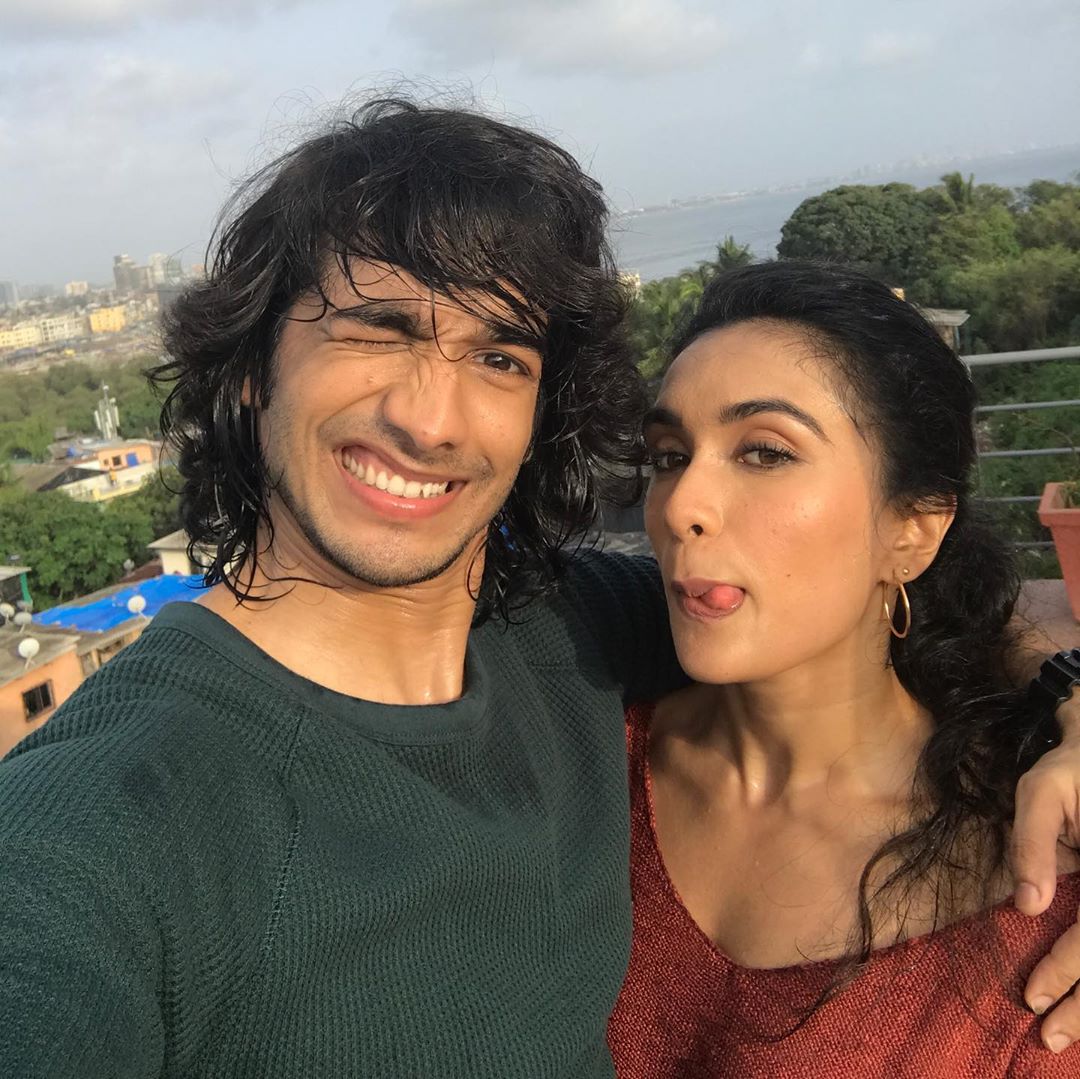 Today, on July 20, 2019, Shantanu took to his Instagram handle to officially announce his ladylove to his fans. The actor shared a few pictures with her, and wrote, "I'm a private person and I like to keep things like that but now that I’m doing #nachbaliye, my relationship is out in open. So confirming that YES I’m dating @nityaami.shirke and we are in this 'like' phase of our relationship. We both never thought we would end up dating each other when we first met as my ek tarfa pyaar was still prevailing in my heart and we hail from very different backgrounds, but somehow we connected." 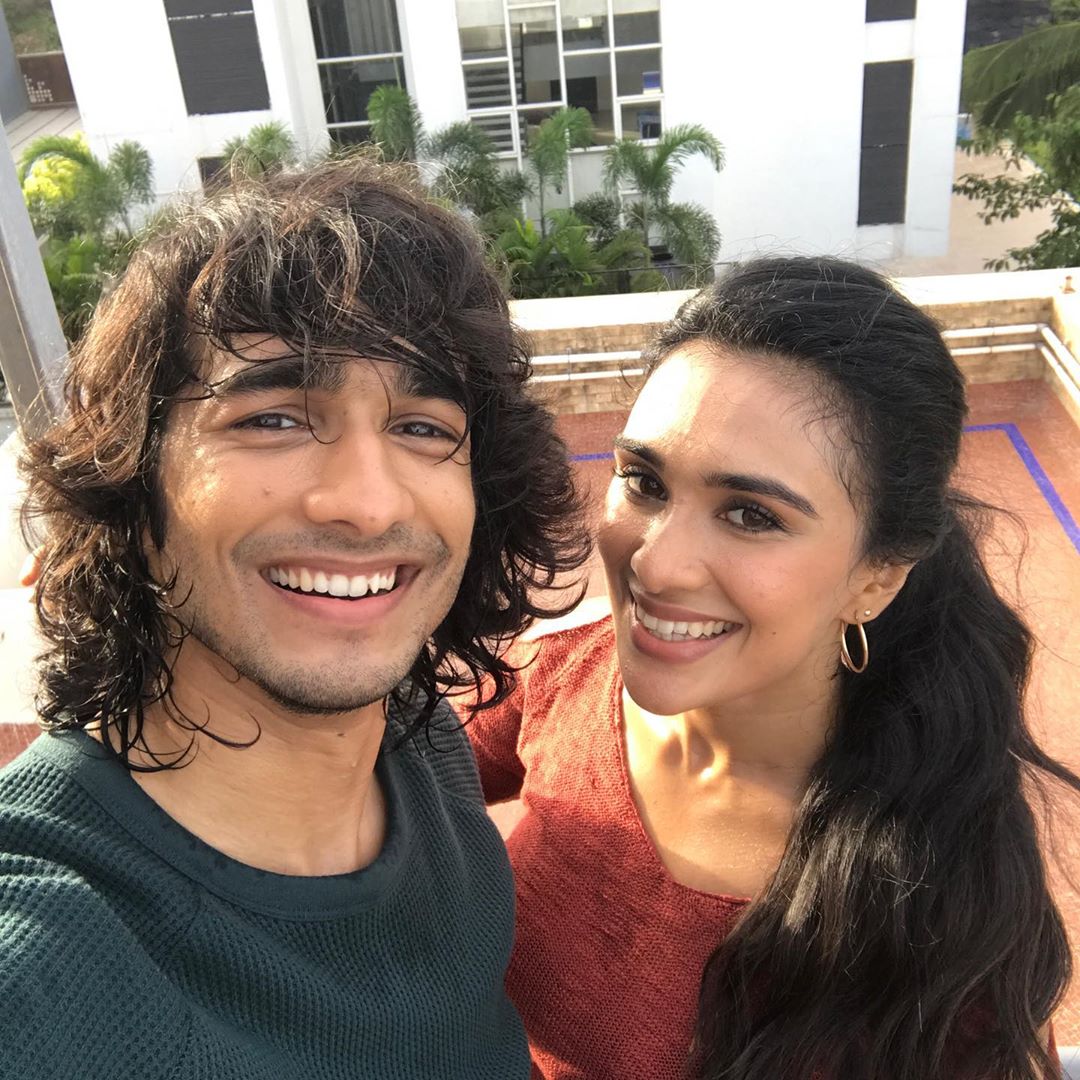 He further wrote about the beginning of a new phase in his life with Nach Baliye, "Nach Baliye was not something that was in the picture but we both thought of exploring our relationship via this. Good bad ugly - we don't know what will be the course of our journey...Yes, I know it’s a big decision, don’t know what to expect and how things will go. But hopefully, we continue to enjoy and explore our relationship. Let’s see where it takes us." (Also Read: Sonakshi Sinha Admits To Have Dated A Celebrity And The World Doesn't Know! Is It Shahid Or Arjun?) 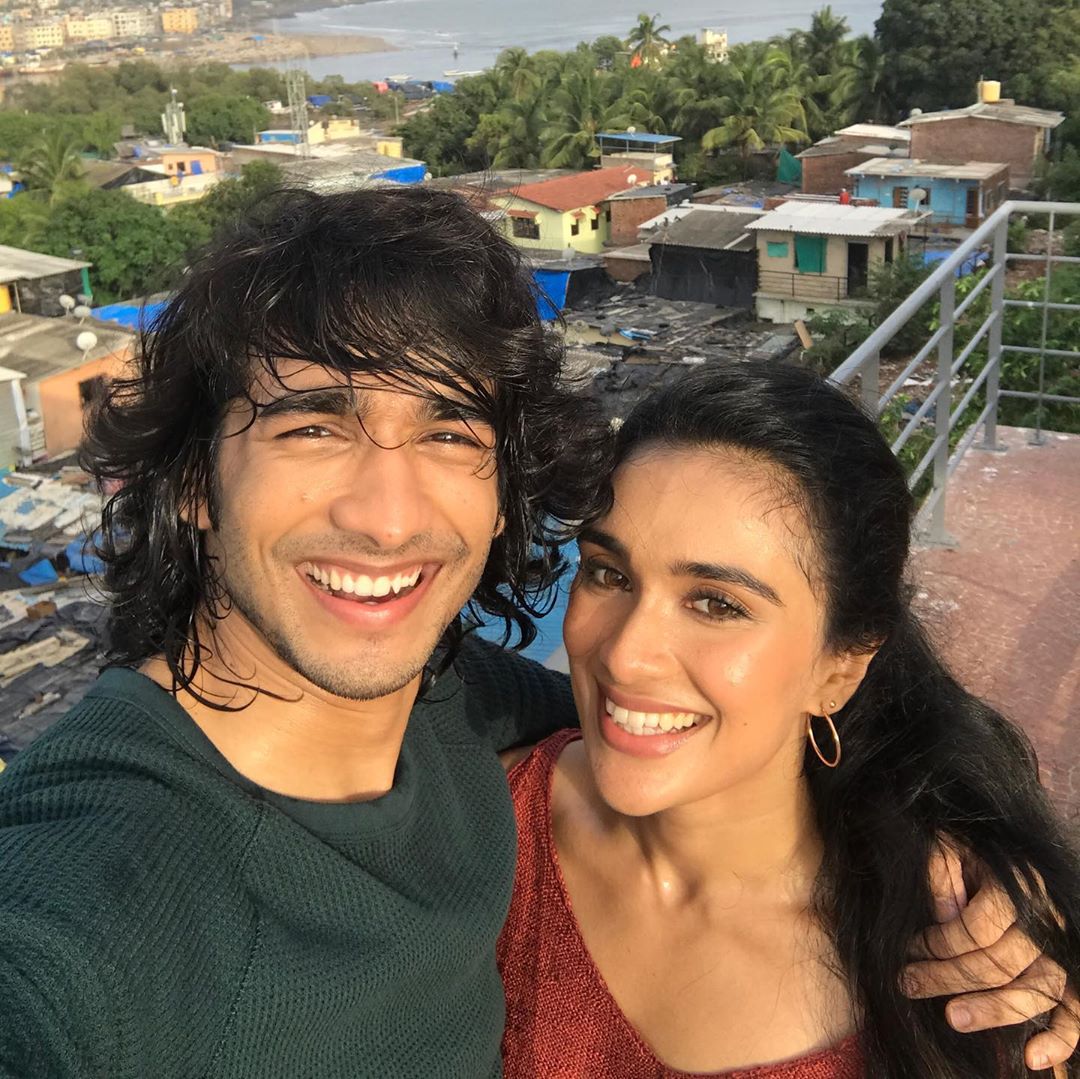 Nityaami also shared a boomerang video with Shantanu, and penned a heartfelt note that can be read as, "All the way from our show together, to where we are right now, I don’t think either of us expected what would happen. Jab I first met Shantanu on set, I never thought we’d get as close as we did and bond like we did, especially considering we were otherwise different personalities and came from such different worlds. I think what connected us was that we are both easy going and we could start a conversation about anything really. Also, the fact that we’re both private, family people."

She further wrote about Shantanu, "I was so damn surprised that someone like Shantanu was as grounded and as down to earth as he is. The more I got to know him offset, I realised that he was genuinely someone I looked up to and respected. And so, that’s how it all began! Entering Nach Baliye wasn’t planned but it kind of happened at the exact time we’d started getting to know each other better. Though honestly, things are just starting out and both of us will always be friends pehle! That being said, I’m excited that we get to share the stage and just have fun together I know yeh Sab easy toh Nahin hoga and there will be ups and downs - but I wouldn’t want this journey to be with anyone else and I can’t wait to see where it will take us #readytonach." 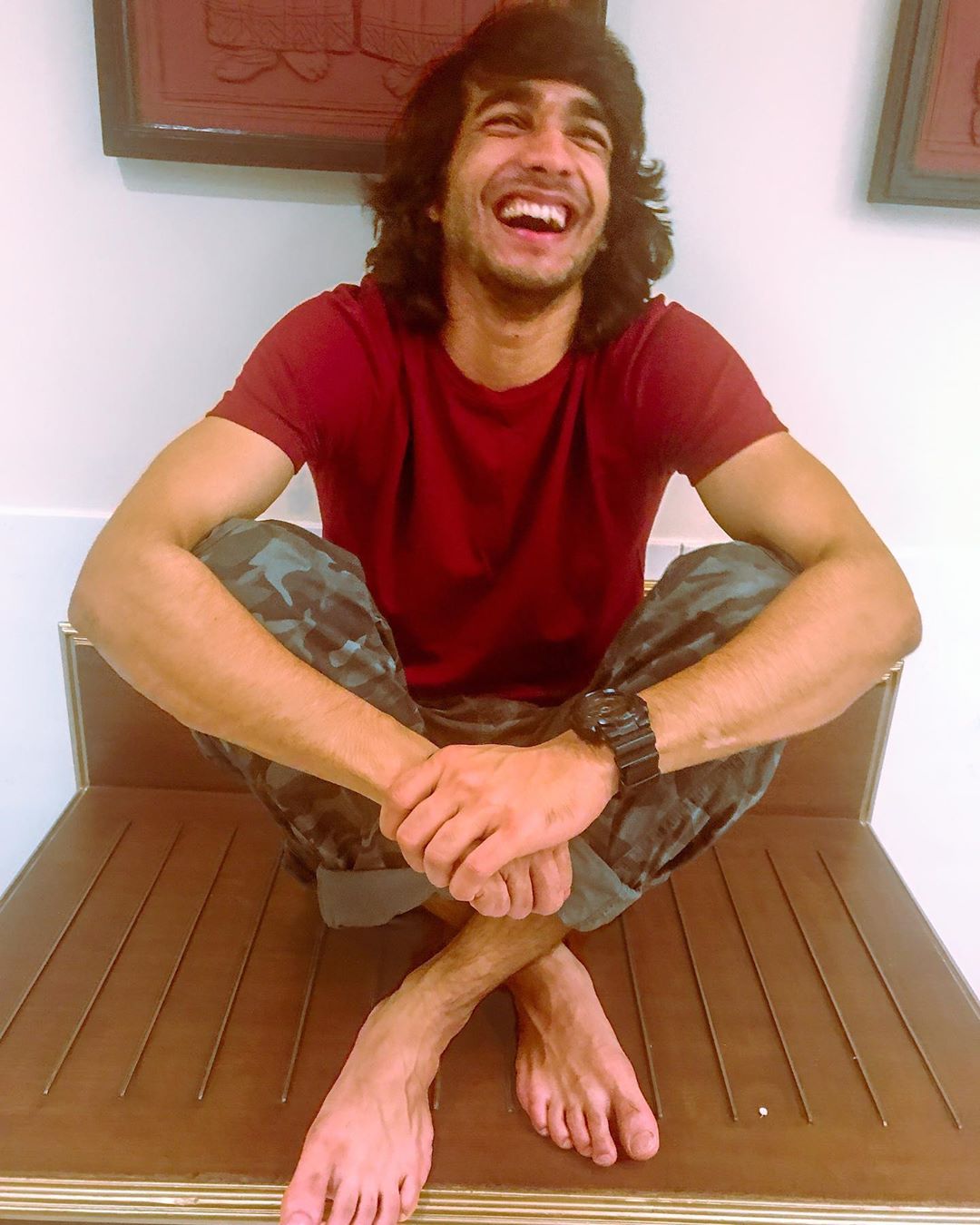 In the year 2018, Shantanu had talked about his love life in an interview with Peepingmoon.com, however, he had refused to reveal the name of his muse. When he was asked whether he is in love, the actor had stated, "Yes, I am in love. But doesn’t want to reveal much( laughs)." For those who don't know, Shantanu and Nityaami had worked together in AltBalaji's web series, Medically Yours. In an interview with National Herald India, the actor had talked about his experience working with Nityaami. He had shared, "We both didn’t know each other but I had a great experience with working with her and I think she is a multi-talented person." 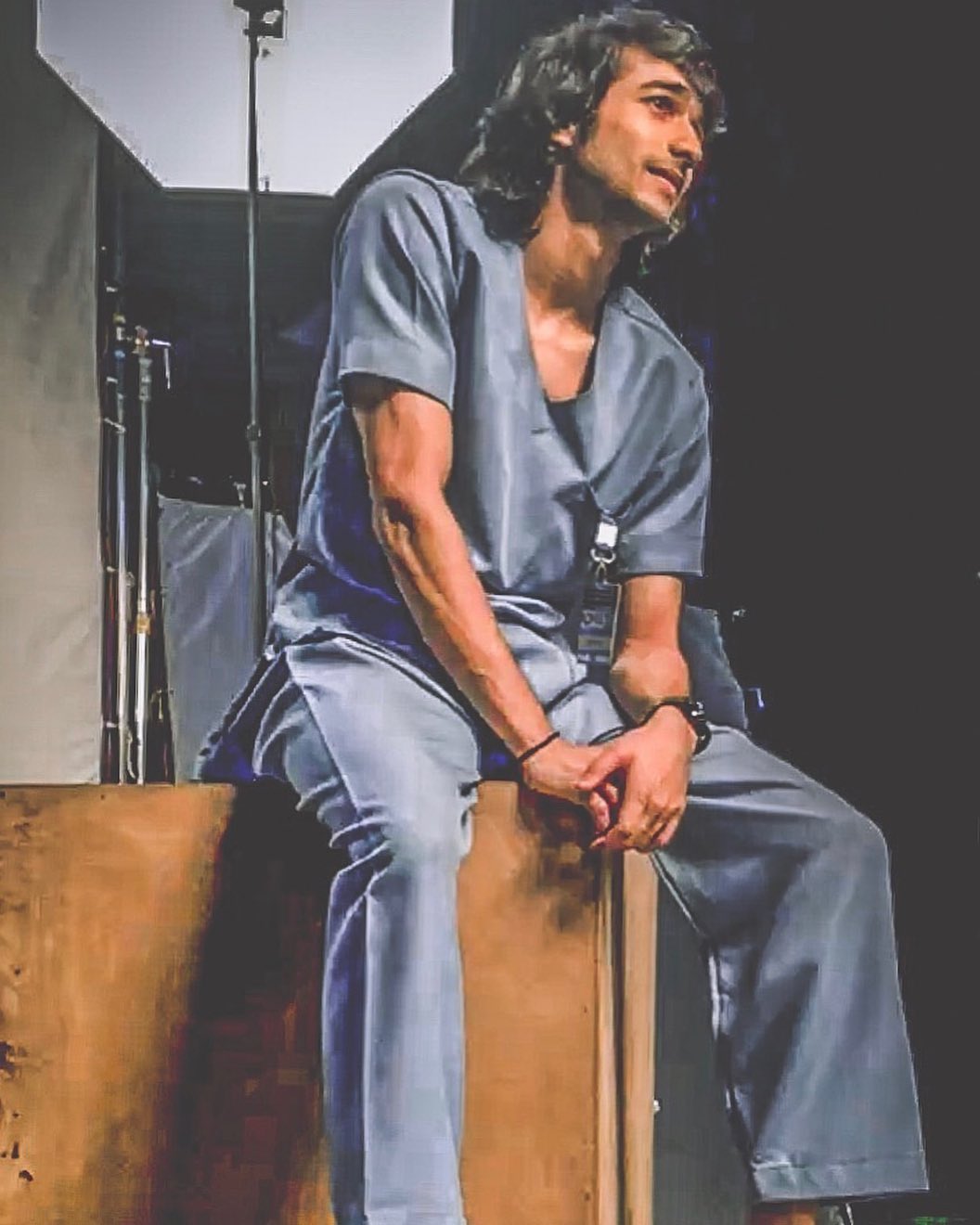 In the same interview, Shantanu had also revealed that he had cried on the first day of the shoot as he didn't know much about her, "We both cried because the very first day of the shoot we weren’t comfortable with each other. So it was kind of hard. But I think that helped break the ice between us. Gradually, we became comfortable with each other." (Don't Miss: Radhika Merchant's Unseen Childhood Picture Reminds Us Of Good Old Days, Amazes Us With Innocence)

Well, we cannot wait to see Shantanu and Nityaami's sizzling chemistry on the floor of Nach Baliye!