Abhishek Bachchan recalled how during the shoot of 'Players' in New Zealand, Aishwarya Rai Bachchan had flown down there on his birthday and they had danced on the streets!

It has almost been one-and-a-half-decade since Abhishek Bachchan and Aishwarya Rai Bachchan had fallen for one another and thirteen years since they have tied the knot, their chemistry, love, understanding and the spark between them is still young as ever. Abhishek Bachchan and Aishwarya Rai Bachchan have not just shelled out #CoupleGoals but have also epitomised the value of love and family, making for one graceful companionship! (Recommended Read: Karisma Kapoor's Girl Gang, Malaika Arora And Amrita Arora Wish Her With Loads Of Throwback Pictures)

As they say, love might grow old, but the anecdotes of love always remain fresh which give you a feeling of utter delight, even if it's someone else's love story. Beauty personified, Aishwarya Rai Bachchan, who had single-handedly made India stand out in the world in the field of cinema, and one of the finest actors, Abhishek Bachchan are a jodi, whose fate was decided long ago! Their love story is what people remember and cherish. So, look alive all the Aish-Abhi fans, as we've brought to you one such anecdote of Abhishek Bachchan, Aishwary Rai Bachchan's love story! 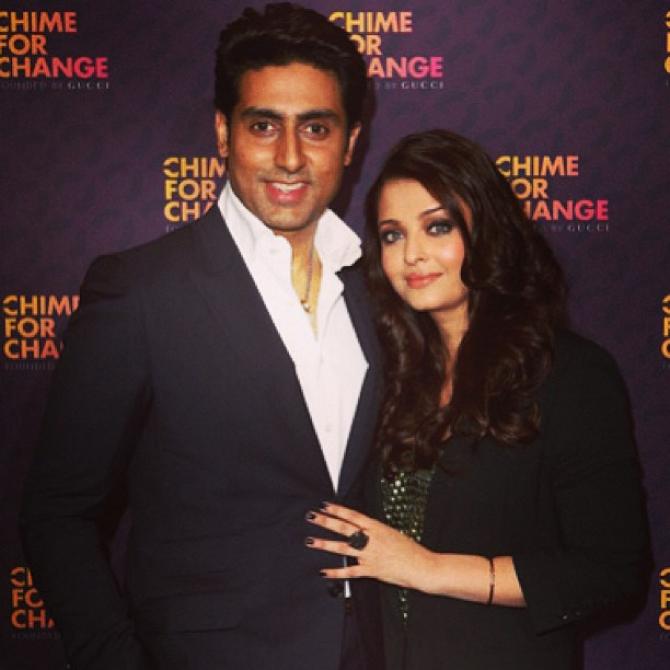 Recalling his 20-year-long journey, Abhishek posted a video and penned a long caption on his Instagram handle, in which he recalled how during the shoot of Players in New Zealand, Aishwarya had flown down there on his birthday. Excerpts of his caption can be read as "I remember it was my birthday and @aishwaryaraibachchan_arb had flown down to be with me. The same evening New Zealand had also won the “Rugby 7’s” tournament in Wellington. Needless to say it was a memorable night. Everybody was on the streets in celebration. It was amazing. In the middle of all this chaos. We all managed to bump into another desi there who was playing the dhol. You can imagine what we all did after that. Wellington was jamming to the beats of the dhol and the streets were filled with New Zealander’s dancing the Bhangra thanks to the “players”." Check out the video below:

In another one of his #RoadTo20 video, Abhishek Bachchan had reflected how 2006 was a special year, as working with Aishwarya Rai in Umrao Jaan, his third film with her, had made him realise that she was the one for him. Revealing the same, Abhishek had written, "#RoadTo20 Year-2006 #KabhieAlvidaNaKehna #UmraoJaan #Dhoom2 All three films hold a very special place in my heart. KANK was my first collaboration with @iamsrk @karanjohar and @realpz My third with @amitabhbachchan and my fourth with Rani. All dear friends and colleagues I’ve learnt so much from. Umrao Jaan was my third film with JP saab and my third too with @aishwaryaraibachchan_arb and @suniel.shetty." (Also Read: Kareena Kapoor Khan Posts Unseen Maasi-Nephew Moments Of Karisma Kapoor With Taimur Ali Khan [VIDEO])

In an old throwback video of  The Kapil Sharma Show, Aishwarya Rai Bachchan had revealed who apologies first, after a fight between her and husband, Abhishek Bachchan. Kapil Sharma had asked her if she and Abhishek have small fights as well? To which, she had replied, "Yes it happens." Kapil had then asked her, "Who is the one who apologises first?" On this, Aishwarya had started laughing, and Navjot Singh Sidhu had interrupted adding that what kind of question is this? It is obvious that Abhishek would be the one who must be saying sorry first. On this Ash had quickly responded, "No. I am the one who apologises first and finishes the topic." (You May Also Like: Richa Chadha Shares Her Beau, Ali Fazal's Childhood Picture And It Is All About Love And Goals)