After your elder sister gets married, everyone eagerly awaits to see when you will be the one to follow suit and things are no different with our favourite Bollywood sister duos as well. Speaking about the Chopra sisters in here, Priyanka Chopra got married to her American singer-songwriter beau, Nick Jonas in a grand Udaipur wedding in December 2018. Her cousin sister, Parineeti Chopra, had a prominent role at the Nickyanka ki shaadi. (Do Read: Unseen Picture Of Isha Ambani Piramal And Anand Piramal Post Their Marriage Is Cuteness Overflowing)

From discussing joota-chupai plans with jiju, Nick Jonas, months in advance to performing at their sangeet, Parineeti Chopra was totally having the most of her choti behen time at her Mimi didi’s wedding! Donning a grey Sabyasachi lehenga-choli, Parineeti looked amazingly beautiful. Captioning her close-up from Priyanka Chopra and Nick Jonas’ wedding, this is what the Kesari actress wrote, “Royal for the royal wedding.” 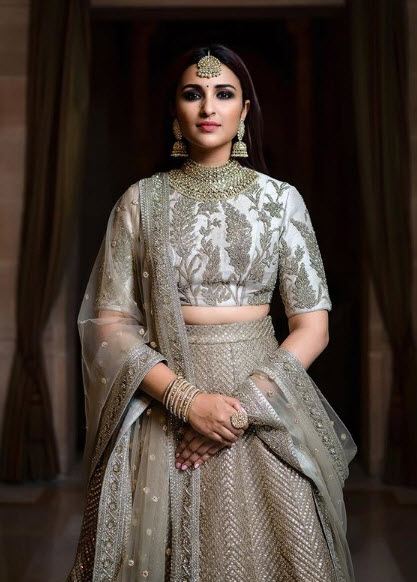 So beautiful, right? In a recent group interaction with Parineeti Chopra, the actress was asked if her sister, Priyanka Chopra’s grand wedding has inspired her to get married anytime soon. To which she replied, “Usne khud 36 pe shaadi ki hai! Usne jaise badi jaldi kar li. Mere paas abhi 6 saal hai at least (As if she tied the knot in a hurry! She got married at the age of 36. I have at least six years to go)." Her contemporaries too, are steadily heading towards marriage. Speaking about the same and revealing her marriage plans, Parineeti Chopra revealed, “Toh unse mera kya lena dena yaar? Woh kare jo karna hai unko. (What has that to do with my life? They can do whatever they want). Currently, I have no plans, I don't think so! If I get married ever in life, then it has to be when I'm ready for it, which is not today. I'm not thinking about all that today." 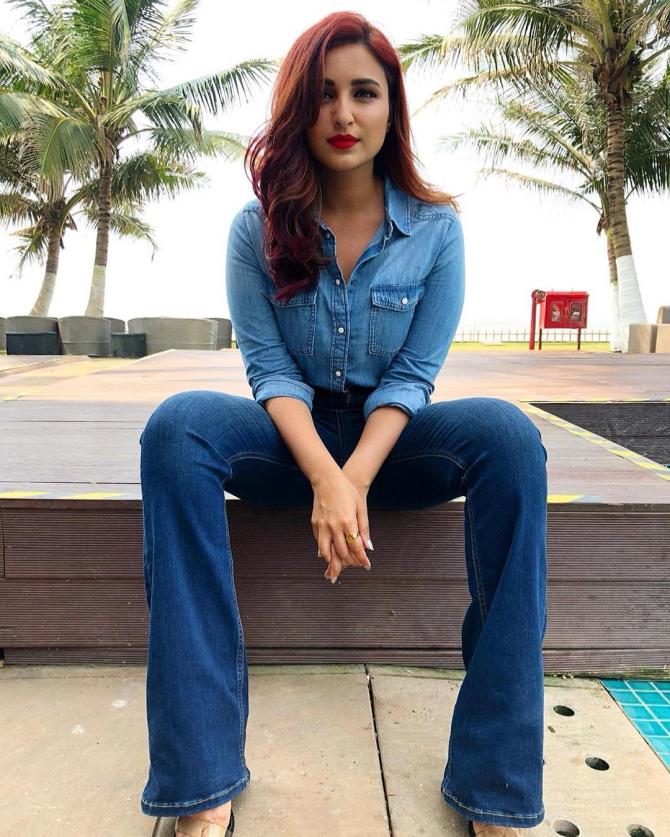 Parineeti Chopra also explained how ‘cool’ is the Chopra family when it comes to marriage, “The family of Chopras na, they are very cool family. If you ever meet my family, hypothetically, you will see that they are actually a family of achievers. They get so busy with their work. Like even my eldest cousin is not married. Mimi Didi (Priyanka) is actually the first girl and the eldest girl to get married in our family. I have 14 cousins, only two are married. And all of us are in their 30s, nobody's married. So that's the kind of family we are!" (Must Read: Salman Khan's Sweetest Gesture For Preity Zinta's Hubby Gene Goodenough On His Birthday)

For the uninitiated, a few months back, Parineeti Chopra was rumoured to be dating her friend, Charit Desai. However, in an interaction with Hindustan Times, the Ishaqzaade star refuted all such linkup rumours and stated, “While it's a little funny because a month or two back, my best friend, Sanjana and I had gone to Dubai and when I came back, they linked me with her. There was an article about me and Sanjana saying, 'Are they more than friends?' Now, a month or so later, this has come out." Coming back to Parineeti Chopra making the most at Priyanka Chopra’s wedding and pre-wedding functions, on December 02, 2018, the doting sister posted a beautiful picture from the former’s mehendi ceremony and wrote, “THE MEHNDI. The job of us bridesmaids was to make sure the bride was happy and comfortable at all times. But we didn’t have to worry about it - coz Nick promised to do it all his life. Welcome to the family Nick jiju!! Im so so happy that the Jonas and Chopra family are now united!!!” 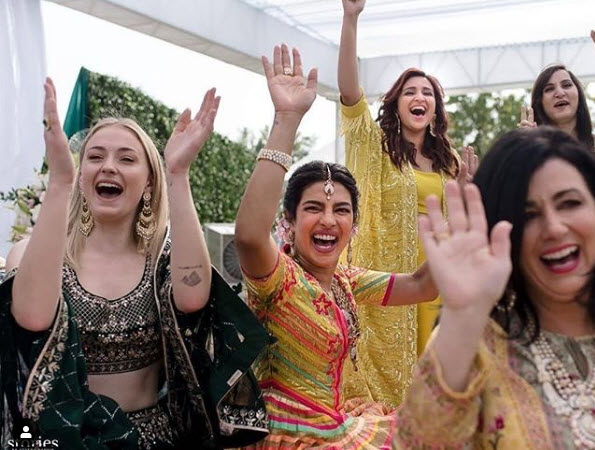 About their super-filmy sangeet ceremony, Parineeti Chopra shared a beautiful picture of all the guests letting their hair down and wrote, “For our SANGEET, the Chopra family decided to depict Mimi didi and Nick’s love story though songs, scenes and skit - full bollywood style!!! The whole family rehearsed for days and days. And were ready to beat the Jonas side hollow!!! But when the ladka wallas came on stage, they stumped us. They had been rehearsing for a long time. They sang and danced LIVE, including lip syncing hindi songs!!!!!! Damn, we should have known. All of this - but the spirit of competition was overpowered with love, happiness, laughs, whistles, cheering and noise!!! Wow wow wow. WHAT A NIGHT. P.S. We shared the trophy.” Here is the picture: 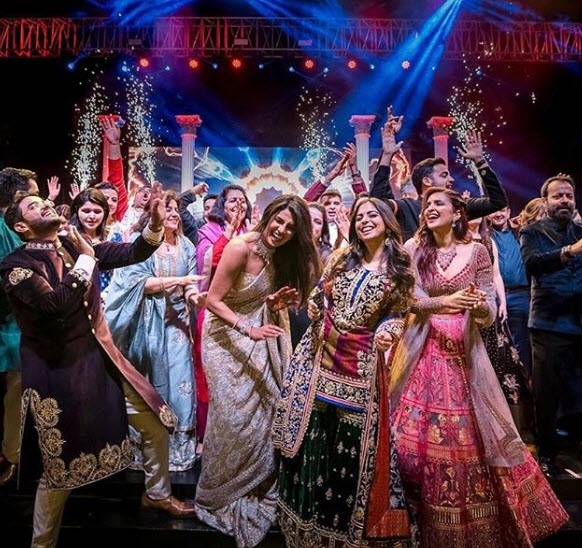 At Priyanka Chopra and Nick Jonas’ roka ceremony held on August 18, 2018, Parineeti Chopra shared a beautiful, all-huggie picture with her Mimi didi and wrote a heartfelt message for her. The same could be read as, “Today I witnessed magic and a fairytale ... When we were kids, mimi didi and I used to play “ghar ghar”. We would pretend to be shy brides, have imaginary children, and serve tea to our husbands! Cheesy, but its because we always believed in the magic of love and hoped we would both find that perfect man for us one day!! Today there was no pretending. I cant think of a more a perfect man for her. Like I said this morning, there are two ways of judging a human being. One - travel with them, and two, eat with them. Nick, I have done both with you. And so I know you’re perfect for her!! Love her, because she loves you like mad! Protect her, because shes strong, but a soft soul inside. I love you both and wish you all the happiness forever!!!!! HAPPY ROKA AND FUTURE WEDDING!! @priyankachopra @nickjonas.” (Also Read: Arbaaz Khan Shares Son Arhaan Is Always In Contact With Him Post His Divorce With Malaika Arora) Isn’t it amazing? Guys, given a choice, who do you think from Bollywood will make for a suitable pair for Parineeti Chopra? Keep us posted!