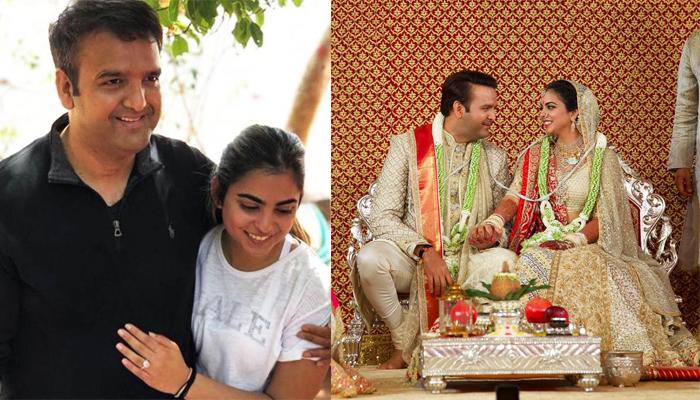 Mukesh Ambani and Nita Ambani’s daughter, Isha Ambani got married to Anand Piramal and became Isha Ambani Piramal on December 12, 2018. After a series of mesmerising pre-wedding festivities in Udaipur, Rajasthan, Isha and Anand became each other’s forever in Mumbai at the famous Ambani residence, Antilia. Earlier, they had gotten engaged at Lake Como, Italy, during a three-day affair starting from September 21, 2018, till September 23, 2018. (You May Like: Hrithik Roshan And Sussanne Khan On Movie Date Along With Sons Hridhaan-Hrehaan, Pics Inside)

While we still sometimes go back to Isha and Anand’s wedding pictures and videos, we also often stumble upon their unseen snaps from their wedding and post that. And we have brought to you an unseen picture of Isha Ambani Piramal and Anand Piramal post their marriage. In what is appearing to be a postcard click, Anand and Isha are looking so head-over-heels in love with each other. Take a look: 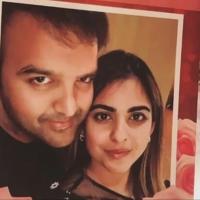 For those who have been living under the rocks, Anand Piramal is the son of an Indian industrialist, philanthropist and social entrepreneur, Ajay Piramal. Anand Piramal’s father Ajay Piramal, is the Chairman of the Piramal Group, a conglomerate with interests in financial services, healthcare analytics, pharma, glass packaging along with many others. 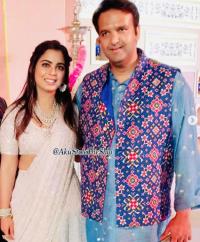 Isha Ambani Piramal, in a candid interview, that she gave to the Vogue India post her wedding, shared about her life as a married woman and her career. Vogue India had shared the following snap of Isha on their Instagram handle and captioned it as, “She’s born to a fabled last name. But this modern-day heiress is determined to create her own legacy. Girl-to-watch Isha Ambani Piramal (@_iiishmagish) talks to Vogue India editor-in-chief Priya Tanna (@priya_tanna) about work, life and the future, and why, for her, India is at the heart of it all.” (Also Read: Neha Kakkar Regrets Breaking Up With Her Ex Himansh Kohli On Social Media And Calls It A 'Mistake') 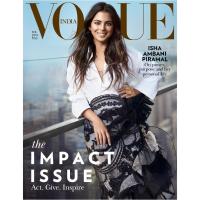 Talking about her wedding, Isha was quoted as saying, “The wedding went off beautifully. Like any other bride, I had my share of bridal jitters but getting married at home made it very special and I had the time of my life celebrating my most memorable moments with all the people I love.” 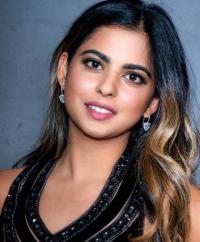 Isha was also asked about the things where Anand and she differ. Isha had shared, “He hates attending events, I enjoy them. I really enjoyed our wedding, but it was not exactly his idea of fun (laughs). He’s more spiritual than I am. But we are also very similar. We are both very family-oriented, and we both love food. I remember in one of the speeches that my father gave at my wedding, he listed ten reasons why he liked Anand. It was hilarious, and dad concluded by saying that these are probably the same ten things that he would also use to describe himself. And it’s true; in many ways Anand reminds me of my father.” 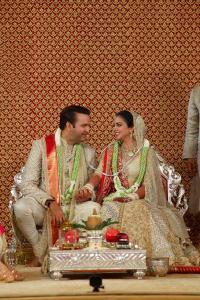 On being asked if her work-life routine has changed at all after marriage, Isha had replied, “Last night, we had dinner, and then from 11pm to 3am Anand had a meeting in his office. So, I don’t think his life has changed, and neither has mine. At this stage, work is a priority for both of us. And luckily, our parents understand that. Fortunately, the family I was born into and the family I married into have the same work ethic- every member of both families knows the importance of work.” 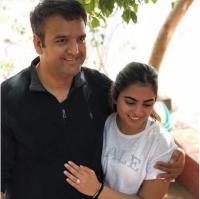 Was Isha herself a part of the preparation process of her wedding? She had answered this and said, "During the wedding my mom was CEO and I was chairperson. She and dad did all the hard work. Thankfully, we ended up liking the same things, so that made it a breeze. I didn’t go to a single wedding meeting. I was never someone who dreamt of how my wedding would be, yet it was wonderful in more ways than I can imagine. It was a very emotional affair for everyone in my family. I was emotional too but everyone around me would cry all the time. I only cried at my bidaai because I felt some peer pressure as everyone else was crying, especially my parents." (Suggested Read: Akash Ambani's Reaction On Seeing Shloka Mehta Walking Down The Aisle As Bride Is Priceless [VIDEO]) 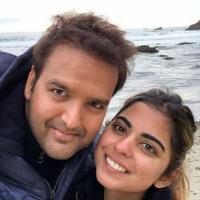 Isha Ambani And Anand Piramal's House, 'Gulita' Is Worth 450 Crores, Interiors Are Breathtaking A home is where 'love' and 'dream' join together and where 'today' and 'tomorrow' become 'forever'. Accept it, we have all dreamt of having a beautiful home with the love of our life and with little people running around it that are half you and half the person you love. And while