There is nothing new about the two people falling for each other while they are working together. And if it’s a budding relationship in the industry, hiding it becomes out of the question. There are rumours that apparently this famous couple from the television fraternity is dating and joining the 'couples' bandwagon is none other than, mythological series Vighnaharta Ganesha fame, Akanksha Puri and TV actor, Paras Chhabrra. 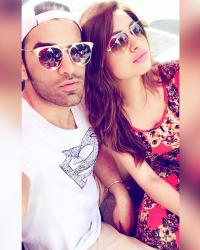 As per the sources, the two met via a mutual friend a few months ago. They got together well and soon their bond started getting stronger. If the rumours are to be believed, the duo has just started dating each other and is in the phase of knowing each other better. 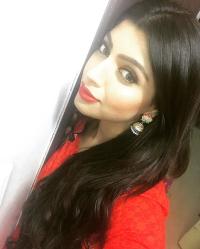 To confirm the news, TellyChakkar.com contacted the couple and when asked to Akanksha, she laughed and said:

“Paras is a good company. I have only a few friends in Mumbai and he is just one of them. Frankly, I’m not ready for a relationship as of now. I’m focusing on my career and this great show that I’m working on.” 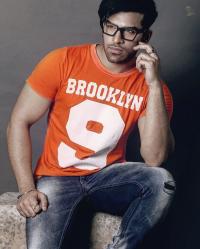 And when asked to the actor, Paras retorted:

“We are good friends. Both of us are not social at all, we met through a mutual friend and we just clicked. Akanksha and I are just so similar. Our families are so similar. We both are non-alcoholic, non-smoker, not party animals, so we clicked instantly.”

Going further, when asked about if they have already started dating, the Splitsvilla winner fame, Paras was quoted as saying:

“If going for movies once or twice is called going out on dates, then I don’t know what to say. We are currently focusing on our respective careers.” 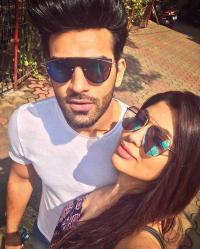 Suggested Read: Taimur Gets The Most Special Gift On His First Birthday, And Its Not Toys Or Gadgets

Being more inquisitive, when dug more and asked, Paras expressed his feelings and described it as ‘more than friendship’. He said:

“Honestly there’s nothing as of now. We are in the process of knowing each other. Maybe in the future! About the feelings, yeah you can say that it is something that is little more than friendship.”

We also stumbled upon Akanksha's Instagram picture and seems like the couple went together to visit a temple in Indore together. Check out the picture here: 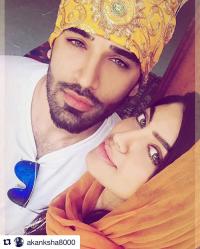 And she captioned it as:

"People who shine from within don't need the spotlight."

You May Like: Watch Aaradhya Ignore Her Mom Aishwarya's Dance Request To Shake Leg With Aamir's Son Azad

Now we are still in a dilemma as the actor confessed being just friends on one hand and on the other hand, he mentioned the feelings to be more than friendship. Whatever it is, they both do make a lovely couple together, complementing each other. All you guys, stay tuned with us to know more updates on Paras-Akanksha love story.