With allegations and fights, this season of 'BB' is living upto the expectation of the viewers. In an interview, Sheafli Jariwala's husband, Parag Tyagi talks about his displeasure with Paras Chhabra. 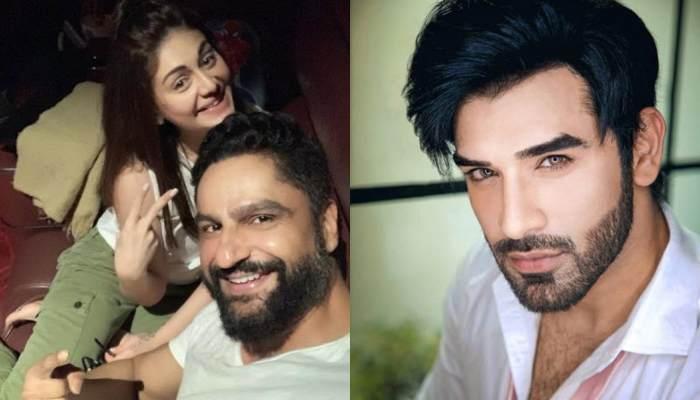 Bigg Boss Ka Hai Game Life Is Not The Same – Indeed, life does not remain same in the Bigg Boss house. The show which is living up to the expectation of its viewers is turning masaala-daar with every passing day. With the changing relationship statuses to never-ending fights, the BB 13 house is turning into a war zone. This week, host, Salman Khan roasted Asim Riaz and Sidharth Shukla on weekend ka vaar over their alleged fights. He also confronted Himanshi Khurana for getting physical with Shehnaaz Gill and pushing the latter without any reason. (Also Read: Neha Kakkar Enjoys Her Friend's Birthday Bash With Rumored Boyfriend, Vibhor Parashar)

BB house is known for its changing relationship statuses among the contestants. In season 13 of Bigg Boss, once a best friend turns into an enemy within no time. The biggest example of the same is the relationship between Asim Riaz and Sidharth Shukla who were once considered Ram and Laxman of the show, now can’t stand each other. The friendship between the two was seen hitting the rock bottom with their constant fights and arguments. Their recent fight got so intense that the fellow contestants had to intervene between the two.

Talking about changing relationships reminds us of Asim Riaz sharing a more than comfortable bond with wild card entrant, Himanshi Khurana and it is Asim's good friend, Shefali Jariwala who was seen playing Cupid here. Asim and Shefali share a comfortable bond with each other which was taken in another way by fellow contestant Paras Chhabra. He started linking Shefali with Asim and this didn't go down too well with Shefali’s husband, Parag Tyagi. In an interview with SpotboyE.com, Parag raised his displeasure over the same and revealed that he is very hurt by Paras' comments and said that character assassination is the easiest thing one can do.

He further said that Paras has referred him as a brother since the two did a show together and his comments on Shefali were very hurtful. He also said, “I really pity him, especially when I see the way he's trying so hard to get close to every girl. Except Mahira nobody is giving him time and attention.” He further retorted that he feels bad for Paras' girlfriend, Akanksha Puri who trusts him blindly. When asked whether he will confront Paras, he replied, “Of course. I am Shefali's husband and it's my duty. Above all, as I said, I am very hurt- but yes, initially I was angry too.” He further said, “Seriously, bhagwan usko buddhi de. He can go to any extent. Gandagi phaila raha hai. Even Salman has criticised him. I don't think he'll go too far in the game.” (Also Read: Oops, Deepika Padukone Accidentally Reveals Alia Bhatt And Ranbir Singh's Marriage Plans?) 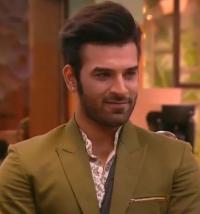 In an exclusive interview with BollywoodLife.com, Shefali’s husband, Parag had talked about his wife and Sidharth Shukla's past relationship. When asked whether Shefali and Sidharth staying together in the house bothered him, he had replied, "No, Shefali has been very honest with me about her past. We know all about each other. There is no insecurity. And the thought that she will be locked in the same house as he did not cross my mind ever. It does not affect me. Whatever was between them was 15 years ago. Some people wrongly reported it as they were dating in 2009, which is not true. We totally trust each other and there is no chance of secrets stumbling out on the show." 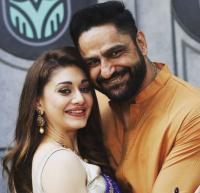 It was on August 12, 2019, when Shefali Jariwala and Parag Tyagi had completed 5 years of marital bliss. In a heartfelt post and picture posted by Parag, he had stated, “Wifey isn’t a girl who parties, shops and makes out with you whenever. A wifey is a woman that motivates you and makes sure You are not slipping in life...Thank you my love @shefalijariwala for never letting me slip in my life, always motivating me & standing by me like a rock through good times and bad, through sickness and health. Happy 5th anniversary my life & 9 blissful years of togetherness, Love you Pari.” (Also Read: Shilpa Shetty's Son Viaan's 'Mere Paas Maa Hain' Dialogue Proves That Filmygiri Runs In His Blood) 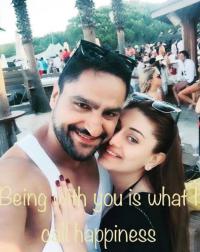 Well, let's wait and watch what else is in store for Bigg Boss fans!