Apart from her singing spree, Neha Kakkar has been grabbing the limelight for her personal life. Recently, she was spotted attending a friend’s birthday bash with rumoured beau, Vibhor Parashar. 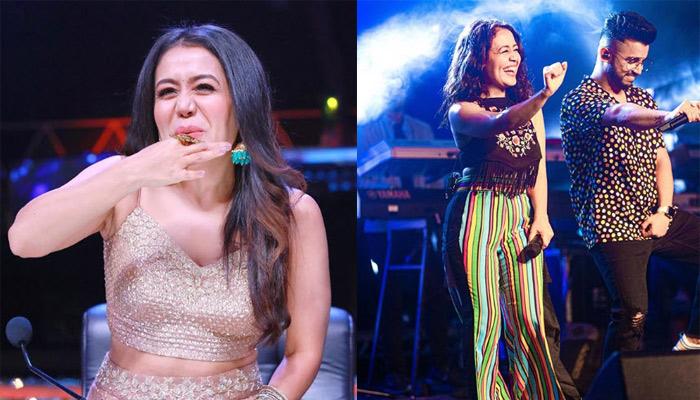 It gets difficult for a person to fall in love again after an unsuccessful relationship. Walking on those same paths alone, where you have once walked with your special someone becomes difficult for you. Ending a long relationship and coping up with your life takes a toll on you and you try to avoid all the romantic things and keep yourself away from all the love angels. But if you are a celebrity, it is even more difficult for you to bring your life back on track and enjoy the moments with your friends and close ones. The same thing has happened with Bollywood’s Ankh Marey singer, Neha Kakkar. (Recommended Read: Oops, Deepika Padukone Accidentally Reveals Alia Bhatt And Ranbir Singh's Marriage Plans?)

From Ankh Marey, Coca Cola tu, Nikle Current to Kala Chasma, Neha Kakkar is climbing the success ladder with every song of hers. She is considered as one of the best female lead singers of the glamour world. Her songs are perfect for every occasion and stay in our heart for long. But more than her blockbuster songs, it’s her personal life that has been in the limelight recently. Neha is rumoured to be dating Indian Idol 10 contestant, Vibhor Parashar. Though the duo has always denied any such rumour and speculation, their camaraderie is enough to spark the fire. Their outings, stage shows, and off-stage chemistry have given enough proofs that the duo share an amicable bond with each other.

On November 25, 2019, it was Yeh Rishta Kya Kehlata Hai fame, Raghav Sharma’s birthday and to make it special, his industry friends have wished him and partied with him at his humble abode. The bash was attended by many celebs like Neha Kakkar, Tony Kakkar, Prince Narula, Yuvika Chaudhary and many more. Internet was flooded with his celebration pictures and while scrolling through the pictures, we stumbled upon one particular picture which caught our attention. In the picture, we could see Neha comfortably posing with her rumoured boyfriend, Vibhor Parashar. Neha took to her Insta stories and reposted a picture with his friends and Vibhor and it was captioned as “Family.” Here are the pictures for you:

This is not the first time that we have spotted Vibhor Parashar accompanying Neha Kakkar at functions and events. In October 2019, it was celebrity wedding photographer, Deepika Sharma’s wedding and being her friend, Neha had attended the wedding as a bridesmaid. On October 17, 2019, Deepika had taken to her Instagram and had shared pictures from her phera ceremony. In the pictures, Neha’s bright smile and joyfulness had stolen the show and more than her presence, it was her companion who caught our attention. Neha had attended the wedding ceremony with Vibhor. (Suggested Read: Shilpa Shetty's Son Viaan's 'Mere Paas Maa Hain' Dialogue Proves That Filmygiri Runs In His Blood)

Neha Kakkar and Vibhor Parashar had met each other on the sets of the singing reality show, Indian Idol 10. Neha was judging the show and Vibhor was one of the contestants. In an interview with BollywoodLife, Vibhor had poured his heart out about his and Neha's relationship, and how people are tagging her as his girlfriend. Vibhor had said, "You should take it as a rumour. People have shit mentality. If someone is helping you build your career, it is because they see some talent in you. Just because I don’t tag her as didi (sister) on Instagram, everyone starts thinking that she is my girlfriend."

Vibhor had further added, “I'm Vibhor Parashar because of her. I really respect her, and people know me because of her and obviously, also because of my hard work. So, I don't even feel like responding to these rumours. Mera dimaag kharab hota hai when I hear these things (I get irritated when I hear these things). People don't understand that this negativity might hamper someone's mentality. She has worked quite hard and today she is above all the Khans. So, this is totally wrong.” 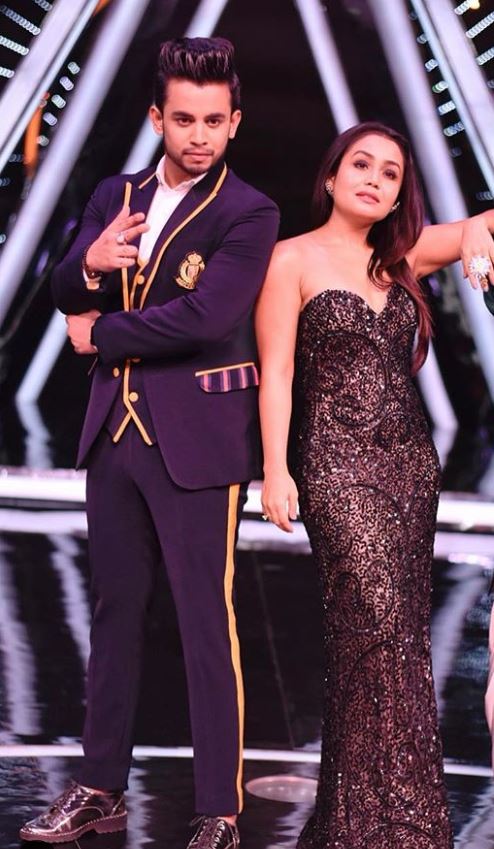 Despite Vibhor’s clarification about their relationship, the rumours didn’t seem to have faded and later it was Neha who took to her Instagram to clear the rumours. She had taken to Instagram stories and had written, “While I’m writing this, I’m not in a good condition. Neither physically, nor mentally. But I had to speak up. You know, they don’t realise that I’m a daughter/sister of somebody. I’ve worked so hard all my life and made sure that I make my family proud and do good with everyone who’re not even my family/friends. Why do they spread rumours without even thinking how badly it’ll affect somebody’s life. Even if she’s a celebrity, she’s a human being first! Stop being so heartless. Stop talking about somebody’s personal life or character. Stop judging. Stop embarrassing people. Don’t do so much that they get depressed. If you are a father or brother of somebody, will you do that to your daughter/sister? Stop making anybody feel so bad that they start thinking of ending their life. Please! Stop!!” (Do Read: Aayush Sharma Rests His Head On Preggy, Arpita Khan's Baby Bump, Calls Her 'Grumpy Mumma Bear') 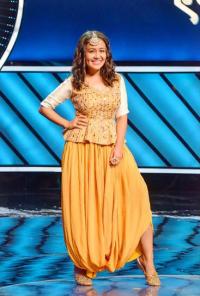 No matter what the rumours and speculations are, we love Neha Kakkar and Vibhor Parashar’s chemistry!