Wait, what? Did Deepika Padukone accidentally reveal Alia Bhatt and Ranbir Kapoor's marriage plans? Scroll down as she opens up! 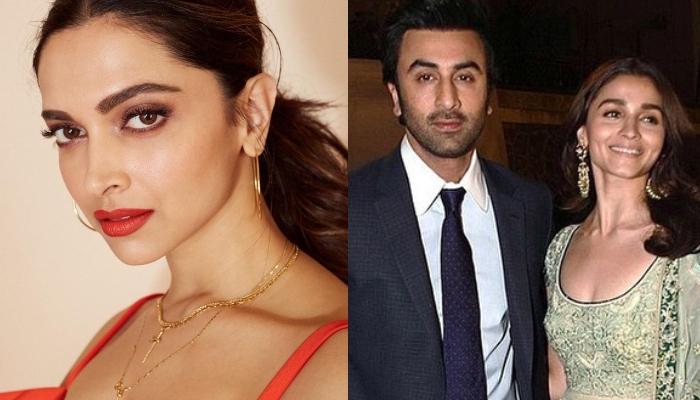 Weddings in India are not just a fairytale affair but rather it is the most hyped occasion that is celebrated as the biggest festival. After all, everyone wants to make it a memorable day that is remembered as the biggest celebration of love with family and friends. When we hear wedding bells, our eyes are set on the Tinseltown as we get to witness the most magical weddings of the year. And looks like we are going to be part of Alia Bhatt and Ranbir Kapoor's grand wedding soon. (Recommend Read: Shilpa Shetty's Son Viaan's 'Mere Paas Maa Hain' Dialogue Proves That Filmygiri Runs In His Blood)

Before we take you further into the story, let us take a quick recap of B-town's adorable couple's love story. In the year 2014 when Alia had made a debut on the celebrity chat show, Koffee with Karan, she had kept on talking about her crush, Ranbir. And on the same show, she had accepted that she wanted to marry Ranbir. And that's when the entire universe listened to Alia and made them fall in love with each other. Ever since they started dating, the news of their marriage has been doing the rounds in the media and now, it has been accidentally confirmed by Alia Bhatt's close friend, Deepika Padukone. Wait, What?

Yes, in a recent chat show, hosted by Anupama Chopra, Deepika mistakenly spilled the beans on Alia's wedding plans. When Vijay Devarakonda was asked about which actor he would like to take advice from, he confessed to having ‘massive crushes’ on Deepika and Alia. Further pointing at Deepika, he said that she got married. To which, Deepika stated that even Alia's getting married and to this Alia immediately replied, “Excuse me! Why have you made this declaration?” However, Deepika covered it up by saying that she had just made this up.

Earlier, in an interview with the Hindustan Times, Alia had cleared the air surrounding her rumoured marriage, and had said, "Not at all! I feel it’s all unnecessary chatter. You have to understand that personal life is called ‘personal’ for a reason. In fact, that’s why not many speak up about their relationships. The minute you say anything, there are random pieces of news including my supposed marriage." (Also Read: Aayush Sharma Rests His Head On Preggy, Arpita Khan's Baby Bump, Calls Her 'Grumpy Mumma Bear')

She had further added, “It has even reached my fans. So, sometimes, when I interact with them on social media, they also ask me when I am getting married. And I am like, ‘why are you asking me this? Have I said anything? Have I given a feeler?’ No. Since it has been a “season of marriages”, everyone expects that I might also do the same."

In an interview with the Bombay Times, Alia had talked about her beautiful relationship with Ranbir and how it has grown over time. She had shared, "It’s not a relationship. It’s a friendship. I’m saying this with all genuineness and honesty. It’s beautiful. I’m walking on stars and clouds right now. The best part is that we’re two individuals who are living our own professional lives in its full form right now. He’s shooting continuously. So am I. It’s not a situation where you’ll see us constantly together. That’s the true mark of a comfortable relationship. Nazar na lage." (Don't Miss: Rumoured Couple, Vicky Kaushal And Katrina Kaif Are All Set To Ring New Year 2020 Together?)

Well, now we are excited to see Alia as a bride! What about you?