No Wedding Cards For Sonam Kapoor And Anand Ahuja, Details Inside!

No Wedding Cards For Sonam Kapoor And Anand Ahuja, Details Inside! Veere Di Wedding actress, Sonam Kapoor and her long-time beau, Anand Ahuja’s upcoming wedding is the talk of the tinsel town these days. The reports around their marriage started doing rounds when a source told a leading daily that Sonam and Anand would tie the nuptial knot in Jodhpur, Rajasthan. Since then, every day there is some news or the other regarding the same. (Also Read: Taimur Ali Khan Is All Sleepy And Cranky After School, Even He Can't Help The Mid-Week Blues)

The latest buzz as per a report in the Bollywood Life is that there would actually be no wedding cards for Sonam and Anand. Don’t get us wrong. We didn’t say ‘no wedding on cards’, we said ‘no wedding cards’. What we simply mean is ‘save the paper’. The report quotes a source saying, “Both Sonam and Anand believe in paper conservation. They believe that wedding cards mean a lot of waste of paper. Hence they have asked their families to not print any invitation cards. Instead, they have designed an elegant E-invite together which will be sent to their friends and relatives on their phones.” 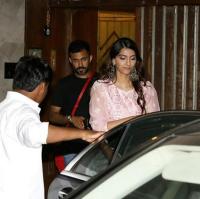 Wow! It seems that our celebs are hell-bent on a spree of environmental conservation. Just yesterday, we brought to you the news of how Milind Soman is planting saplings as a return gift to his wedding guests. And now, it’s Sonam Kapoor and Anand Ahuja saving paper by not printing wedding cards! Well done guys!

The latest media reports suggest that Sonam Kapoor and Anand Ahuja are getting married on May 08, 2018. The wedding shall take place at a heritage bungalow in Mumbai itself.

Recently, there was news that Farah Khan will be choreographing the sangeet ceremony. It was reported, “Rehearsals have kicked off at Anil Kapoor’s Juhu bungalow. The doting dad and mom Sunita will be putting together a special act for the bride-to-be at the sangeet. Sonam’s cousins and extended family have joined in as well for the pre-wedding ceremony. They will perform on her hit songs like the Veere… title track, “Abhi Toh Party Shuru Hui Hai” from the Fawad Khan co-starrer Khoobsurat, the Prem Ratan Dhan Payo title track, and “Dheere Dheere” from her music video with Hrithik Roshan, among others, besides other popular wedding songs.” However, Farah later accidentally confirmed the same in a TV reality show. 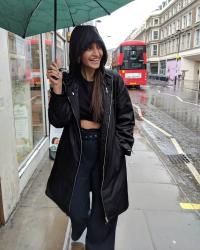 A few days ago, Sonam herself opened up about her thoughts on marriage. She was quoted as saying, “I think the whole idea of a marriage is more appealing to me than a wedding. I think there is too much money spent; it’s all very crass, and I would rather give that money away. I’d rather have a wedding at home than anywhere else. I think it’s important to do all the rituals, but I don’t believe in spending all that money, I find it disgusting and very wasteful, and I’m not okay with that at all.” 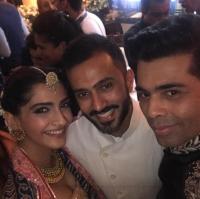 This is amazing! Besides rejoicing to the fact that Sonam and Anand are getting married, we are so happy that they are taking care of the environment too.