Nita Ambani Looks Breathtaking In An Ivory Lehenga, Proves That She Is A 'Forever Beauty'

Nita Ambani Looks Breathtaking In An Ivory Lehenga, Proves That She Is A 'Forever Beauty'

Nita Ambani is an epitome of beauty and her recent ensemble from designer, Tarun Tahiliani's collection proves that she is 'ageing like a fine bottle of wine'. Scroll down take inspiration from her!

In a world full of trends and beauty treatments, there are only a few, who prefer to stay natural. For them, age just becomes another number and they keep on getting younger with a beautiful heart, mind and face. And Asia's richest man, Mukesh Ambani's wife, Nita Ambani is a perfect example of it. She has created a name that speaks history and also a legacy with her philanthropic work. She is one of the board members of Reliance Industries and East India Hotels and actively leads the cricket team, Mumbai Indians, in the Indian Premier League. (Recommend Read: Arpita Khan Sharma's Last Trimester Pregnancy Glow Is Unmissable, Aayush Shares Pictures With Ahil)

Nita ji is not only an important force behind the Ambani empire but she also manages the entire Ambani home. We still remember how she has given fashion inspiration at her son, Akash Ambani and Shloka Mehta's wedding. For the wedding that took place on March 9, 2019, Nita ji had picked a masterpiece from the designer duo, Abu Jani and Sandeep Khosla's collection. Nita ji had looked mesmerising in a beige ghaghra and had teamed her outfit with green-hued jewellery that completed her look. Nita ji's outfit choices prove that she is a 'forever beauty'. Recently, we spotted her donning an ivory lehenga from designer, Tarun Tahiliani's collection. On December 7, 2019, the official Instagram page of the designer shared her pictures, and wrote, "The serene Nita Ambani, patron of all fine Indian art, seen here in an ivory lehenga that is hand embroidered in fine zardozi and crystals with silk thread stitches. The subtly contrasted dupatta is in silk georgette with delicate highlights of crystal and fringe detailing." Take a look at her pictures below: 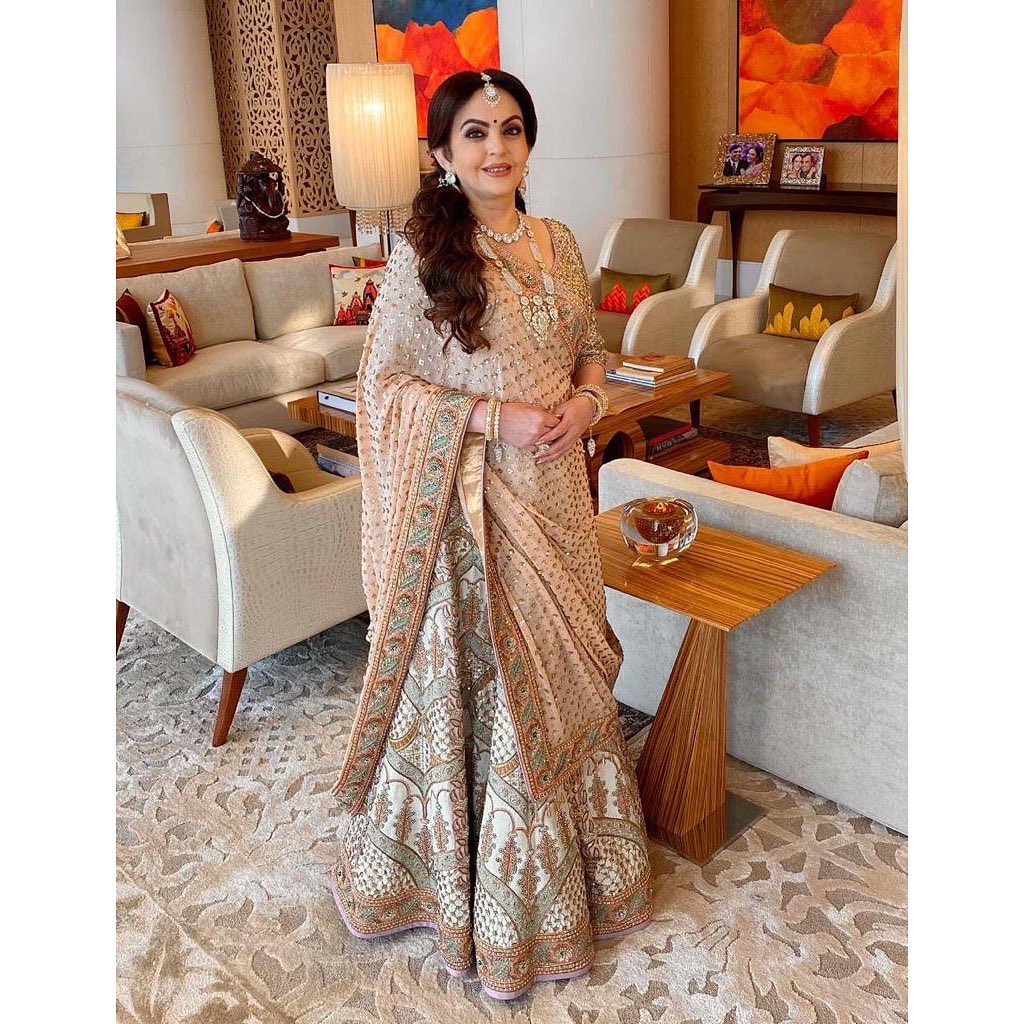 Recently, Nita ji has been featured on the cover of the Femina magazine, wherein she demonstrated her different fashion skills. The official Instagram handle of the magazine shared the pictures from the shoot, and wrote, "Channeling boss lady vibes, our power issue cover star, Nita Ambani, exudes grace, warmth, and power."

Nita ji had tied the knot with Mukesh ji in the year 1985. And she went on to become the first shining lady of the Ambanis, who nurtured her family with love and care. However, in a throwback interview with IDiva, she had revealed about being told that she could never become a mother. She had shared, “Becoming a mother. A few years after I got married, I was told by the doctors that I would never have children. Even when I was in school, I would write long, copious essays titled, ‘When I’ll be a mother…’ Here I was at the age of 23 being told that I would never conceive. I was shattered. However, with the help of Dr Firuza Parikh, who is one of my closest friends, I first conceived my twins!” (Also  Read: Arhaan Khan Had Hidden A Huge Secret From Rashami Desai, Host Salman Khan Reveals The Truth In BB 13) 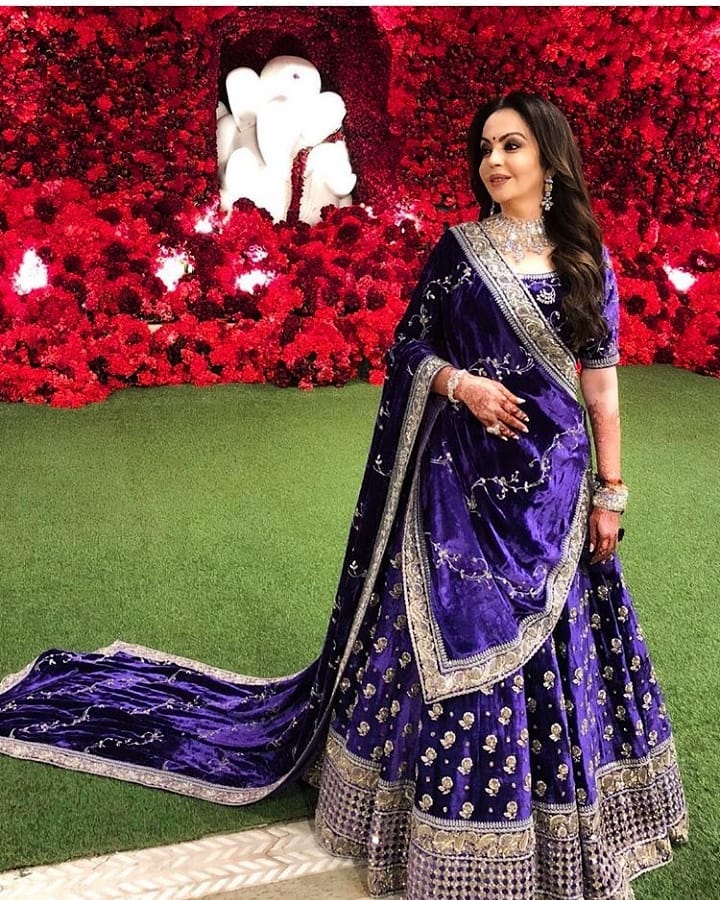 The same report had also stated that Nita ji had a tough pregnancy. She had given birth to twins through surrogacy, two months earlier than the assumed time. However, three years later, God blessed her and she gave birth to her youngest son, Anant Ambani naturally. In a throwback interview with The Times of India, Nita ji had talked about the different roles she has played over the years and had stated, “I have enjoyed every role, but being a mother comes first. I had my children after eight years of marriage. It was a dream come true. I still pinch myself.” 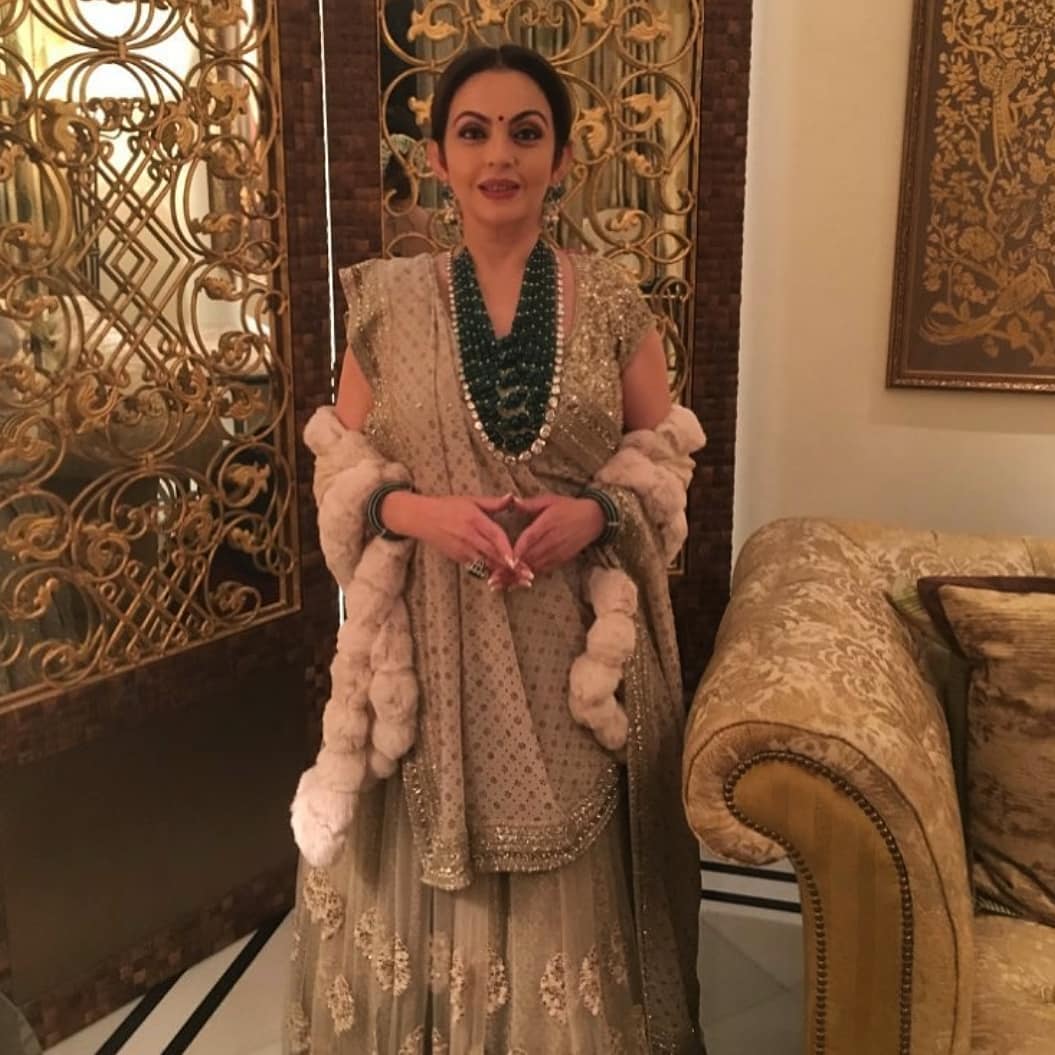 She had further added, “Both Mukesh and I grew up in a middle-class, joint family. There was dea lot of love, compassion, warmth and understanding, but we also had to give up a lot of things. Our children cannot grow far from the values that they grow up seeing. The kids saw us, Mukesh’s parents and my parents, and they imbibed our values. My parents used to stay at Santacruz, and I would take the kids to Churchgate and board a train from there. My mom comes from Ahmedabad, and she used to take them there in the Gujarat Mail train. So they have travelled by local transport, etc. I think it’s important to keep the children grounded. Even now they clean their own rooms. I have kept them out of public life. I don’t like to share my children’s pictures." (Don't Miss: Sania Mirza's Sis, Anam Mirza Enjoys Her Bridal Shower Ahead Of Wedding, Gives Glimpse Of Team Bride)

Well, Nita ji is definitely ageing like a fine wine! What do you think?