Arhaan Khan and Rashami Desai's camaraderie in 'Bigg Boss 13' is loved by all. But a recent promo has shocked all the 'Bigg Boss' fans where host, Salman Khan makes shocking revelations about Arhaan. 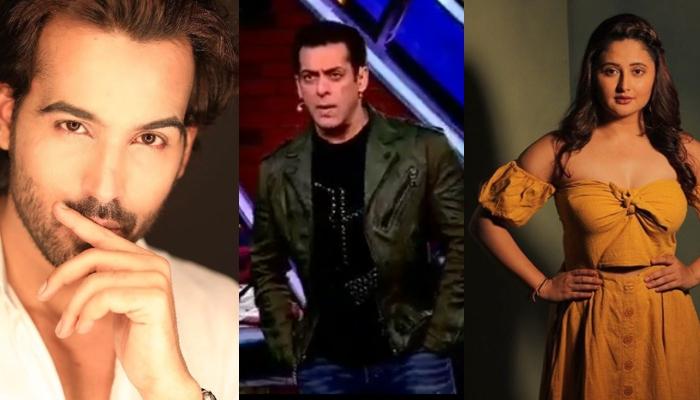 Bigg Boss Ka Hai Game, Life Is Not The Same – Bigg Boss is turning a lot more spicer with every week. With all the twists and turns, the show is all set to break all the records with its high TRPs. By the wild card entry of Madhurima Tuli and the re-entries of controversial queen, Shefali Bagga and Rashami Desai’s rumoured boyfriend, Arhaan Khan made the show even more interesting. With every episode, a lot of controversies, allegations and hidden truths about the contestants are revealed. (Also Read: Ridhi Dogra Reveals If She'll Give Love A Second Chance After Separating With Ex-Hubby, Raqesh Bapat)

When Arhaan Khan had entered the house, the housemates were given the task to ignore the new entries. Arhaan came and had asked Rashami to give him a hug but Rashami had refused because of the task. Soon after, Arhaan had left (for a moment), a sobbing Rashami had hugged Arti Singh. After some moments when Arhaan Khan came back on the show, all Rashami fans had wished Arhaan to say the three magical words and it felt like their prayers were answered quickly. After he had entered, he went down on his knees and had proposed to Rashami and she too, had responded by saying ‘I Love You Too’.

In a recent promo of Weekend Ka Vaar, a very furious Salman Khan was seen taking his anger on Arhaan Khan. He began by confronting Arhaan about the outside world in the BB house and asked Arhaan that who all are there in his family, to which he responded by saying father, mother, sisters, and brother. His statement further irked Salman and he told Rashami about Arhaan’s marriage and child. A shocked Rashami couldn’t believe the truth. Well, the promo has shocked not only Rashami but all the Bigg Boss fans.

In the episode telecasted on December 4, 2019, Shefali Bagga had challenged Arhaan and Rashami’s relationship. She had told them that she is not convinced of their relationship and even told them that they are faking it. Shefali had been talking to Arhaan about his feelings for Rashami and how serious he is about the same. She had further told him if their feelings are genuine then they should get married on the show. Later, when Arhan and Shefali ask Rashami whether she will get married to Arhaan, a nervous Rashami had responded by saying not to bring such topics as it gives jitters. At this point, Shefali had called their relationship fake and challenges them to prove it otherwise. (Also Read: Akanksha Puri Opens Up On Beau, Paras Chhabra's Comment On Their Tattoo And Their Relationship)

After Arhaan’s eviction from the house, in an interview with the Bombay Times, he had confessed his feelings for Rashami. He had also stated that he wanted to go back inside the BB house, only to propose Rashami for marriage. Arhaan Khan, during the same interview, was quoted as saying, “Rashami was my best friend and I got to know her better while staying inside the house and my feelings towards her changed. I felt attracted to her inside the house. Unki taraf se bhi jo gestures the toh cheezein kaafi change hone wali thi. Unfortunately, that didn’t happen. She was shocked and cried a lot when I was leaving the house.”

Since Arhaan had gotten out of the house, there were reports stating Arhaan confessing his feelings for Rashami were just his gimmick to re-enter the house. Talking on the same lines, in an interview with The Times of India, Arhaan had cleared the air. Arhaan had denied the allegations revealed that post his eviction, he started feeling a vacuum and talked about missing Rashami. He also stated that during his last days in the house, he became close to Rashami and revealed that it was Rashami’s loving and caring nature which had made their bond strong. (Also Read: Esha Deol And Daughter, Radhya Have Already Begun Their Christmas Celebration, Posts Pic Of Tree)

Well, let's wait and watch what is in store for all the Bigg Boss fans!