Anam Mirza is all geared up with her marriage preparations. On December 7, 2019, Anam took to her Instagram handle and shared beautiful pictures from her pre-wedding bash. Take a look. 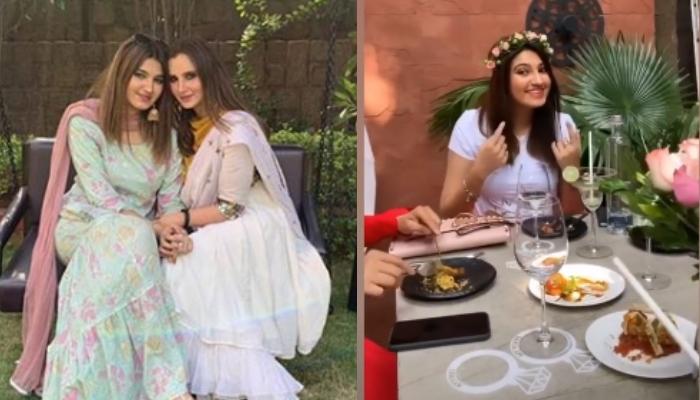 Ever since childhood, a girl dreams of her wedding and starts thinking about the most awaited day of her life. From buying the best outfit for her wedding to selecting the best photographer to capture her candid moments, a girl literally lives all the happy moments of her wedding. Thinking of leaving her humble abode and starting a new life in a new house gives jitters to her. The emotions of a to-be bride are something every girl could relate to. All she thinks of is having a perfect life with her partner. (Also Read: Arhaan Khan Had Hidden A Huge Secret From Rashami Desai, Host Salman Khan Reveals The Truth In BB 13)

The countdown of Sania Mirza’s sister, Anam Mirza’s marriage has started. The beautiful Anam is all set to tie the knot with her long-time beau, Mohammad Asaduddin. The rumors of Anam’s wedding had been doing rounds from quite some time and in October, her sister, Sania Mirza had confirmed the news of her wedding. Anam and Sania had recently gone to Paris for Anam’s bachelorette and had celebrated the same with their friends.

On December 7, 2019, Anam Mirza took to her Instagram stories and posted beautiful pictures from her pre-wedding bash. Anam was seen having a blast with her sister, Sania and her friends. In one of the images, she looked happy and was dancing while her friends joined her. Anam looked gorgeous in a white top and a pink frilled skirt with charcoal-grey stilettos. She complemented her look with a beautiful tiara adorned with flowers. Take a look at the pictures:

On December 4, 2019, Anam had taken to her Instagram handle and had shared a cute picture of her nephew, Izhaan Mirza Malik. In the picture, we could see little Izhaan holding a wedding signboard which welcomes the guests to Anam and Asad's wedding celebrations. Alongside it, Anam had written, "Welcome to AnsiKoo and Asad Khalus wedding." (Also Read: Akshay Kumar Got A Beating From His Father For Failing 7th Grade, Then Decided He Wants To Be A Hero)

The rumours of Anam’s wedding had been doing rounds for quite a while. It was her sister, Sania who had confirmed Anam’s marriage speculations. In an interview with The Times Of India, she had shared, "She (Anam) is actually getting married in December. We just came back from her bachelorette trip to Paris. We are really excited. She is marrying a lovely boy. His name is Asad and he happens to be the son of Mohammad Azharuddin and we are really excited about it."

Anam was earlier married to Akbar Rasheed and the duo had tied the knot on November 18, 2016, in Hyderabad. But their marriage didn’t work out and the two had parted ways within one-and-a-half years. As per a report of Pinkvilla, a source close to the Mirza family was quoted as saying, "The reason for the split is still unknown but we believe the divorce proceedings have come through. Meanwhile, Anam continues to focus on being the stylist for her sister and running her fashion outlet."

On November 15, 2019, Sania Mirza had celebrated her 33rd birthday with her sister, Anam Mirza, and Anam’s soon-to-be husband, Mohammad Asaduddin in Goa. Asad had taken to his Instagram to wish Sania and had written, “Found a sister in a sister-in-law. Happy Birthday, Api. You’re a perfect example of an amazing sportsperson and an even better human being.” Sania and her mother share the same birth date and Anam had wished them both by posting a family picture. She had captioned it, “Happy birthday to both my lifelines. Baba and I are constantly looking out for you both (clearly) #MyMamma #MyApi.” (Also Read: Mona Singh Is All Set To Tie The Knot With Her Investment Banker Boyfriend, Details Inside)

Well, we are eagerly waiting to see Anam as a bride. 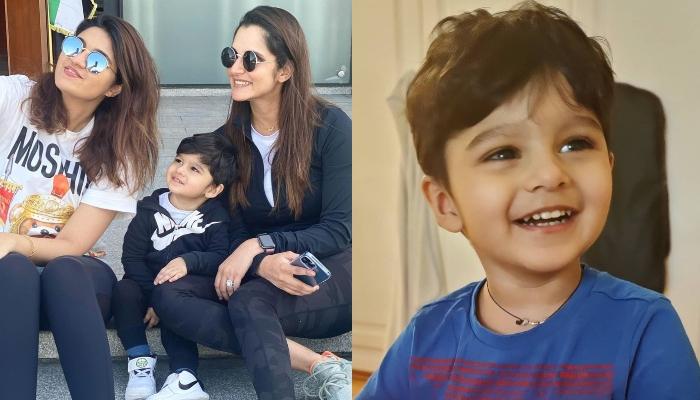 From distant aunties to padoswali chachi, everyone rejoices when they hear the 'good news' of a little baby's arrival. However, the happiest is the maasi, who patiently waits to meet her little niece or nephew for the first time after they arrive in the world. They pledge to shower her niece and nephew with a lot of