An unseen picture of the Ambani clan, including Mukesh Ambani, Nita Ambani, Akash Ambani, Isha Ambani and Anant Ambani is going viral on social media and we love how they are twinning in black! Asia's richest man, Mukesh Ambani and his wife, Nita Ambani are the perfect example of an Indian couple, who likes to work hard and party even harder. The two had an interesting start to their love story and together they have instilled the right values in their children, Akash, Isha and Anant. And while many think, they had an easy start, the family went through their own personal and professional struggles. (Also Read: Isha Ambani's Make-Up Artist Reveals Her Beauty Secrets From Akash Ambani-Shloka Mehta's Engagement)

We still remember the emotional interview of the first lady of the clan, Nita Ambani, wherein, she had share how she wasn't able to conceive. The family believes in the supreme power and celebrate every occasion with oomph. 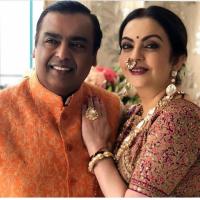 Recently, we got hold of an unseen picture of their family vacation and it will definitely make you nostalgic. In the picture, we can see Nita Ambani and Mukesh Ambani posing with their kids, Akash, Isha and Anant. The entire family wore a matching black t-shirt with blue jeans combo. Take a look at it below:

In an interview with the Hindustan Times, Nita had shared that she wants her children to own the family legacy in their own right, and had said, "Mukesh and I want them to pursue their dreams. We have given them roots and values and we are sure they will find their way and acquire their own wings. We are particular that they should earn the family legacy in their own right, through hard work and dedication. On the whole, we would like them to enjoy what they do and do that to their fullest potential." (Also Read: Nita Ambani And Isha Ambani 'Twin And Win' In Gota Work Ethnic Ensembles By Abu Jani Sandeep Khosla) 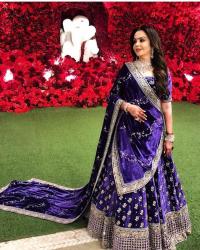 In another interview, Nita had also revealed how she brought up her kids, and had shared, "When my kids were still young, I’d give them Rs 5 each every Friday to spend in the school canteen. One day, my youngest, Anant, came running into my bedroom and demanded he be given Rs 10 instead. When I questioned him, he said his pals in school laughed whenever they saw him take out a five-rupee coin saying,‘Tu Ambani hai ya bhikari!’ Mukesh and I couldn’t help but crack up." 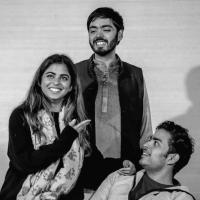 In a throwback interview with IDiva, she had talked about being told that she could never become a mother. She had revealed, “Becoming a mother. A few years after I got married, I was told by the doctors that I would never have children. Even when I was in school, I would write long, copious essays titled, ‘When I’ll be a mother…’ Here I was at the age of 23 being told that I would never conceive. I was shattered. However, with the help of Dr Firuza Parikh, who is one of my closest friends, I first conceived my twins!” (Also Read: Anant Ambani Attends Radhika Merchant's Family Function, Complement Each Other In Traditional Wears)

Well, we love the Ambani's unseen vacation picture! What about you?